(RNS) When Americans aren’t busy praying for themselves or their own needs — and most of them are — many are seeking divine intervention on behalf of a favorite sports team or the golden ticket in the lottery, according to a new survey. 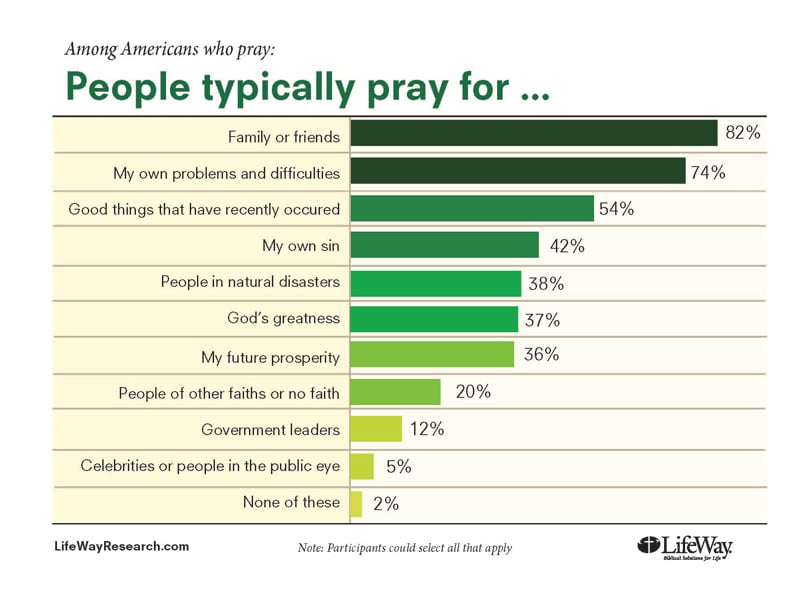 About 13 percent of Americans who pray say they pray for sports teams, compared with about one in five (21 percent) who say they have prayed to win the lottery, the new survey from LifeWay Research suggests.

A survey earlier this year from Public Religion Research Institute suggested that more Americans (26 percent) pray for their sports team, while more than seven in 10 (73 percent) say they have never done this.

Some of LifeWay’s new survey’s main findings include:

In the New Testament, Paul encourages Christians to pray for those in authority. However, only about 12 percent of Americans who pray say they pray for government officials, according to the survey. 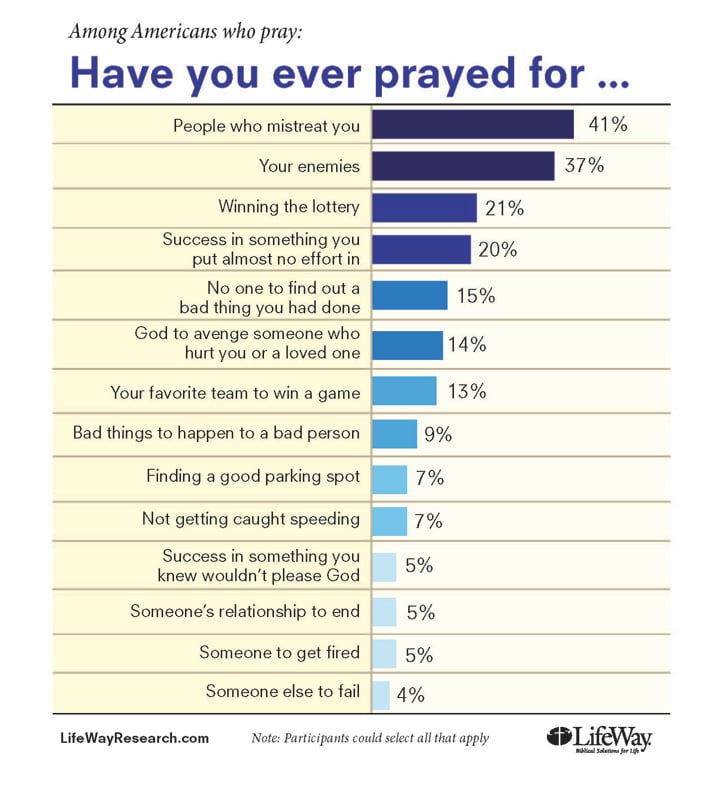 “Among Americans who pray: Have you ever prayed for…” graphic courtesy of LifeWay Christian Resources.

Jesus also directs Christians to pray for their enemies. About 40 percent who pray say they have done so, while four in 10 (41 percent) have prayed for people who have mistreated them.

Prayer is receiving attention this fall from at least two Christian leaders with books coming out: prolific Max Lucado, whose book “Before Amen: The Power of a Simple Prayer” came out Tuesday (Sept. 30), and New York City megachurch pastor Tim Keller, whose book “Prayer: Experiencing Awe and Intimacy With God” will be published Nov. 4.

About a third of survey respondents say they pray several times a day, according to the survey. About two-thirds (65 percent) of Americans say they pray at least once a month.

The online survey of 1,137 Americans has a margin of error of plus or minus 2.9 percentage points.