This week the Catholic church convened its extraordinary Synod of Bishops on the family. The goal is to discuss modern family life, a conversation that is proving to be more open than at the past synods. But how have American Catholic families and households changed? Here are five graphs showing four decades of changes (and some consistencies) using data from the General Social Survey. 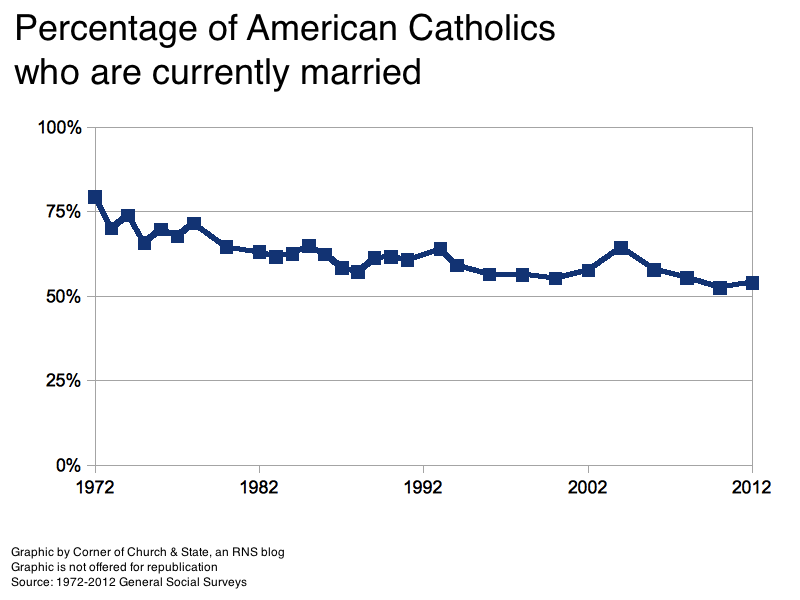 Up first: the decline of marriage. In the 1970s, three-out-of-four Catholic adults were married. Today, the percentage of Catholics who are married is hovering just about 50 percent. Most of this decline occurred in the late 1970s and early 1980s, when family law changed making divorce easier. But there’s more to the story, as we see in the next graph. 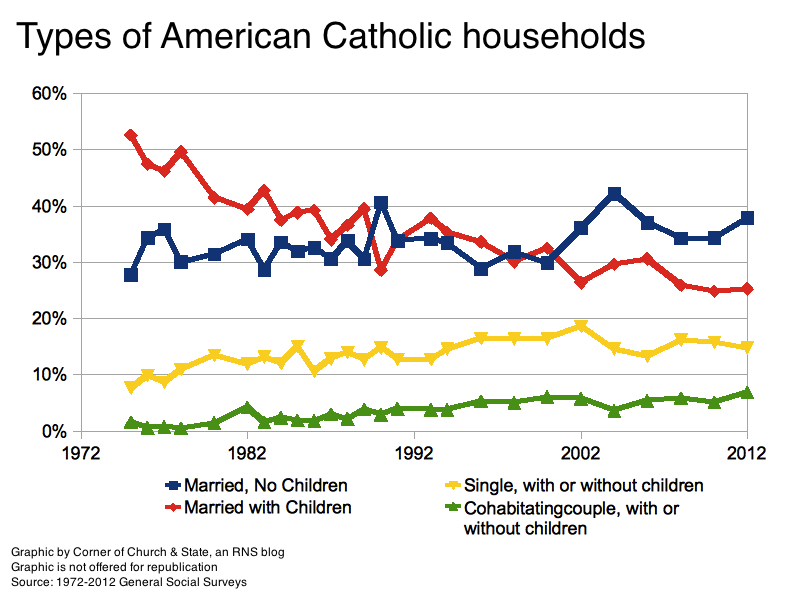 As marriages with children has declined, the percentage of Catholics who are single has doubled, with nearly all of this jump coming from single parents. Some of these are mothers who are not marrying their child’s father (as they would have in earlier decades); others are parents who are divorced.

We also see the emergence of cohabitation as a significant type of household. Four decades ago, the share of Catholics who were cohabiting was little more than a rounding error. Today, one-in-twenty Catholics are living with their significant other. 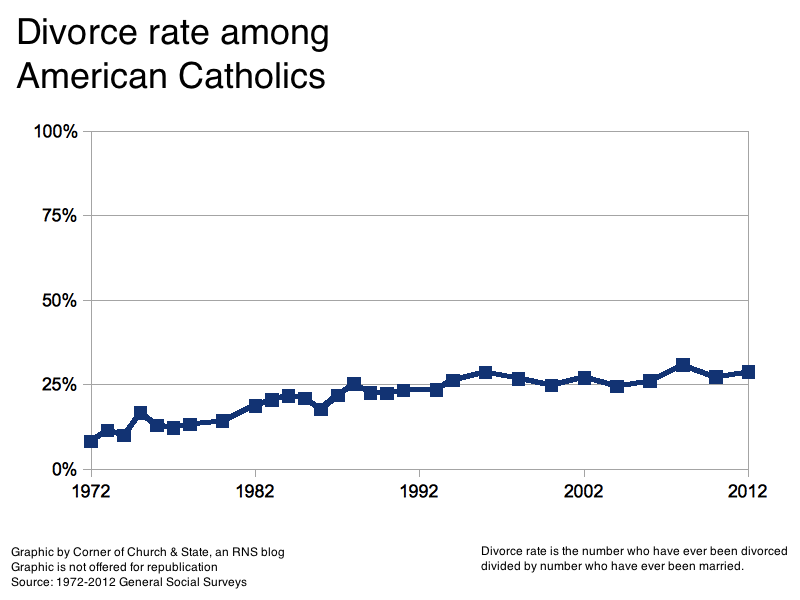 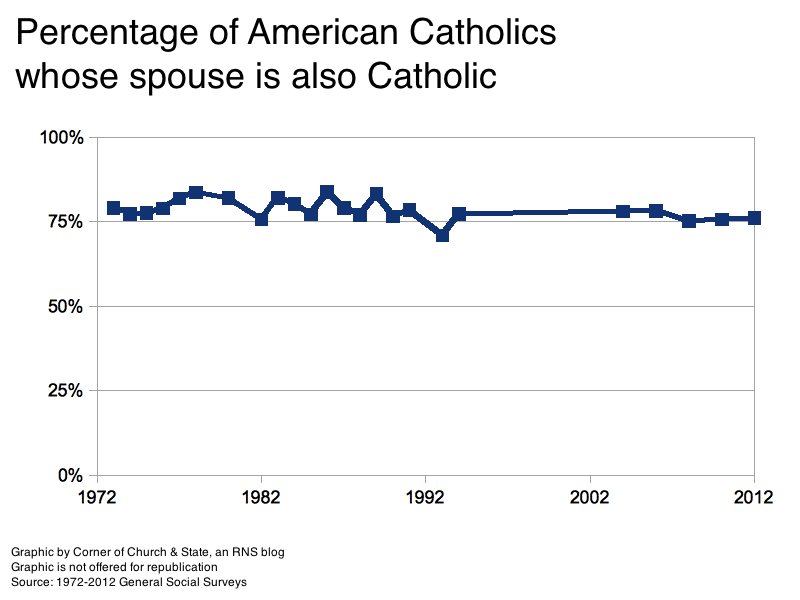 Some things haven’t changed so much. One is the percentage of Catholics who are married to a Catholic, which has stayed remarkably consistent over the time period. Three out of four marriages then and now are between two Catholics. 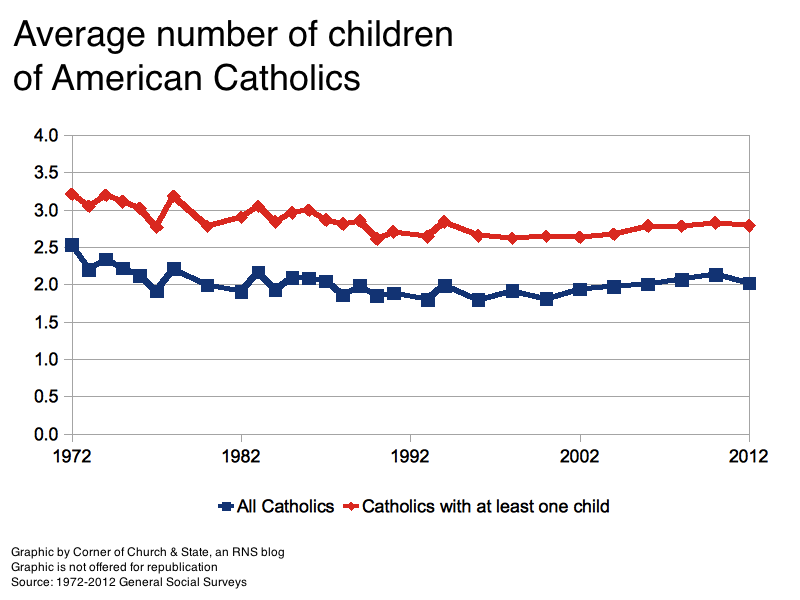