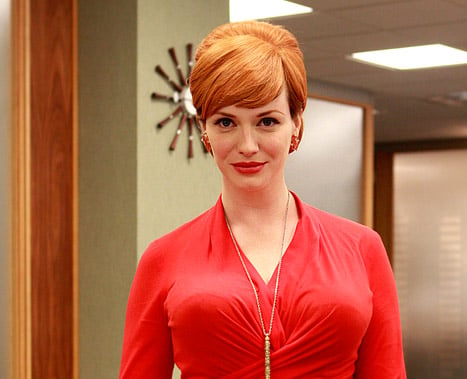 So, as the parents of twin 2-year-old boys, we spend a lot of time at our house reading kids books. Like, a lot of time. Anyone ever read "Giraffes Can't Dance?? Well, I have. About 1,567 times.

So, in keeping with the theme, here's today's news, presented in a format a 2-year-old could understand:

If you're the guy building a giant replica of Noah's Ark, told by Kentucky officials that you could lose millions in tax credits if you only hire people who believe in creationism and the great flood.

Or if you're a church offering plate, at risk of being put out of a job, according to On Faith's Dave Albertson.

Or if you're NBA player Danny Green, who made the unfortunate decision to post a selfie at Berlin's Holocaust memorial that included the requisite "lol."

Or if you're Gil Steinlauf, the D.C. rabbi who publicly came out as gay and is facing a divorce, and you're told by an Orthodox rabbi that you should have sucked it up and stayed married because "sometimes ... the right path is the painful one."

Or if you're the Texas Muslim group that offered to help clean up a highway and the sign with your name on it was defaced and replaced with a note that said "A Christian Community, USA." And also with you, I guess.

Or if you're General Theological Seminary in New York, plagued by infighting and all manner of church drama, and you just lost respected theologian Stanley Hauerwas as a guest lecturer. Salty Stanley would probably call it some version of a clusterf**k.

If you're a cow on your way to becoming a hamburger at the Museum of the Bible in Washington. PETA is asking museum founder Steve Green to serve only "Eden food" -- meaning vegetarian or vegan -- in the museum's cafe. Yeah, good luck with that.

Or if you're one of the two kids who got to take a spin around St. Peter's Square with Pope Francis in the popemobile. 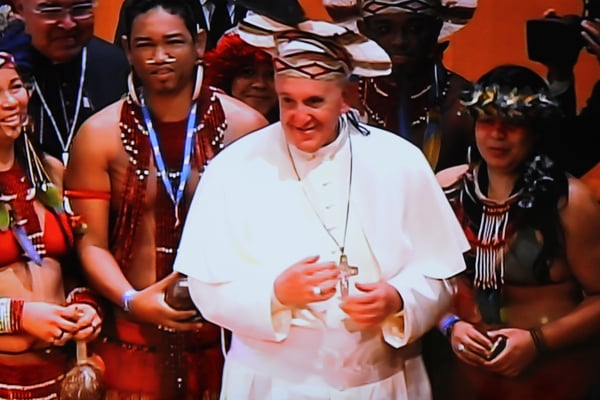 In one of the most inclusive gestures of his visit here, Pope Francis donned a headdress offered to him from an indigenous South American Indian at a ceremony in the city´s grand municipal theater. RNS photo by Robson Coehlo

Or, better yet, if you're Pope Francis and the bookies have you leading to win the Nobel Peace Prize tomorrow.

Or if you're me and you wander into the new Southern Food and Beverage Museum, where you can eat and drink the exhibits. And yes, if you're wondering, food is a religion in the South. And I'm culinarily Southern, just like I'm culinarily Jewish. Except when I get confused and make shrimp and grits.

Or if your name is Foley Beach, and you're going to be installed tonight as the new archbishop of the breakaway Anglican Church in North America. (See if you can decipher their note about whether female clergy can fully participate in the service).

Or if you're a reporter trying to get a quote from Vatican financial chief Cardinal George Pell: "I hope you’re not going to be one of those priests or bishops whose primary mission is to keep out of the press. If we are silent, we can’t complain that we’re not being heard.” Amen to that.

Or if you're one of the Detroit Catholic churches targeted for a "Mass Mob," where hundreds of strangers show up to pack the pews and pass the plate -- all fueled by, what else, Facebook.

Of if you're acclaimed novelist Marilynne Robinson and people are clamoring for your newest novel, "Lila." Robinson talks about faith, belief and the art of writing.

Or if you're Haaz Sleiman, just cast to play Jesus in Bill O'Reilly's upcoming "Killing Jesus" flick -- and one of the first guys who actually makes Jesus look and sound like he's from the Middle East, not London.

Or perhaps you're one of 10 U.S. seminaries who will split $3.75 million to teach seminarians about science.

This Forward headline says it all: "Meet the Yiddish-Speaking Grandmothers Who Retired as Amsterdam Prostitutes." THEY'RE 71-YEAR-OLD TWINS!!!!! And c'mon, it's worth an excerpt:

In the Netherlands, they are widely known by the Dutch title, which translates to “old whores.”

“The business taught us to get along with everybody, and I do mean everybody,” said Louise Fokkens, who retired in 2010 because of arthritis.

“Everybody” included priests, imams and rabbis, said the twins, who wore matching outfits during an interview last week at a Red Light District cafe.

“One of my Turkish clients shouted about Allah” at the moment of climax, Martine recalls.

If you're trying to keep track of the flurry of gay marriage decisions, try to follow this one: Justice Anthony Kennedy says gay marriage can proceed in Nevada, but not in neighboring Idaho (at least not yet). Estonia, meanwhile, is the first former Soviet satellite to recognize same-sex unions (they're not calling it marriage).

Southern Baptist ethics guru Russell Moore is counseling pastors on how to react to a parishioner who was born as John and now is Joan and wants to go back to being John. Or something like that. The thing is: I've never heard of a transgender person who wants to go backwards; most just want to be accepted as they are.

Russian evangelicals are wishing they could go back to the good ol' days after the fall of the Soviet Union, when everyone was showing an interest in church. These days, they say, it's mostly meh.

And with that, it's back to work, everyone. Make sure we have your email address below so we can send you the Roundup for free every day. It's a totally awesome very good super fantastic rockin-and-righteous way to start your day.