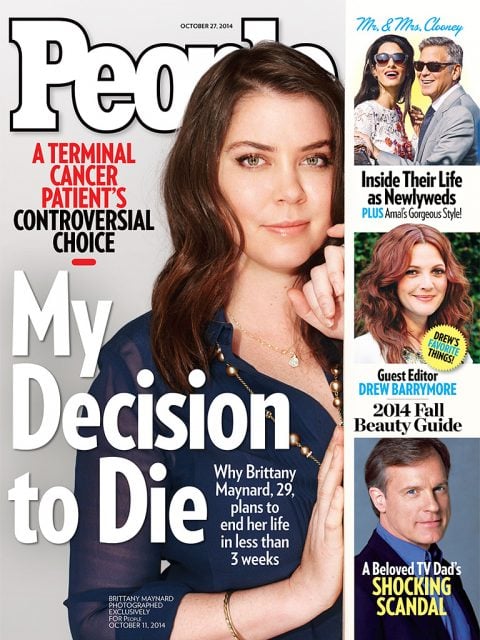 (RNS) It has been heartbreaking these last few days to hear the story of Brittany Maynard, a 29-year-old, beautiful young woman diagnosed with a glioblastoma brain tumor and given only a few months to live. The saddest part of the story for me, however, is not her prognosis, but her decision to end her life prematurely on Nov. 1 through physician-assisted suicide.

I understand she may be in great pain, and her treatment options are limited and have their own devastating side effects, but I believe Brittany is missing a critical factor in her formula for death: God. The journey Brittany — for that matter, all of us — will undertake on the other side of death is the most important venture on which we will ever embark. So it must not be disregarded or brushed aside without thinking twice about the God who alone has the right to decide when life should begin and end.

Unfortunately, three countries and five states have now determined that individuals can make these choices for themselves. This is what happens when God is removed: The moral consensus that has guided that society begins to unravel. People in this country have bought into the premise that one really is better off dead than disabled.

In the Netherlands, for instance, doctors are free to decide whether a child born with a disability should live. The government has come up with a guideline of standards and if the medical team believes that the child — or the parents — would face significant suffering, then that infant can be euthanized.

It shouldn’t be the state’s responsibility to help people who are despairing of their physical circumstances to kill themselves. Rather, let’s pour more effort into improving pain management therapies. Let’s channel more resources into the hospice movement. Let’s lift people out of depression through compassionate support and family assistance and help.

Romans 14:7 says, “For none of us lives to himself alone and none of us dies to himself alone.” Brittany’s well-publicized decision is already influencing untold numbers of despairing people that physician-assisted suicide could be the answer to their problems. This is no way to strengthen care and nurturing in society; rather, such a decision further unravels the cords of compassion that have characterized our nation for so many decades. A right to privacy is radicalized by physician-assisted suicide — it does not strengthen the common good, but only alienates, separates and dismantles us as a people who truly care for one another.

If I could spend a few moments with Brittany before she swallows that prescription she has already filled, I would tell her how I have felt the love of Jesus strengthen and comfort me through my own cancer, chronic pain and quadriplegia. I would tell her that the saddest thing of all would be for her to wake up on the other side of her tombstone only to face a grim, joyless existence not only without life, but without God.

Brittany may think her choice is a highly personal and private one, but it is not. Already, her decision has reignited hotly contested debates as to whether physician-assisted suicide should be expanded beyond the five states where it is legal. Proponents of Brittany’s decision are already using her story as a bully pulpit to advance their so-called death-with-dignity agendas.

But should access to lethal prescriptions be considered as merely another menu item available for dying patients? Is good hospice care allowing for people to control the timing and manner of their deaths? I do not believe so. Expanding hospice “services” to include an option to be put to death would not enhance palliative care, but actually interfere with the proper delivery of hospice services.

There are good laws throughout the U.S. that help people die with dignity — laws that provide advanced pain management therapies for people dealing with intractable pain. Plus, people have the legal right to refuse treatment if they don’t want it.

In addition, legalizing physician-assisted suicide in more states may send a bad signal to families who have little access to health care dollars: Would we be saying to low-income families, “We won’t provide health care for your critical condition, but we can make it easier for you to commit suicide”?

Most of all, assisted suicide poses a real danger to people with disabilities. Who is to say when multiple sclerosis or ALS is classifed as “terminal”? People who receive a diagnosis of a chronic, disabling condition often experience suicidal feelings, but later adapt very well. Working through that initial period of despondency takes a lot longer than the “waiting periods” of existing physician-assisted suicide laws. 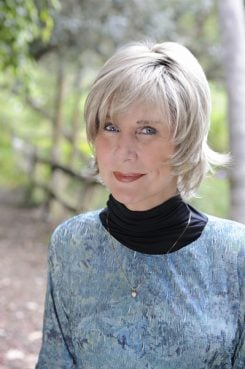 Joni Eareckson Tada is an author, disability advocate and the founder of Joni and Friends International Disability Center, whose Christian Institute on Disability aggressively promotes life, human dignity and the value of all individuals from a biblical perspective. Injured in a diving accident in 1967, Tada is one of the longest-living quadriplegics on record. Photo courtesy of Joni Eareckson Tada

Only Jesus was able to transform the landscape of life-after-death by conquering the grave and opening the path to eternal life. Three grams of phenobarbital will provide only a temporary reprieve and will only more quickly usher in an eternity separated from God, which would be ultimate and pointless suffering.

Life is the most irreplaceable and fundamental condition of the human experience, and I implore Brittany and others considering her example to take a long, hard look at the consequences of a decision that is so fatal, and worst of all, so final.

(Joni Eareckson Tada is an author, disability advocate and the founder of Joni and Friends International Disability Center, whose Christian Institute on Disability aggressively promotes life, human dignity and the value of all individuals from a biblical perspective. Injured in a diving accident in 1967, Tada is one of the longest-living quadriplegics on record.) 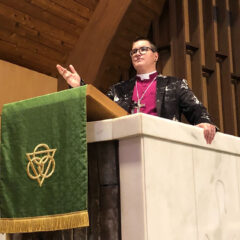