SILVER SPRING, Md. (RNS) Seventh-day Adventists opted for a middle-way approach on the divisive issue of women’s ordination on Tuesday (Oct. 14), kicking the question to next year’s worldwide meeting without taking a firm stance either for or against women’s ordination.

Next year’s debate will come nearly 100 years after the death of Adventist matriarch Ellen White and could settle decades of disagreement over whether women should be allowed to be ordained in the 18 million-member church she co-founded.

The church’s Annual Council voted to refer the matter to the 2015 General Conference Session in San Antonio. Under the proposal, regional church bodies would be able to decide whether to ordain women pastors. 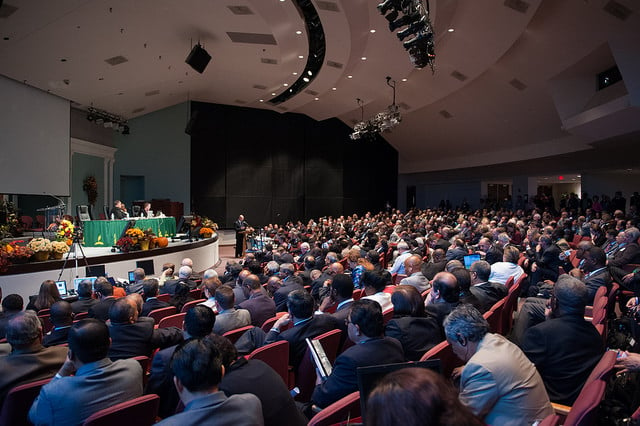 “Is it acceptable for division executive committees, as they may deem it appropriate in their territories, to make provision for the ordination of women to the gospel ministry?” is the question that will be asked at the 2015 worldwide gathering in Texas.

Tuesday’s 243-44 vote marks the latest step in a debate that has divided the denomination, which time and again has voted to not permit women’s ordination.

Despite the churchwide ban on ordaining women, several U.S. regional groups have voted for women to be ordained. The Adventists’ Southeastern California Conference elected a female president, and several of the church’s 13 worldwide divisions have approved theological reviews suggesting that women’s ordination should be widely accepted.

Women pastors have often held a “commissioned” credential without being formally ordained.

More than 500 people attending Tuesday’s meeting at church headquarters in Silver Spring heard both sides of the issue after a task force spent two years studying theological questions about ordination.

Artur Stele, who chaired the Theology of Ordination Study Committee, said the 106-member panel gained a consensus on the theology of ordination but not on whether women should be ordained.

“If someone has made up his mind or her mind, it is impossible to change it,” he said. “Very, very little change took place. This really reminds me of our need to be open for God’s guidance.” 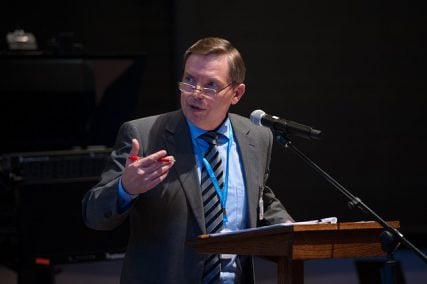 Artur Stele, a general vice president of the church and director of the Biblical Research Institute, speaks during the 2014 Annual Council on Sunday (Oct. 12).

The committee outlined options ranging from outright prohibition to allowing women’s ordination in some regional bodies where it is deemed “appropriate” but not forcing any individual pastor or congregation “to support such diversity.”

Stele, along with other speakers, said the church cannot keep pushing off a final decision.

“Then the task would be an eternal task,” he said. “Even when Jesus would come we would still be in the final sections of the report.”

SDA President Ted N.C. Wilson said the 127-page committee report was endorsed by an array of church leaders. But, in an attempt to move toward a final resolution, those officers also recommended that a question be brought to the 2015 meeting “that is not a weighted question one way or another,” Wilson said.

For hours, the delegates debated whether the question was unbiased, should be changed or would split the church.

Dan Jackson, who heads the Adventists’ North American Division, supports women clergy and said “we will not break the church if individual divisions have the right to ordain women.” 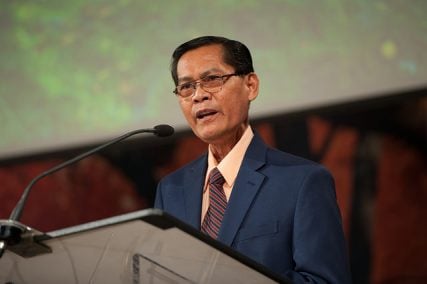 Alberto C. Gulfan Jr. is president of the Adventists’ Southern Asia-Pacific Division. He addressed Annual Council delegates during the Council on Evangelism and Witness on Friday (Oct. 10).

Alberto C. Gulfan Jr., president of the Southern Asia-Pacific Division, expressed his appreciation for how women serve in many evangelistic and educational roles — including “Sabbath school superintendents” — but said his division has not affirmed their ordination as pastors. He, too, wants a final vote by the General Conference delegates.

“We are also supporting this recommendation to bring this to the General Conference in session and let the world church decide on the issue once and for all,” he said. News
Some churches leave UMC through formal process; others are suing
Follow us on Facebook!
Submit your photos to RNS