(RNS) Once the first person in America died from Ebola, the usual bigots and ideologues blamed it on President Obama, whom they loathe. Some suggested Obama deliberately allowed the virus into the U.S. for nefarious purposes.

“He wants us to be just like everybody else, and if Africa is suffering from Ebola, we ought to join the group and be suffering from it, too. That’s his attitude,” said Phyllis Schlafly, the matriarch of America’s religious right. 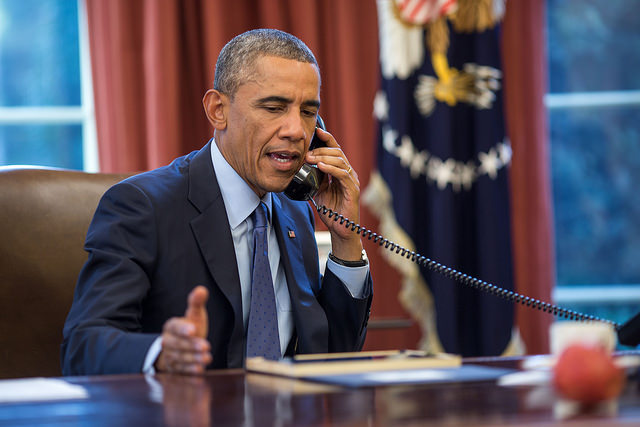 President Obama talks on the phone with Dr. Tom Frieden, director of the Centers for Disease Control and Prevention, about recently diagnosed Ebola cases in Dallas. Official White House photo by Pete Souza

Every misstep will be laid at the president’s doorstep, as if he personally ordered a Dallas hospital to screw up.

Such nonsense plays well in an election year, at least with a certain portion of the electorate. But the question remains: How are we as a society to deal with a potential contagion that could impact our lives?

Our worst instincts, as always, will be to blame whatever we don’t like, to imagine barriers and travel bans that would protect us, and to turn against each other. Schlafly, for one, blames Obama personally for  “letting these diseased people into this country to infect our own people.”

Similar instincts served us poorly after 9/11, during various Red Scares and during our many wars. They are like a child’s instinct to hide under a bed: We crouch in fear without thinking first.

Our current legislative leaders, unfortunately, have little instinct for leadership. They are most likely to harvest votes among the fearful by stoking their fears. All but the most responsible media will join them in making hay from havoc.

Let’s imagine a better scenario, perhaps even one that faithful people could help to bring about.

First, no cheap blaming. God isn’t causing this virus to spread through western Africa as some sort of punishment for the people there, or to come to these shores as some punishment of us. Diseases happen, and they spread through a combination of bad luck, human error and ignorance.

Second, people need to be helped back from the edge of hysteria. Not through unrealistic predictions, as we seem to be hearing now, but through confidence in those tackling the virus and our ability, through common sense and bravery, to deal with it.

Third, we need to take personal responsibility for getting informed and staying informed, so we can provide useful guidance to children and the vulnerable and take appropriate precautions within our sphere of care and influence.

Fourth, we need to look outside our walls to see who needs help. Beyond family, beyond church, beyond our community — where is help needed, and can we provide it?

Fifth, we need to muster our personal and spiritual resources and find the courage to face something largely beyond our control. If the Ebola virus breaks out of current containment measures and spreads into the general population, our communities will require people with mature judgment and the courage to stand against the legions of fear. 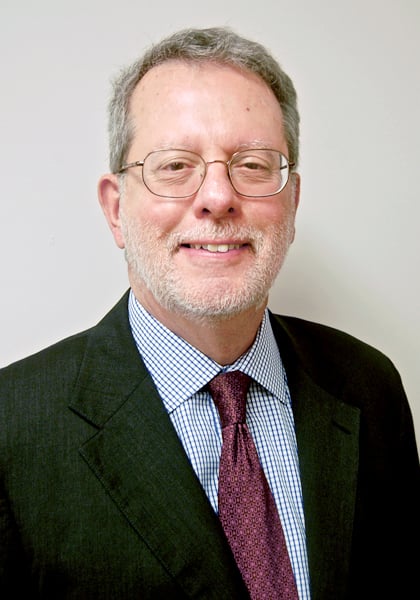 This is a lot to ask. Little in our faith formation has prepared us to deal with such things. Faith communities need to be preparing now, not later. Teaching good theology, for example, in the area of disease causes. Forming emergency response teams. Preparing safe places in case hysteria gets out of hand. Checking in with constituents to counter isolation.

It could well be that none of these steps is necessary to deal with Ebola. But the effort won’t be wasted, for these are fearful times. Ideologues are in full assault, and people are too isolated for their own good. Getting ready for Ebola will get us ready for other crises, as well.

Martini Judaism
What was the president really saying last night?
News
Fear of Ebola keeps the faithful at home in Congo
General story
Church in Congo suspends sacraments as Ebola spreads
Opinion
Do not be afraid
Beliefs
Moving beyond a fear-based faith
© Copyright 2020, Religion News Service. All rights reserved. Use of and/or registration on any portion of this site constitutes acceptance of our User Agreement and Privacy Policy, Privacy Statement and Cookie Notice. The material on this site may not be reproduced, distributed, transmitted, cached or otherwise used, except with the prior written permission of Religion News Service.