(RNS) Mention the concept of “nonviolent resistance” and two names immediately come to mind: Mahatma Gandhi, the Indian leader who led his nation to independence from British colonial rule, and Martin Luther King Jr., who led the struggle for civil rights in America. Tragically, both champions of nonviolence were assassinated: Gandhi in 1948 and King 20 years later. Today many people throughout the world revere both advocates of nonviolence.

While Gandhi and King were largely successful in their efforts, the question remains whether nonviolent resistance is always the most effective strategy in the face of radical evil, injustice, and aggression. After all, there remains a thin line between nonviolence and martyrdom.

Professor Charles DiSalvo of West Virginia University has recently published “M.K. Gandhi, Attorney at Law: The Man Before the Mahatma,” an excellent study of Gandhi’s 20 years as a young attorney in South Africa where he faced anti-Indian stereotyping and bigotry.

Interestingly, Gandhi’s two closest friends were Jews he knew in Durban and Johannesburg. But despite Gandhi’s personal friendships and his commitment to freedom and security for his own people, he was indifferent, at best, or naive, about the Nazi persecution of Jews.

Even as late as 1939, Gandhi continued to advise Jews in Germany and Austria to practice nonviolent tactics when confronting Nazism. In a series of letters and private communications written that year to the Jewish philosopher Martin Buber, Gandhi urged the Jews of Germany “to melt” Nazi hearts by engaging in "Satyagraha," or “truth force.” Buber, who had fled Europe and Nazism in 1938 for safe haven in Jerusalem, condemned such counsel.

In a lengthy 1939 open letter to Gandhi, Buber asked: “And do you think perhaps that a Jew in Germany could pronounce in public one single sentence of a speech such as yours without being knocked down? … Such actions, however exerted, apparently do not have the slightest influence on their (Nazi) opponents.”

The pacifist Buber was under no illusions that nonviolent resistance would save Jews from death. He reminded Gandhi that "ineffective, unobserved martyrdom, a martyrdom cast to the winds -- that is the fate of innumerable Jews in Germany.”

Despite the ugly colonialism of the British and the racist Jim Crow laws in America, Gandhi's and King’s foes were not genocidal Nazis. Indeed, many of King's fellow Americans, including prominent Christian and Jewish religious leaders, joined him in marches, rallies, and other forms of nonviolent activities in the United States, and Gandhi gained supporters for his cause among a significant number of Britons.

Buber’s forceful testimony did not change Gandhi’s positions, nor did Gandhi influence Buber. And that raises the question: Should Gandhi’s nonviolent resistance be employed today in the face of Islamic State beheadings, crucifixions, rapes and other atrocities?

Pope Francis apparently does not think so. In August he publicly endorsed using force to prevent Islamic militants from assaulting Christian and other religious minorities in Iraq.

Vatican observers noted the Pope also praised various active efforts -- diplomatic, political, humanitarian, and military -- to aid civilians fleeing Islamic State brutality: "I thank those who, with courage, are bringing succor to these brothers and sisters, and I am confident that an effective political solution on both the international and the local levels may be found to stop these crimes and re-establish (the rule of) law." Not exactly a call for nonviolent resistance. 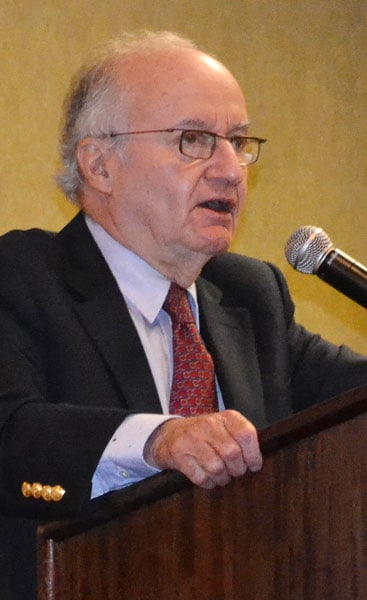 In July, New York Times columnist Nicholas Kristof gave some unsolicited and mostly ignored advice to the Palestinians. Instead of Hamas’ armed attacks on Israel and other acts of physical violence, Kristof urged Palestinians to emulate Gandhi’s efforts: “If Palestinians turned to huge Gandhi-style nonviolence resistance campaigns, videos would reverberate around the world and Palestine would achieve statehood and freedom.”

Perhaps Kristof is correct, but until now Satyagraha is not a widely used Palestinian strategy, and in the worst conflict spots across the world, it may never be.