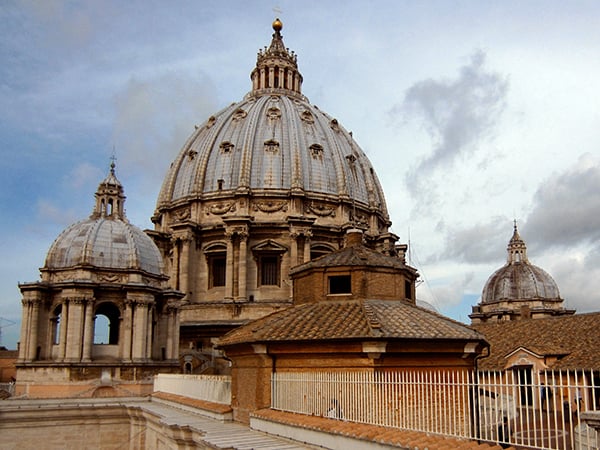 The Vatican’s top ethicist condemned Brittany Maynard’s decision to end her life, saying there was no dignity in her physician-assisted death.

VATICAN CITY (RNS) The Vatican’s top ethicist condemned Brittany Maynard’s decision to end her life, saying there was no dignity in her physician-assisted death.

Maynard, 29, took a lethal prescription provided by a doctor under Oregon’s death-with-dignity law. She died in her bed Saturday (Nov. 1) after leaving family and friends a final farewell message. Earlier this year, she was diagnosed with an inoperable brain tumor and given only months to live.

“We don’t judge people, but the gesture in itself is to be condemned,” said Monsignor Ignacio Carrasco de Paula, head of the Pontifical Academy for Life, which is responsible for ethical issues in the Catholic Church.

“Assisted suicide is an absurdity,” Carrasco de Paula told the Italian news agency ANSA. “Dignity is something different than putting an end to your own life.”

Maynard became a media sensation as a video she posted on YouTube was viewed 9.8 million times. Her death made her an appealing young face for the right-to-die movement.

“Killing yourself is not a good thing; it’s a bad thing because it says no to life and to all that means in relation to our duty in the world and to those close to us,” the ethicist said.

Carrasco de Paula said assisted suicide was also dangerous because it offered a potential “solution” for a society that sought to abandon the sick and quit paying the costs of their illnesses.

“Today is the day I have chosen to pass away with dignity in the face of my terminal illness… the world is a beautiful place, travel has been my greatest teacher, my close friends and folks are the greatest givers… goodbye world,” said Maynard in a Facebook post, according to People magazine.

Compassion & Choices, the advocacy group that worked closely with Maynard, said she died peacefully “surrounded by close family and loved ones.”

“Brittany has died, but her love of life and nature, her passion and spirit endure,” said the organization’s president, Barbara Coombs Lee, on its website. “We will work to carry on her legacy of bringing end-of-life choice to all Americans.”