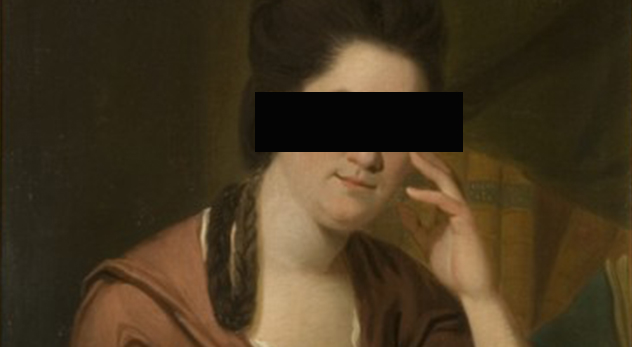 She was a bestselling author and powerful advocate for education of the poor who transformed Britain’s upper class and helped end the slave trade. Thanks to a new biography, you no longer have an excuse for not knowing who she is. – Oil painting of Hannah More by Frances Reynolds courtesy of Bristol Museums Galleries and Archives

She was a bestselling author and powerful advocate for education of the poor who transformed Britain’s upper class and helped end the slave trade. This prominent evangelical’s name is Hannah More, and you’ve likely never heard of her. But thanks to a new biography, “Fierce Convictions: The Extraordinary Life of Hannah More–Poet, Reformer, Abolitionist,” you no longer have an excuse.

The disparity between More’s stunning accomplishments and relative obscurity prompted me to dig a little deeper into her story. Here, I discuss More’s life and legacy and why we can’t afford not to know about her with “Fierce Convictions” author Karen Swallow Prior.

RNS: I’m guessing almost no one reading this has heard of Hannah More. Why should they know about her now?

KSP: You guessed correctly! Of course, I think readers need to know about her. Hannah More’s life is the story of a humble-born woman who became a celebrity author, an influential reformer, and a leader within evangelicalism in a time when few women were any of these things. And she used all of these roles to dramatically transform her society from high to low. More was no saint, but she is inspiring at the same time that she is a flawed but fascinating human being.

RNS: Okay, but Hannah grew up in 18th century Britain. How is she relevant to 21st century readers?

KSP: More lived in rapidly changing and increasingly fractured times, much as we do now. England had faced centuries of religious and political upheavals. Modernity was coming into maturity, bringing with it significant challenges to longstanding social and cultural traditions. At the heart of many of these changes lay the burgeoning evangelical movement. I think readers will find many parallels between More’s society and ours, as well as between her particular opportunities and challenges and the ones we face today, particularly for people of faith.

KSP: The most important one was the movement to abolish the slave trade. More was at the center of the evangelical branch of the abolitionist movement. Despite the fact that evangelicals and others frowned upon women playing political or public roles in the movement, More wielded considerable power in other ways: writing anti-slavery poetry and pamphlets, leading sugar boycotts, and carrying around a drawing of a slave ship to pull out at fancy dinner parties. Besides her work in the abolitionist movement, More opened Sunday Schools in which the poor were taught reading, arithmetic, and Bible lessons. She also published works aimed at reforming and reviving the religion and manner of fashionable society, and these works were wildly popular.

RNS: You note it was uncommon for women to be such strong cultural influences in that culture? How is her example specifically relevant to modern women?

KSP: It was certainly uncommon for women to be such strong cultural influences at that time, at least not in such a public way. In fact, the most famous examples of other women leaders were those who were avowedly secularist revolutionaries. So it was even more unusual for a conservative Christian woman to be such a strong influence. While More clearly felt some of the tensions between her conservatism and her role as a cultural leader, she really navigated well her desire to be true to her convictions and her desire to bring reform to her world.

She faced many challenges in being a woman—including being mocked and derided as a “Bishop in petticoats”—but she also took full advantage of the opportunities that came her way. I think most women in the Christian church today face similar challenges. This is why More has a lot to teach us today, both men and women. 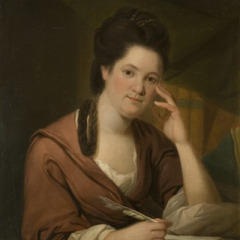 RNS: You argue that her personal life influenced her public life, including her decision to turn down a suitor. Talk about this.

KSP: This is a very interesting aspect of More’s story. The entire trajectory of her life hinged on a failed courtship by a wealthy landowner. After repeated bouts of cold feet on the part of her fiancé, More finally turned him down. This resulted in his settling with her family on an annuity–as was customary in such cases, since a broken engagement tarnished a woman’s reputation. This annuity is what gave More the financial independence that allowed her to pursue the writing life. Her writing led to her fame, and when she became more serious about her Christian faith, she leveraged that fame in undertaking her various reform efforts. It’s a remarkable example of the providence of God transforming a devastating personal event into a great good.

RNS: You and I share a common interest in animal welfare issues. How was Hannah involved on these issues in her time?

KSP: The evangelical movement’s central part in the animal welfare movement has, sadly, been largely forgotten today. More did not play as leading a role as her friend Wilberforce did on these issues. More’s approach to animal welfare, rather than being treated as a separate cause, was woven naturally into the rest of her work.

More did this most pointedly in her series of cheap tracts, written to provide edifying but entertaining reading material for the poor. In these stories, kindness to animals was presented simply as one part of a holistic approach to piety and moral responsibility. On the other hand, wicked characters were often depicted as cruel to animals. While for most in the surrounding culture, animals were viewed as mere machines or possessions, for More and her fellow evangelicals, the humane treatment of animals was regarded as a duty of a higher creature toward a lower; humanity’s concern for animals was understood by them to be a way to reflect God’s concern for humankind.