TORONTO (RNS) Canadian lawmakers are weighing legislation that would ban arranged marriages of minors and make polygamy grounds for deportation. 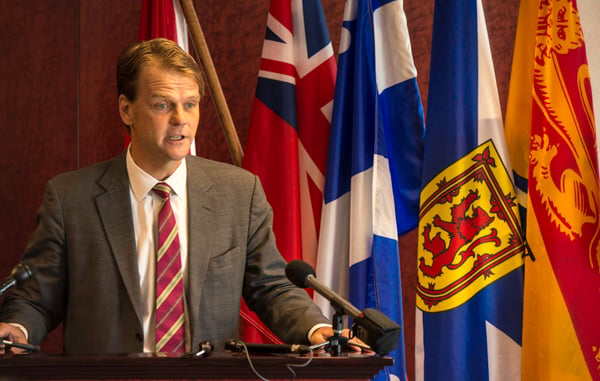 (RNS) Canadian Citizenship and Immigration Minister Chris Alexander has proposed a bill that would ban marriage for underage children, and make polygamy grounds for deportation.

The “Zero Tolerance for Barbaric Cultural Practices Act,” introduced Wednesday (Nov. 5) by Chris Alexander, minister of citizenship and immigration, would set 16 as the minimum national age for marriage in Canada.

If passed into law, the measure will make it a criminal offense to participate in or officiate at the marriage of an underage child. Removing a child from Canada for the purposes of arranged marriage would also be a crime.

In addition, those practicing polygamy would no longer be allowed to immigrate to Canada with any of their spouses. Polygamists already living in Canada would be deported.

The government also seeks to prevent honor killings by amending the Criminal Code to eliminate the defense of provocation.

“We intend on sending a strong message to those in Canada and those who wish to come to Canada that we will not tolerate cultural traditions in Canada that deprive individuals of their human rights,” Alexander said.

The measures would “show quite clearly that our Canadian values do not extend to barbaric acts,” he added.

The Canadian Press reported the act might meet resistance from some Arab and African countries, and they cited an internal government memo saying that if the measure were adopted, it would “certainly create bilateral irritants” with dozens of countries where polygamy remains legal.

Elections are coming up in a year, so the governing Conservatives, who have a majority in the House of Commons, would have to hurry to pass the bill. 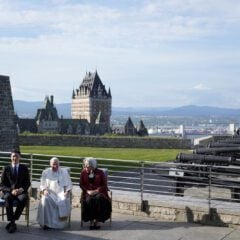 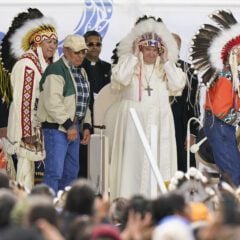 Religion Hub
Pope in headdress stirs deep emotions in Indian Country
Follow us on Facebook!
Submit your photos to RNS