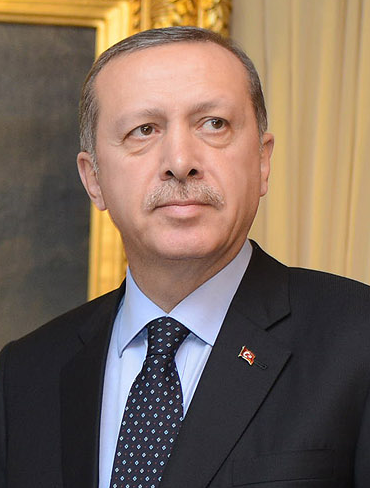 VATICAN CITY (RNS) Pope Francis’ penchant for austerity and humility will face a diplomatic challenge when he visits Turkey’s new ostentatious presidential palace on his first visit to the country later this month.

Francis will be the first foreign dignitary to be welcomed by President Recep Tayyip Erdogan at the new 1,000-room palace when he visits Ankara on Nov. 28.

Turkish architects have written to the pope urging him not to go to the palace built by Erdogan and known locally as the “White Palace.”

Larger than the White House or Buckingham Palace in London, the enormous palace was inaugurated last month and expected to cost more than half a billion dollars.

The palace was built on land bequeathed to the state as a forest farm by Mustafa Kemal Ataturk, the World War I general and revered founder of the modern Turkish republic.

The pope is scheduled to give a speech at the palace after a visit to Ataturk’s mausoleum on the first leg of his three-day visit to Ankara and Istanbul.

According to Turkey’s Hurriyet Daily News, the Chamber of Architects has asked the pope “not to legitimize the construction, which is illegal according to international laws, by attending the ceremony to be held at the unlicensed building.”

Tezcan Karakus Candan, who heads the chamber’s Ankara branch, said the architects were writing to all foreign heads of state and urging them not to participate in any ceremonies at the “unlicensed palace,” which they claim has cut the size of the neighboring forest to 17 acres.

“We have taken the fight for Ataturk Forest Farm to an international level,” Candan said. “We will follow through on this and deliver our reports and letters to all foreign guests.”

Construction of the controversial palace has already generated global attention and will present an odd backdrop for the Argentinian pontiff who has made it clear he has little appetite for indulgence and excess.

“For many Turks that building is a symbol of pure greed, cronyism and hunger for absolute power,” Yavuz Baydar, a Turkish blogger, told the Italian daily La Repubblica.