SALT LAKE CITY (RNS) Until now, if you were a Mormon woman hired to teach at an church seminary for high schoolers or an institute for college students, the moment your first child showed up, you lost your job.

If you were divorced but happily married a second time — even for decades — you could not be considered for either position.

On Friday (Nov. 14), both those policies were reversed.

Mormon mothers with children in the home as well as members who have been previously divorced now can be hired to teach in one of the LDS seminaries or institutes of religion.

“This change makes it possible for families to decide what best meets their needs as it relates to mothers working while raising children,” the Utah-based faith announced in a memo regarding hiring policies. “This policy is consistent with other church departments.” 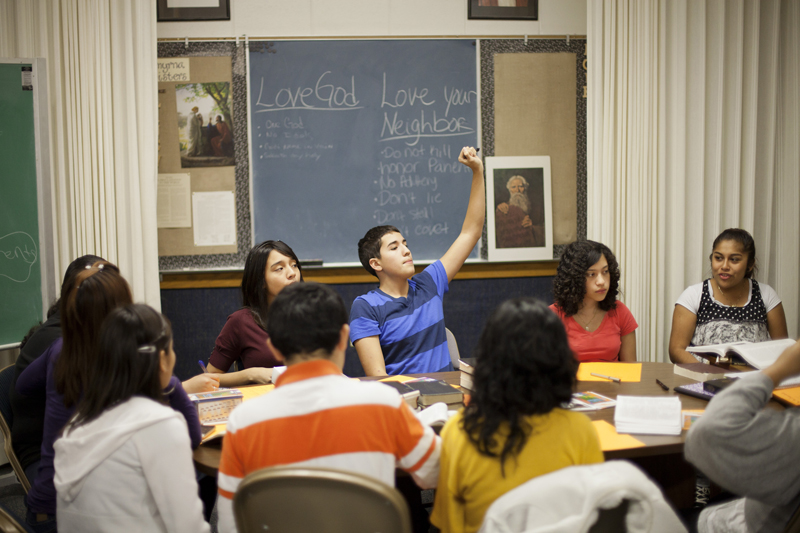 Nearly 800,000 students are enrolled in LDS seminary or institute courses across the globe.

This change affects only those 2,200 employees who teach full or part time for The Church of Jesus Christ of Latter-day Saints, most of whom are in Utah and Idaho.

The vast majority of the church’s seminary teachers — some 44,000 — are volunteers, drawn from local congregations, many of whom are women with young children.

The shift comes amid wide-ranging efforts to enhance the visibility and roles of women in the LDS Church. Leaders lowered the age of female missionaries from 21 to 19, which fueled a dramatic increase in the number of “sisters” serving. Women offered prayers for the first time during the faith’s semiannual General Conferences against an unsuccessful grass-roots drive to ordain women to the all-male priesthood.

The seminary revision “is not connected to other conversations about women,” said Chad Webb, administrator of the faith’s seminaries and institutes. “It’s just an educational decision.”