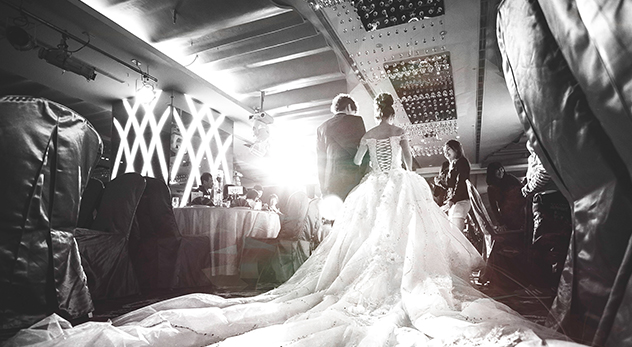 A prominent religious journal has launched a movement encouraging pastors to refuse to perform marriages as representatives of the state. The concept is not entirely novel and isn’t just being proposed by conservatives.- (Image credit: http://bit.ly/1uJwoaA)

What’s the surest way conservative pastors can avoid ever having to perform government-mandated gay marriages? According to one prominent religious journal and a growing number of ministers, the answer is not to perform any civil marriages at all.

First Things, a conservative religious publication, has launched a movement encouraging pastors to refuse to perform marriages as representatives of the state. A signing statement called “The Marriage Pledge” has been posted to their website where ministers can affix their names electronically. It was drafted by Ephraim Radner, an ordained Anglican and professor of historical theology at Toronto School of Theology’s Wycliffe College, and Christopher Seitz, an ordained Episcopalian priest and senior research professor at Wycliffe.

“In many jurisdictions, including many of the United States, civil authorities have adopted a definition of marriage that explicitly rejects the age-old requirement of male-female pairing,” the pledge says. “In a few short years or even months, it is very likely that this new definition will become the law of the land, and in all jurisdictions the rights, privileges, and duties of marriage will be granted to men in partnership with men, and women with women.”

Therefore, in our roles as Christian ministers, we, the undersigned, commit ourselves to disengaging civil and Christian marriage in the performance of our pastoral duties. We will no longer serve as agents of the state in marriage. We will no longer sign government-provided marriage certificates. We will ask couples to seek civil marriage separately from their church-related vows and blessings. We will preside only at those weddings that seek to establish a Christian marriage in accord with the principles ­articulated and lived out from the beginning of the Church’s life.

Yesterday, First Things’ editor R.R. Reno teed up the effort with a column Solomonically titled, “A Time to Rend.”

Reno wrote, “For a long time Christianity has sewn its teachings into the fabric of Western culture. That was a good thing . . . . But the season of sewing is ending. Now is a time for rending, not for the sake of disengaging from culture or retreating from the public square, but so that our salt does not lose its savor.”

Dozens of ministers from a range of Christian traditions have already signed the pledge. Their respective congregants will now presumably ask their ministers to perform a religious ceremony and concurrently but separately take the necessary steps to obtain a marriage certificate from the state.

The concept that civil and religious marriage should be seperate is not entirely novel. At U.S. Catholic, columnist Bryan Cones has asked, “Is it time to separate church and state marriages?” And writer Len Wooley raised similar questions at the Mormon-run Deseret News.

But what’s more interesting is that the idea isn’t just being suggested by conservatives.

Gene Robinson, the first openly gay Episcopal bishop, proposed the idea as early as 2009. And in July of this year, Paul Waldman argued at The American Prospect, a progressive publication, that religious couples should fill out state-mandated marriage forms and then have whatever kind of religious ceremony they desire. “The wedding, in other words, should be a ritual with no content prescribed by the state, no ‘By the power vested in me by the state of Indiana’ at all . . . . The state doesn’t tell you how to celebrate Christmas or Ramadan, and it shouldn’t tell you how to get married,” Waldman said.

“The Marriage Pledge” is not some crazy media stunt driven by fringy conservative activists. It’s a document drafted by respected Christian scholars, and the idea they are proposing is one that thinkers on both sides of the marriage debate support. While it may seem revolutionary to those who can’t imagine a different path to “I do,” it should not be dismissed out of hand.

Indeed, rending the church and state in this way may help diverse factions of believers to remain unified.