STANFORD, Calif. (RNS) An atheist, a humanist and an agnostic walk into a restaurant.

The hostess says, “Table for one?”

An old joke, yes, but its essence lies at the heart of “Atheist Mind, Humanist Heart: Rewriting the Ten Commandments for the Twenty-First Century,” a new book by Lex Bayer and John Figdor.

Bayer, 36, is a Stanford grad and longtime humanist, and Figdor, 30, is the new humanist chaplain at Stanford University. The two met when Bayer, a venture capitalist and engineer, wrote a news story about Figdor’s arrival at Stanford. The two soon discovered they liked hashing out difficult ideas about the way people live. 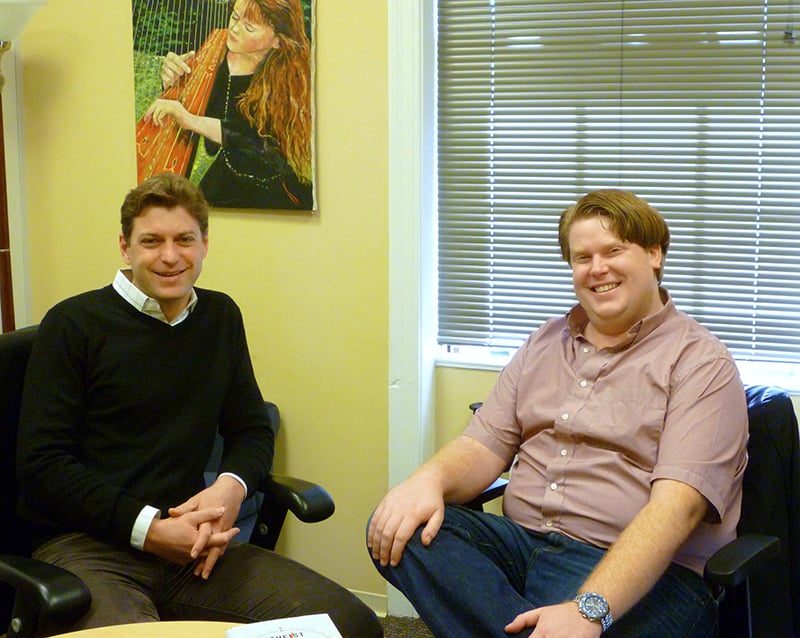 They began meeting regularly for coffee, brought along their computers and were soon on their way to drafting a book — a kind of philosophical roadmap to essential beliefs for nonbelievers.

“There are lots of books out there about why you should not believe in God,” Bayer said. “But there aren’t any about what do secular people believe in. I think that’s the question John and I felt hadn’t been adequately addressed.”

In exploring that, the two men — both whom have studied philosophy and logic — came up with 10 essentials. For the extra-nerdy, there’s even “a theorem of belief” in the appendix that looks like something a mathematician might scribble.

The result is 10 “non-commandments” — the authors’ irreducible statements of atheist and humanist belief. 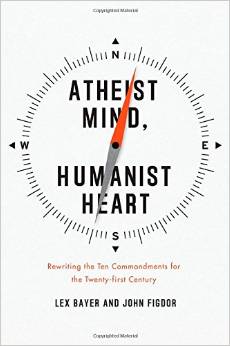 First up: “The world is real, and our desire to understand the world is the basis for belief.”

No. 2 on the list: “We can perceive the world only through our human senses.”

Halfway through, at No. 5, the authors conclude: “There is no God.” Once over that hurdle, the non-commandments become less controversial — an ethical society is good, as is moral behavior.

But it is the last non-commandment that makes these maxims very different from the biblical version: All of the above is “subject to change in the face of new evidence.” They are, quite literally, not written in stone.

The goal of the book, the authors say, is to encourage atheists and humanists to define what they believe so they can articulate it better, both to themselves and to a broader society that often regards atheists as immoral and untrustworthy.

“We want to show people who may have a false view of the atheist community as this sour group of people who want to prove there is no God and sit in a basement all day and argue about that,” Figdor said. “But we want to show them it is actually full of happy, empathetic and compassionate people whose lives are full of meaning and value.”

What’s also different is that these non-commandments are intended to be interactive. Included in the book is a worksheet where readers can craft their own list of non-commandments. They can share these commandments on a website the authors set up for just such an exchange.

Some of the submissions read like prescriptions for happiness: “Be happy,” “Do not fear death,” and “Keep your sense of humor.” And some are commandments of the biblical kind: “Do not kill,” “Do not steal” and “Be truthful.” Others express a sense of hope that abiding by them could lead to a better world.

“Treat yourself, others and the planet with compassion and reverence,” Leslie Heil submitted.

Figdor and Bayer are delighted by the range — about 1,600 responses submitted so far.

To encourage more, they’ve established a “ReThink Prize” — $10,000 to be distributed among 10 winners whose submissions receive the most votes. The contest runs through Nov. 30, and all the submissions will be available online for discussion and inspiration.

The book has been received warmly by atheist and humanist reviewers. David Niose, former president of the Secular Coalition for America, called it “a wonderful exploration of life as a skeptic.”

And some in the religious world have lauded it, too. Dudley Rose, associate dean for ministry studies at Harvard Divinity School, where Figdor was a student, wrote a supportive blurb for the book.

“Living rightly with one another is at the heart of these non-commandments,” Rose said in a telephone interview. “That is very similar to the way in which I view how those of us in religious communities think of our commandments and our lives with one another and everyone else in the world.”

I. The world is real, and our desire to understand the world is the basis for belief.
II. We can perceive the world only through our human senses.
III. We use rational thought and language as tools for understanding the world.
IV. All truth is proportional to the evidence.
V. There is no God.
VI. We all strive to live a happy life. We pursue things that make us happy and avoid things that do not.
VII. There is no universal moral truth. Our experiences and preferences shape our sense of how to behave.
VIII. We act morally when the happiness of others makes us happy.
IX. We benefit from living in, and supporting, an ethical society.
X. All our beliefs are subject to change in the face of new evidence, including these.