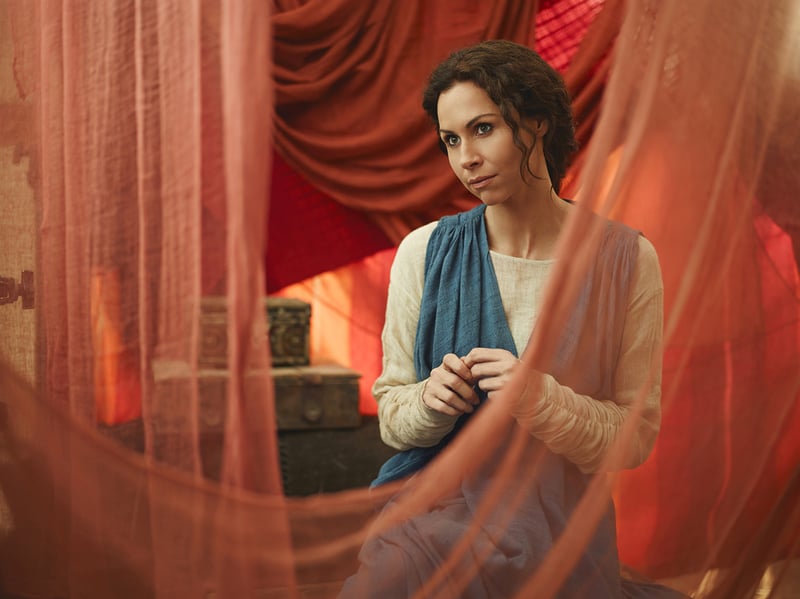 A scene from the new Lifetime series "The Red Tent." Photo by Joey L., courtesy of Lifetime
December 3, 2014
Jeffrey Salkin

A scene from the new Lifetime series "The Red Tent." Photo by Joey L., courtesy of Lifetime

(RNS) In the beginning, there was “Noah.”

Coming up, there’s “Exodus: Gods and Kings,” an update of Cecil B. DeMille’s classic for this generation.

And that’s not all. On Sunday (Dec. 7), Lifetime’s miniseries “The Red Tent” premieres.

God is smiling on Hollywood.

The adaptation of Anita Diamant’s blockbuster novel (and perennial reading group favorite) is an expansion and interpretation of the story of Dinah from the book of Genesis.

I have not seen “The Red Tent,” though I have read Diamant’s book. But its airing could not be more timely -- the same week as Jewish congregations are reading the story of Dinah from the Torah.

There is something else that makes “The Red Tent” timely -- tragically timely, in fact.

First, a recap: In Genesis 34, Dinah, the daughter of Leah and Jacob, goes out of the camp, looking for female companionship. A Canaanite prince, Shechem, sees her and rapes her. Shechem claims to love her and wants to marry her. Shechem’s tribe sees the economic advantages of intermarrying with the Hebrews.

After some negotiation, Dinah's brothers agree to allow the marriage to take place, but on one condition -- the men of Shechem’s tribe must be circumcised. The men agree to undergo the surgery. As they’re recovering, Dinah’s brothers slaughter the men of Shechem and take Dinah back.

If you've never heard the story of Dinah, join the club. Thomas Mann, in his book  “Joseph And His Brothers,” wrote: “Entire segments of the population do not know that the hapless Dinah ever existed.” Christian churchgoers probably never hear this story. Orthodox Jewish synagogues read the entire Torah, but few rabbis preach about Dinah. And in most non-Orthodox synagogues, where a smaller section of the weekly Torah passage is read, I suspect the scroll rarely rests at her story. 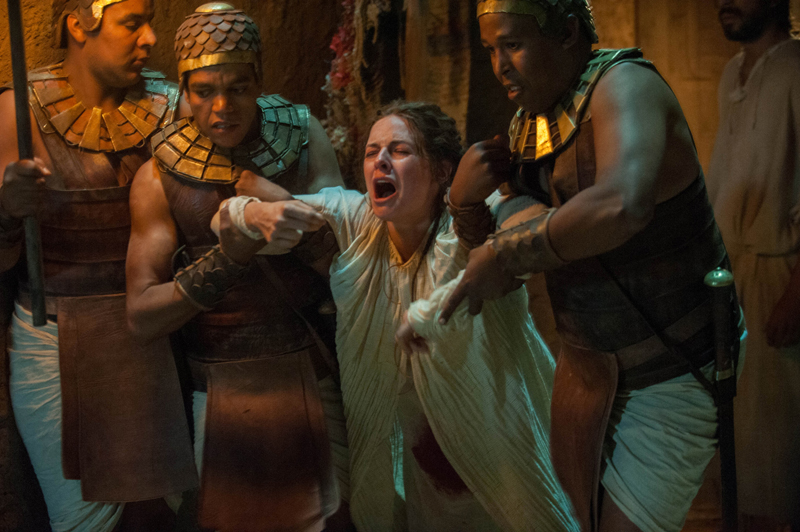 A scene from the new Lifetime series "The Red Tent." Photo by David Appleby, courtesy of Lifetime

The story of Dinah is the Torah of testosterone. From the rape to the over-the-top act of revenge, it is the story of biblical boys behaving badly -- and that group of “boys” includes the original authors of the story. The biblical text says that Dinah’s rape renders her “unclean,” “impure” -- damaged. Some biblical commentators suggest that Shechem didn’t rape Dinah at all, but that he merely seduced her. Other commentators suggest that Shechem, in fact, really loved Dinah all along. Diamant herself suggested it was not a rape at all -- that Dinah actually loved Shechem and wanted to marry him.

And what about Dinah herself? Imagine this story as “Law and Order: SVU (Scriptural Victims Unit).” In the biblical account, Dinah is the subject of only one verb – vatetze -- "She went out.” That was allegedly her first (and only) mistake.

But there is more.

Drag the Bible off the shelf. Read it. You will discover something: Dinah says nothing.

Go from the pages of the ancient text to the pages of today’s newspapers. The culture of rape that exists on many college campuses. University of Virginia, anyone? The cover-up of rape in the United States military. The stories of sports stars brutalizing women, even and especially the women they supposedly love. A beloved, iconic celebrity who is accused of serial sexual predation -- even drugging his victims. A respected Orthodox rabbi who is accused of installing a video camera in a mikvah (a Jewish ritual bath) for the purpose of photographing unsuspecting naked women -- thus violating not only them, but also the very sanctity of the mikvah itself.

No wonder Jewish women have screamed about this; they will not inherit Dinah’s silence. 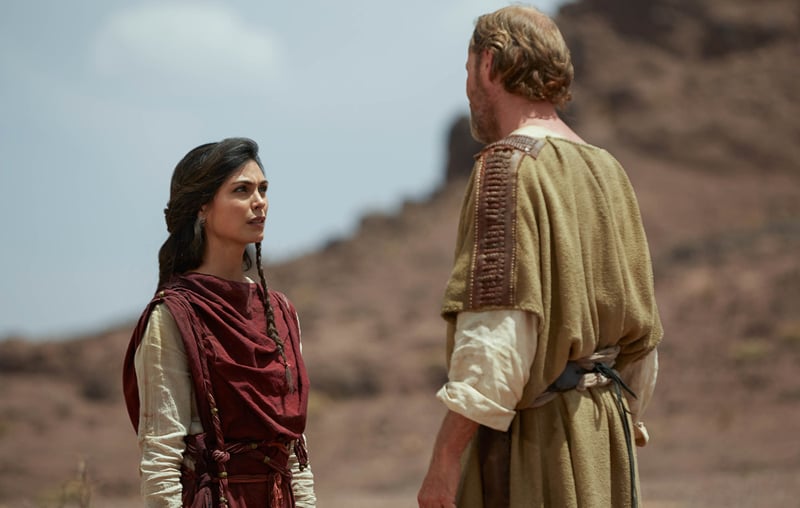 A scene from the new Lifetime series "The Red Tent." Photo by Joey L., courtesy of Lifetime

Remember the teenage girls who were kidnapped by Boko Haram -- for the expressed purpose of conversion to Islam and to be taken as child brides?

What does the name “Dinah” mean, anyway? Of all of Jacob’s children, hers is the only name that the Bible chooses not to translate and interpret.

It is time to return Dinah’s voice to her -- and not only in a Lifetime miniseries. Imagine: The Sabbath when her story is read in synagogue could become an annual Sabbath Against Violence To Women.

Dinah screams from the text. Her voice needs to be heard.

(Rabbi Jeffrey Salkin is the spiritual leader of Temple Beth Am in Bayonne, N.J., and is the author of many books on contemporary Judaism.)

Related Posts
By Lily Burana
In 'I am Cait,' Caitlyn Jenner is doing the Lord's work (COMMENTARY)
By Adelle M. Banks
Dark-skinned Satan has a long history
By Caleb K. Bell
'The Bible' producers deny their Satan resembles Obama