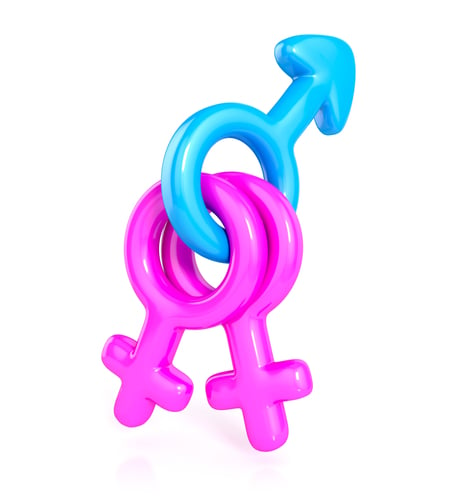 There’s an interesting finding tucked away in the recent book Seeking the Promised Land: Mormons and American Politics (see here for an interview I did with the authors on Mormonism’s increasingly one-sided political affiliation, a topic for another day).

The national survey research on which the book is based reveals, among many other things, how Mormons feel about various moral issues.

When asked whether they felt an issue was immoral, morally acceptable, or “not a moral issue,” here’s a breakdown of how many Mormons declared that certain activities were “morally wrong.”

Hold the phone. 86% of Mormons say that polygamy is morally wrong?*

It seems that Mormons hate polygamy even more than abortion. Remember that abortion is discussed in the church handbook as a sin that requires serious repentance — and sometimes disciplinary action on the part of the church. Abortion is permissible only in rare circumstances.

I’ve certainly never heard a Mormon say that abortion is an ideal practice that we’re not living now but will someday be living in heaven. The thought is preposterous. And that’s a strange disconnect, because despite contemporary Mormons’ even greater revulsion at polygamy, we do sometimes (less so in the 21st century, but more commonly a couple of generations ago), hear it extolled as the order of heaven, as explained in Doctrine & Covenants 132.

We have sanitized D&C 132 enough that we now safely appropriate the term “celestial marriage” to refer to any temple marriage for time and all eternity.

But this is a tenuous reading, since the context of everything in that section is apparent from its very first sentence, which clarifies that the ensuing words will all deal with “the principle and doctrine of . . . having many wives and concubines.” The revelation on marriage calls upon the historical precedent of Old Testament patriarchs, some of whom were polygamists. (If you want to make a case for monogamy being subversively present in D&C 132, though, you could build upon the fact that Isaac is also listed there, even though he did not, like his father and his son, have more than one wife. Isaac remained a stubborn monogamist even when Rebecca experienced fertility problems.)

Even if we can perform Cirque-du-Soleil-level hermeneutical gymnastics and somehow fit the entire text of D&C 132 into a single figurine of one man and one woman atop a wedding cake, there’s still the problem of de facto polygamous sealings in LDS temples to this day. Men whose wives have died can be sealed again to another wife for eternity, as is the case with current apostles Russell M. Nelson and Dallin H. Oaks, and past prophet Howard W. Hunter (and many others).

I would like to see additional sociological research that compares these findings on how Mormons feel about the morality of polygamy with how many of them believe they will be living in polygamous families in the afterlife.

How many Mormons confess to hating polygamy, yet imagine themselves practicing it for all of eternity?

How many believe on the one hand in a loving God who desires their eternal happiness and, on the other, that this same God would make them grit their teeth and be obedient to a practice they consider “morally wrong”? And what does this say about what we believe about God?

* Of the remaining people surveyed, 11% said polygamy was “not a moral issue,” and only 2% declared it morally acceptable. I’m assuming that the other 1% had no opinion; see Campbell et al, p. 58.