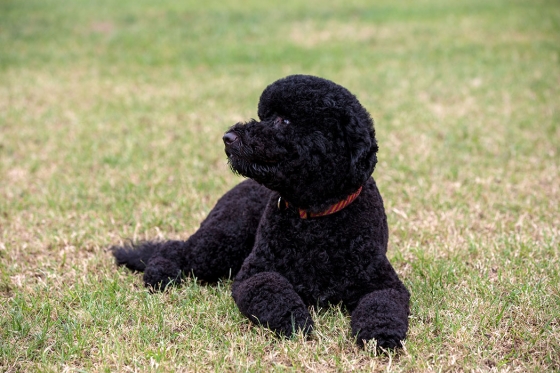 Hey Friday, ready for some cute overload? Let’s take a minute to look at Sunny, President Obama’s dog, again. All dogs go to heaven? The New York Times says the Pope Francis might be making the case.

Here are 10-ish other items you should know to finish out the week:

One of the chief architects of the CIA’s interrogation program said he had to quit as bishop of his Mormon church in 2012 amid controversy over his role.

Senate Chaplain Barry Black offered a prayer as he joined other congressional staffers and members of Congress raising their hands for Ferguson and Eric Garner.

Poland overturned its ban on kosher slaughter of animals.

The capital of China’s far western Xinjiang has banned the wearing of Islamic veils in public, a ban that some worry could spark more unrest in the region.

“Exodus” comes out today. Here are some early reviews.

Here’s a good read before you start your weekend: Photojournalist Michel du Cille has died from a heart attack while covering Ebola in Liberia. In October, he wrote a piece on what documenting with dignity looks like.

Plus, from the RNS team:

Pope Francis is naming new cardinals. Will any be American?

Why Jews skipped Hanukkah and wrote the most beloved Christmas songs

Dalai Lama says Pope Francis is unwilling to meet: ‘It could cause problems’