WASHINGTON (RNS) The Senate has confirmed Rabbi David Saperstein as the State Department’s ambassador-at-large for international religious freedom, making him the first non-Christian to hold the job. 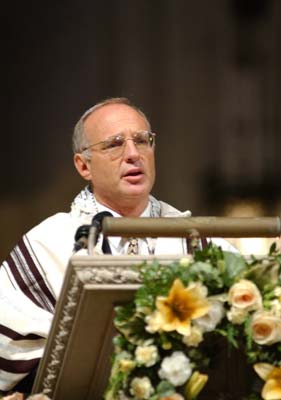 Saperstein, who led the Reform Jewish movement’s Washington office for 40 years, focusing on social justice and religious freedom issues, was nominated by President Obama in July and confirmed by a 62-35 vote on Friday (Dec. 12).

Saperstein takes a liberal bent on domestic issues, and all but one of the votes against him came from a Republican.

“Religious freedom faces daunting and alarming challenges worldwide,” Saperstein said at his confirmation hearing in September. “If confirmed, I will do everything within my abilities and influence to engage every sector of the State Department and the rest of the U.S. government to integrate religious freedom into our nation’s statecraft and foreign policies.”

Saperstein, named the most influential rabbi in America by Newsweek magazine in 2009, will head the State Department’s Office of International Religious Freedom, where he will be tasked with monitoring religious freedom abuses around the world.

“When David steps into this position he not only achieves a remarkable capstone to what has been a long and successful career, he brings to our nation’s foreign policy a wealth of knowledge and a fierce dedication to religious freedom and the rights of religious minorities,” said the Rev. C. Welton Gaddy, president of the alliance. 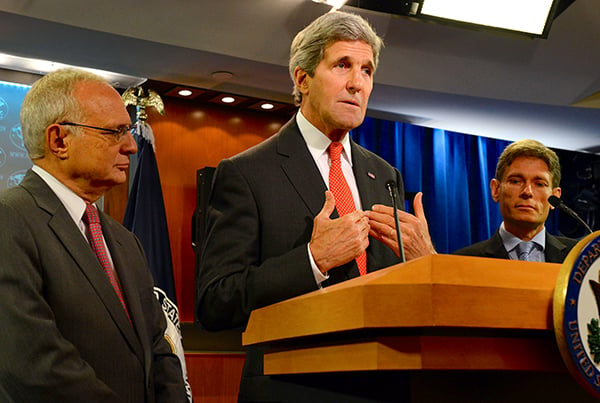 “David’s work has always been guided by the Jewish commandment to repair the world — he has now been given an incredible platform to do just that,” Gaddy said.

Saperstein was the first chair of the U.S. Commission on International Religious Freedom, which was created as a watchdog group in the same act of Congress that created the ambassador-at-large position. In 2009, he was appointed by Obama to the first White House Council on Faith-Based and Neighborhood Partnerships.

Saperstein, 67, is the fourth person to hold the job, which was created by Congress in 1998. He succeeds the Rev. Suzan Johnson Cook — the first African-American and woman to serve in the position — who resigned in October 2013, saying that she needed to earn more to support her family.