(RNS) Atheists, humanists and liberals are now the targets of hate campaigns, according to a new Freedom of Thought Report, which found that some countries find the idea of atheism as a popular movement a threat to the prevailing order. 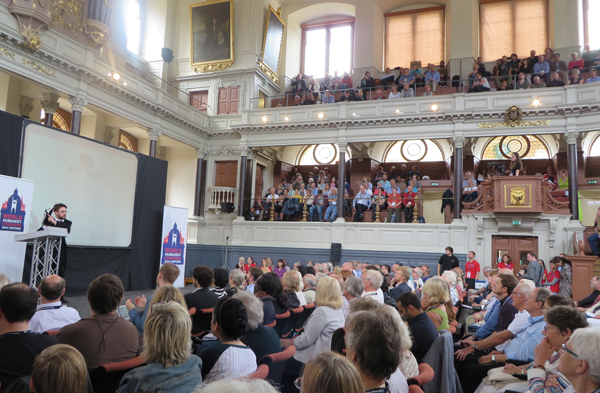 The report by the International Humanist and Ethical Union demonstrates a shift away from viewing atheists, humanists and secular liberals as merely apostates.

For example: Saudi Arabia is no friend of human rights and punishes apostasy with death (or, more often, enforced recantation and Quranic learning). But in January, Saudi Arabia enacted a new law equating “atheism” in itself with “terrorism.”

Another example: In May, Malaysian Prime Minister Najib Razak branded humanism and secularism, as well as liberalism, as “deviant.” To Najib, this combined secular worldview is a kind of “new religion.”

And in a more widely reported story in June, Egyptian authorities proposed an organized campaign against atheists. Nuamat Sati of the Ministry of Youth announced a program to spread awareness of “the dangers of atheism” and why it is “a threat to society,” so that young atheists in particular, who are increasingly vocal on social media, would be given “a chance to reconsider their decisions and go back to their religion.” Since then, several prominent atheists — young people finding their voice on YouTube and social media — have been harassed and arrested.

To some readers, maybe this won’t sound very controversial. But imagine the developments above, applied to other groups: The Jews are “deviant.” The Muslims are a kind of “new religion” that will bring down the state. Or, Christian thought is a form of “terrorism.”

This language is all too familiar. It goes far beyond merely dissenting or disagreeing with a point of view. It is, as we would readily recognize with other groups, intolerant — the stuff on which mass hatred and tragedy are made.

As editor of the report, I believe there are three important things that must now happen:

As we said in the report, this trend toward identifying atheists as a target minority is obviously negative, but it may also reflect a positive movement. If 2014 has seen something of a surge in hate directed at atheists, it is at least a backlash against a steadily globalizing conception of nonreligious identities.

Those of us with a secular worldview are coming together online, talking, in some countries meeting in secret. The nonreligious are raising their heads above the parapet. The backlash is a response to a surge of new ideas and new connections, and we can hold onto that.

(Bob Churchill is communications director for the International Humanist and Ethical Union and edited its Freedom of Thought Report.) 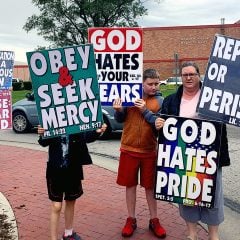 Beliefs
Dawkins’ health keeps him from Reason Rally
Follow us on Facebook!
Submit your photos to RNS