(RNS) Let me make this clear: I love the Jewish people, wholeheartedly and with gusto. The Jews are my family and my primary source of identity. Full stop.

But, having said that, I do not like everything that certain Jews do — any more than I would automatically find the actions of every member of my family to be admirable. When Jews on the left become hypercritical of Israel, going so far as to deny her survival as a Jewish state, I bristle. When Jews on the right take jingoistic positions that will ultimately threaten Israel’s soul and security, I object. 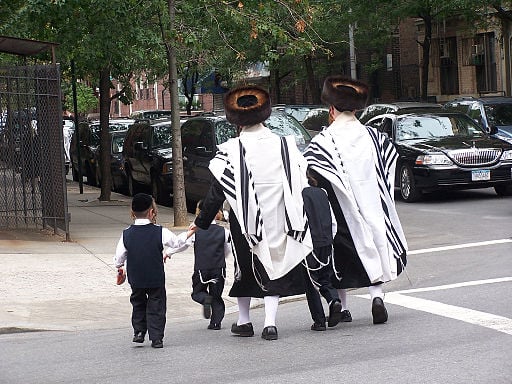 And when some ultra-Orthodox Jews refuse to sit next to women on international flights, it is time to speak up. It has happened on numerous occasions, sometimes resulting in flight delays of up to 11 hours, the latest incident just two weeks ago.

I am not a biblical prophet like Isaiah or Amos or Jeremiah, but as Isaiah himself put it: “For the sake of Zion, I shall not be silent.” And by Zion I mean the perceived excellence of the Jewish people.

I have great respect for the ultra-Orthodox. I regularly learn from their teachings. I admire their deep, overarching commitment to study, to sacred deeds, to maintaining community.

But their growing refusal to sit next to women on airplanes is disruptive, inexcusably rude, and damaging to Judaism itself.

First, I invite someone to show me the passages in the Torah, Talmud, or the rest of the 2,000-year-old rabbinic tradition where it says: “Thou shalt not sit next to women on public conveyances.” Because I have been looking for it, or something like it, and I have been unsuccessful.

I know what many ultra-Orthodox Jews would say. All men have a “yetzer ha-ra,” an evil inclination, libidinal thoughts. To sit next to a woman would be too much temptation.

But why is that the problem of the woman who is innocently sitting on an airplane, just trying to get to her final destination, and the airplane flight crew? It simply cannot be that some ultra-Orthodox men are so immature, helpless, and insecure that they cannot control their inclinations for five, 10, or 12 hours. Here’s an antidote: read books, especially holy books. Listen to music. Take a nap.

Judaism has a “foreign policy.” There is a whole category of things that Jews are forbidden to do, because they constitute “hillul ha-shem,” a desecration of God’s name and reputation.

An ultra-Orthodox Jew misbehaves on an airplane. He refuses to take his assigned seat. This causes big delays. It might cause someone to miss a connecting flight. It shows a profound lack of “kavod,” or respect — in this case, for people’s time. The ultra-Orthodox Jew who causes such a delay is breaking the commandment against stealing — because he is stealing time that belongs to other people.

What kind of impression of ultra-Orthodox Judaism — or just plain Judaism itself — does this create in the casual observer? The Talmudic Encyclopedia defines a desecration of God’s name, as doing anything that would cause people to say that the Jews have no Torah. Does such public behavior serve as a wholesome advertisement for Torah Judaism?

Let’s broaden the conversation. Yes, religious people have the right to proclaim their truths — to all those who choose to listen. But in a civil society that doesn’t give you the right to use your faith as a cudgel, inconveniencing and even harming people, as a public demonstration of your faith.

My solution? It is hardly original. If people refuse to take their assigned seats, they should be escorted off the plane. As we say in Yiddish: “fahrtig” — finished and done.

When pious people behave badly in public, their behaviors implicate all of their co-religionists. People of faith need to view themselves as God’s PR agents in the world.

And if you look bad, then God looks bad as well.