(RNS) In a 2013 segment of her program Super Soul Sunday, the high priestess of pop spirituality, Oprah Winfrey, told swimmer and nonbeliever Diana Nyad that if she was awed by the power of nature she was “not an atheist.” 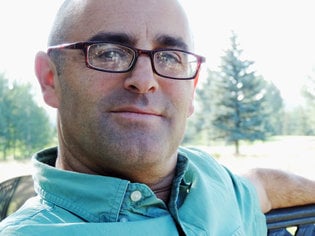 In fact, Zuckerman’s new book, “Living the Secular Life: New Answers to Old Questions,” could be read as one long rebuttal to Winfrey and others who think nonbelievers have no purpose, meaning, direction or feelings beyond their own physical satisfaction and existence.

In the book, Zuckerman, a sociologist, details how secular people — atheists, humanists, agnostics and other self-described “nones” — raise their children, decide right from wrong and build communities without the benefit of religion.

And in the book’s most personal chapter, Zuckerman describes the intangible glue he believes connects nonbelievers to the universe and to each other. It is something he calls “aweism.”

He calls it a “profound, overflowing feeling” that he knows only in fleeting moments: playing on the beach with his young daughter, eating grapes from his grandparents’ backyard, sledding in the dark of a January night, dancing with abandon at a favorite concert.

“Aweism … though steeped in existential wonder and soulful appreciation, is still very much grounded in this world,” he writes. “It is akin to what philosopher Robert Solomon dubs a ‘naturalized’ spirituality: a non-religious, non-theological, non-doctrinal orientation that is ‘right here, in our lives and in our world, not elsewhere.”

Zuckerman is no stranger to aweism or to the secular way of life. As a sociologist at Pitzer College in Claremont, Calif., he founded the country’s first undergraduate secular studies program in 2011. He has written three previous books, including the well-received “Faith No More: Why People Reject Religion” and “Society Without God,” an examination of the secular societies of Europe. 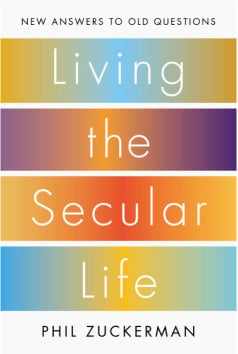 For one thing, it breaks with his earlier works in that it comes from Penguin, a commercial publisher with a history of popular religion titles, not an academic publisher. And it is the most personal of Zuckerman’s books, the one in which he opens up about his own secularism and what it means to him.

Nowhere in the book is that personal aspect more on display than in the chapter on aweism. It was, Zuckerman said, the most difficult part of the book to write.

“It is the riskiest chapter,” he said in a telephone interview from his home near Los Angeles. “It was personal, and I imagine many people may balk at it.”

That’s because many nonbelievers squirm at anything they feel smacks of spirituality — anything with a word like “mystery” at its core. Yet Zuckerman embraces mystery in the sense that he does not feel a need to know the cause or the roots or the science behind the awe he sometimes feels.

“One need not have God to feel and experience awe,” he writes. “One just needs life.”

Zuckerman hopes aweism can unite the different factions of nonbelief that are sometimes at odds — there are separate national organizations for atheists, humanists and skeptics. Not all nonbelievers are comfortable with the label “atheist,” which some feel indicates only what they don’t believe in (God) rather than what they do believe in (reason, science, knowledge and human rights).

The reaction from nonbelievers has been mixed. When Zuckerman contributed an essay on aweism to the magazine Free Inquiry in 2009, many readers were taken with the idea. One said he appreciated the term aweism because it conveyed a sense of optimism he felt atheism did not.

“To the degree that reverence is understood transitively — as denoting awe, veneration, or respect toward something beyond — it has no referents either,” he wrote in the magazine last year. “The domain of everyday experience can’t be transcended. There is nothing above it, nothing beyond or over it, nothing to revere … only reality.”

“I could not with a straight face say, ‘I am an aweist,'” Zuckerman said. “Unless the term got mainstream or viral, people would just scratch their heads. But I think anybody who would chafe at what I describe (as aweism) … I don’t know what to say. There are those atheists out there that if you are not bashing God you are wasting their time, but I think they are a distinct minority. There are many secular folks out there who would understand what I am talking about.”

And aweism could also be a bridge between the religious and the secular, Zuckerman said. Both feel it — they just understand its origins differently.

“Secular people don’t believe in anything supernatural, but that doesn’t render us sterile souls,” Zuckerman said. “But because religion has constructed the language with which we describe existential wonder, it is almost like that is not our territory. But it most certainly is. It is there. We just haven’t owned it the way we ought to and I am trying to do that.”