(RNS) As Florida became the latest state to legalize same-sex marriage this week, Miami Archbishop Thomas Wenski sent a memo to all church employees reiterating that any expressions of support for gay marriage — even if it’s only a tweet or Facebook post — could cost them their jobs. 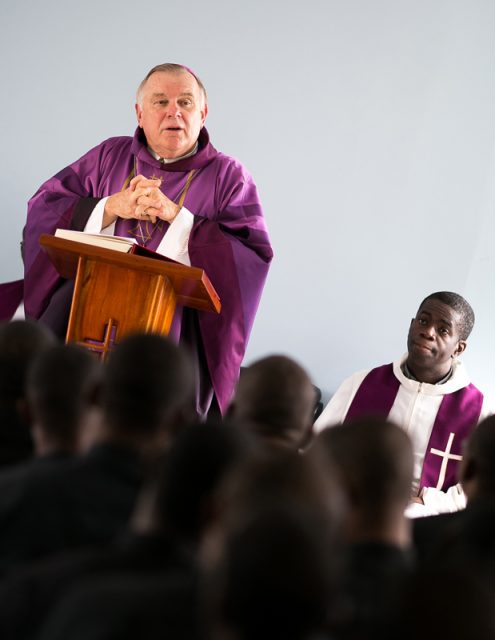 “Whatever the role in which you serve within the Archdiocese, you publicly represent the Catholic Church and the Archdiocese in everything you do and say,” Wenski wrote in the memo, which was reported by the local NBC station.

Wenski then included an excerpt from the employee handbook stating that all archdiocesan workers “are expected to conduct themselves in a moral and ethical manner consistent with Catholic principles.”

The section went on to state that conduct inconsistent with Catholic teachings could lead to firing, “even if it occurs outside the normal working day and outside the strict confines of work performed by the employee for the Archdiocese.”

“Employees should exercise discretion when posting on social media sites, and note that online activity indicative of prohibitive behaviors may subject an employee to disciplinary action or termination,” it said.

Writing at the blog of New Ways Ministry, a leading advocacy group for gay and lesbian Catholics, Bob Shine said Wenski’s memo was “a most tragic way to start the new year and hopefully other bishops in Florida and elsewhere will not imitate such threatening tactics.”

Gay and lesbian church workers have increasingly been subject to dismissal for promoting gay marriage or when they themselves marry. In some instances, church employees have been fired simply for expressing support for gay marriage.

But the U.S. bishops have no uniform policy on the issue, which is sparking controversy and much debate in the wider Catholic Church.

The bishops of Germany are reportedly set to change their employment policies to allow married gays and lesbians, as well as divorced and remarried Catholics. A bishop in Belgium recently called on the church to consider blessing same-sex marriages.

How many people are employed by the Archdiocese of Miami could not immediately be determined for this story. Archdiocese officials said the person who had that information was unavailable to comment.