(RNS) Online ordinations are a fast-growing business, a way for ordinary people to play priest-for-a-day at their friends’ and family’s weddings. But these ordinations are also a 21st-century way of reaching into the metaphysical world. 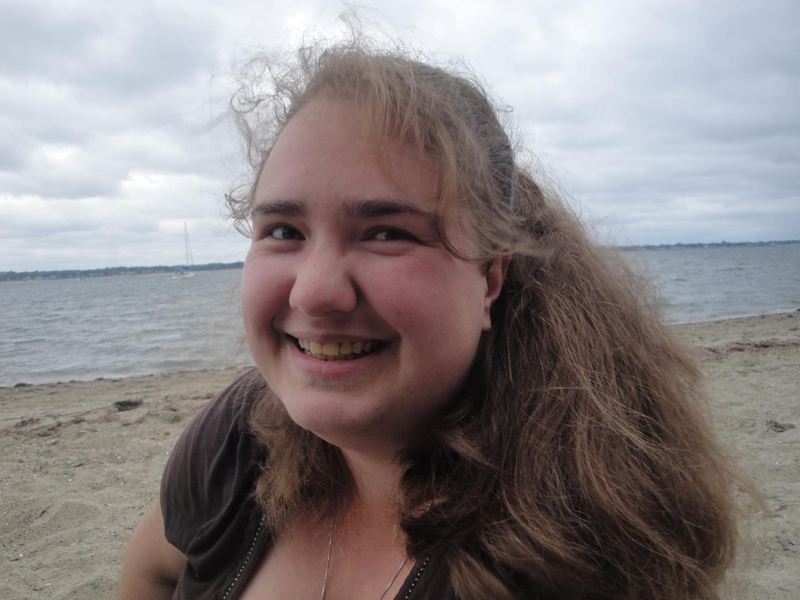 Mandi Brown said she was 9 years old when she started hearing voices, which she said were the voices of her deceased grandparents. But it wasn’t until Brown was about 18 that she said she fully understood her paranormal abilities.

Now 29 and living in West Greenwich, R.I., Brown tries to channel her abilities into helping others, starting as an energy healer. But she said it was difficult to get clients without some kind of official stamp of approval. In 2010, she turned to the Internet for help.

“Online ordination actually opened a lot of doors as far as doing any type of spiritual work, including energy healing,” Brown said.

Brown was ordained as a high priestess but considers herself a spiritual reverend. She has performed weddings, a funeral, spiritual counseling, house blessings, cleansings, banishings and crossings. She is also trained in exorcism rites but has yet to perform one.

She originally considered other options but knew her abilities would be hard to focus in a traditional school program. Through individual online research, she is able to set educational goals at her own pace. 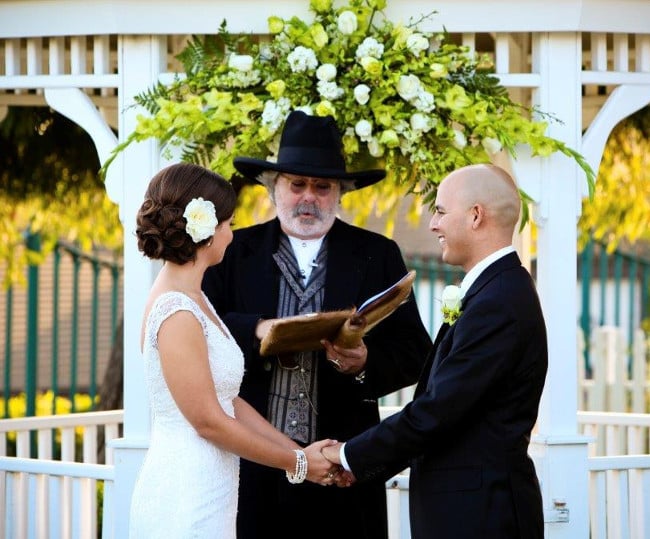 A bride and groom take their vows on a beach. Photo courtesy of Lon M. Burns, Universal Life Church

Jake Wible, the “innovatory control manager” at Universal Life Church Monastery, said his group is a nonprofit church and acts as an ordaining service. He said people typically use their ordination to perform weddings, baptisms and funerals, but they are not limited to these three options.

“Most of the people that are ordained actually do either have their own ministry or are part of a ministry or already do some sort of ceremony; they just want the title so they can actually have something to show to somebody,” Wible said. “That’s where we come in.”

Although ULC doesn’t explicitly list practices that are prohibited with the quickie ordinations, Wible said the church does not recommend performing exorcisms. He suggests seeking a trained professional in the Roman Catholic Church.

Other online ordination sites have an official list of credentialed ceremonies and other rites that are prohibited. “You are prohibited from performing ceremonies that involve exorcism, circumcision and animal sacrifice,” says Spiritual Humanism’s website.

United National Church, on the other hand, allows those it ordains to perform exorcisms but prohibits them from performing same-sex marriages.

Wible said the growth of civil same-sex marriage has led to an increase in demand for ULC ordinations because gay and lesbian couples still can’t get married in many churches.

While Brown has a wide range of services for her customers, she has been unable to make it a full-time job. She said she might have five clients one week and none the next, so she keeps other jobs to pay the bills. She charges between $20 and $75 for her services, including spiritual guidance for $50, hex/curse removal for $40 and exorcisms for $75. Services are also available through email, Skype or Chat.

Brown said more clients now are asking for paranormal work, something she credits to Hollywood’s fascination with the darker side of life.

“I’ve seen an increase of people reaching out and saying, ‘Well, I think my house may be haunted. I think there may be something paranormal going on,’” Brown said. “And I’m not saying that all of them are lying, and they’re not. But there are some people who fall so into the hype of what Hollywood has done with all the movies and stuff that have come out with the paranormal activity and stuff like that, that not all of that what you see in the movies is true.”

She said sometimes people hear an animal outside, think it is something paranormal and call her. These movies also lead to more misconceptions about what she does. She has had to change some of the language she uses when talking to people, especially about demonic entities.

“It’s been Hollywoodized that if you have something that goes bump in the night in your house then it’s automatically a demon,” said Brown, who prefers the term “malevolent entity.”

“I wonder what kind of relationship can be established online,” Emmons said, noting that for better or worse “ordination” has the connotation of traditional seminary training, degree program or apprenticeship.

The Maine Pagan Clergy Association only ordains a few people, he said, and they must prove they have had legitimate training, such as from Cherry Hill Seminary. All ordinations in his group require the person to physically show up for a public ritual.

Emmons is a Druid and self-identifies as a Druid priest. He said it’s important to know what you can and can’t assist with, and to be significantly trained in those areas.

“I know my limitations,” Emmons said.