NAIROBI, Kenya ( RNS) Cartoon depictions of the Prophet Muhammad are proving costly for Christians in majority-Muslim countries in Africa.

At least 45 churches were torched over the weekend in Niger, in two days of protests that left about 10 people dead. The targeted churches were mainly of the evangelical denominations built on the left bank of Niamey, the capital city.

Three other churches were ransacked on Friday (Jan. 16) and three people were killed in Zinder, Niger’s second-biggest city. A French cultural center burned down in the city as other marches unfolded in Mali, Senegal, Mauritania and Algeria — all former French colonies.

Christians’ homes and businesses have also been attacked as enraged mobs clash with police in the wake of the Charlie Hebdo terrorist attack in Paris on Jan. 7, in which gunmen killed 12 people working for the satirical weekly. The subsequent publication of more Muhammad cartoons in Charlie Hebdo’s latest edition prompted renewed violence. 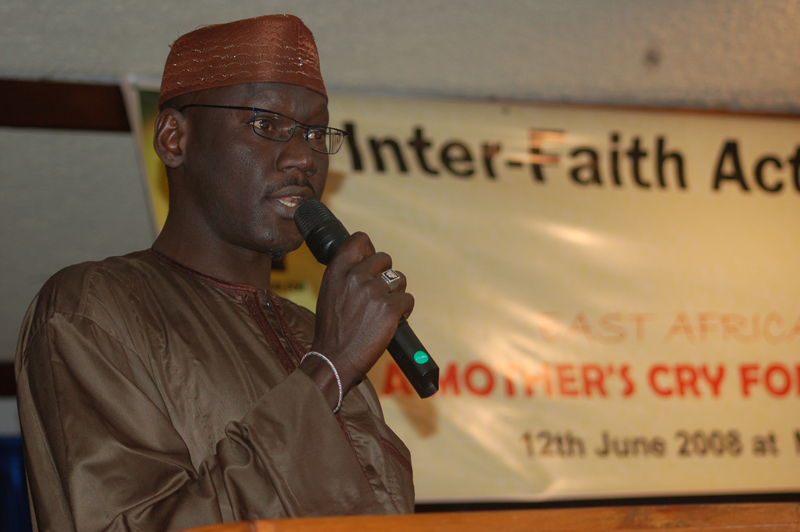 Sheikh Saliou Mbacke, the coordinator of Interfaith Action for Peace in Africa, said that although he strongly condemns the attacks on churches in Niger, cartooning a revered figure was an act of provocation that could not be justified by freedom of expression. Religion News Service photo by Fredrick Nzwili

Sheikh Saliou Mbacke, coordinator of the Interfaith Action for Peace in Africa, said he strongly condemned the attacks on churches in Niger, but cartoons of such a revered figure were an act of provocation that could not be justified by freedom of expression.

“Muslim demonstrations to express their anger are legitimate,” said Mbacke, a Muslim leader from the Muridiya Sufi Community of Senegal. “I join all Muslims in the world to also express my anger for the cartooning of Prophet Muhammad.”

In Sudan, hundreds of people staged demonstrations in Khartoum but were blocked by police from reaching the French Embassy and French cultural center in the city.

Students in Somalia took to the streets on Saturday (Jan. 17) with placards saying “Je Suis Muslim, et j’aime mon Prophete,” or “I am Muslim and I love my prophet.” 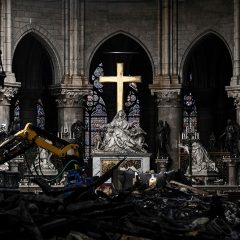 Catholicism
Why the restored Notre Dame cathedral must remain a church
Follow us on Facebook!
Submit your photos to RNS