ATLANTA (Reuters) – In a case that has rallied proponents of religious freedom, Atlanta’s ousted fire chief has filed a federal discrimination complaint against the city, arguing that his firing over a book critical of homosexuality was an attack on his faith. 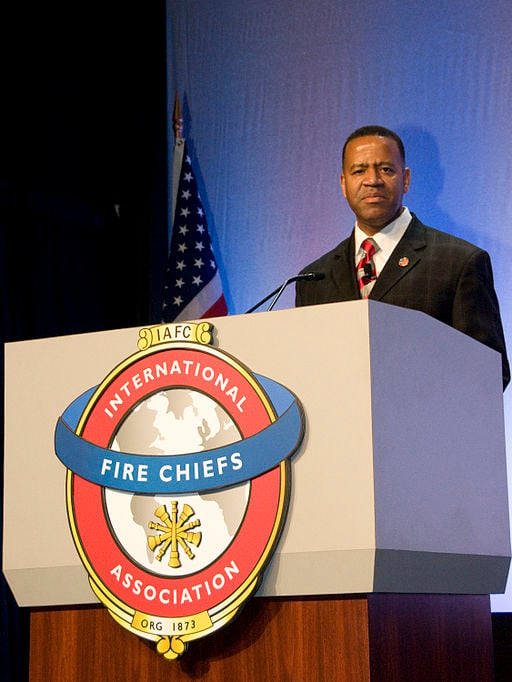 Kelvin Cochran speaks at the podium after being sworn in at the annual convention of International Fire Chiefs in Dallas, Tex., on August 27, 2009.

Kelvin Cochran wrote a 2013 book titled, “Who Told You That You Were Naked?” in which he called homosexuality “vulgar” and “the opposite of purity.” He was fired from his post earlier this month by Atlanta Mayor Kasim Reed.

“The book expresses my deeply held religious briefs on many subjects,” Cochran wrote in the complaint to the Equal Employment Opportunity Commission (EEOC) filed on Wednesday.

“I believe I have been discriminated against because of my religion.”

Cochran did not immediately return an e-mail seeking comment on the EEOC complaint.

“We intend to defend the mayor’s decision vigorously whether, through the EEOC administrative process or in any other appropriate forum,” Reed’s spokeswoman Anne Torres said on Thursday.

Reed said earlier this month Cochran was not fired due to his religious beliefs, but rather because of questions that arose about his “judgment and ability to manage the department” in connection with the book.

Reed said the city has a clear policy that forbids discrimination based on sexual orientation and that Cochran’s published views could be a legal liability.

Cochran consulted the city’s ethics officer but not the mayor before he published the book, Reed said.

Cochran, 54, was named Atlanta fire chief in 2008. He was nominated by President Barack Obama in 2009 to serve as U.S. Fire Administrator, a post he served in for 10 months before returning to Atlanta as the city’s fire chief.

He gained the support of the Alliance Defending Freedom, a Christian legal group, after he was fired.

“Americans are guaranteed the freedom to live without fear of losing their jobs because of their beliefs and thoughts,” the group said in a statement on Thursday.

“We are continuing to evaluate all available legal options to vindicate Chief Cochran after his unjust termination,” it said. 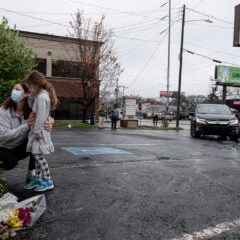 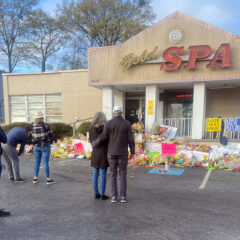 News
Atlanta churches near spa attacks pray for victims, community
Follow us on Facebook!
Submit your photos to RNS