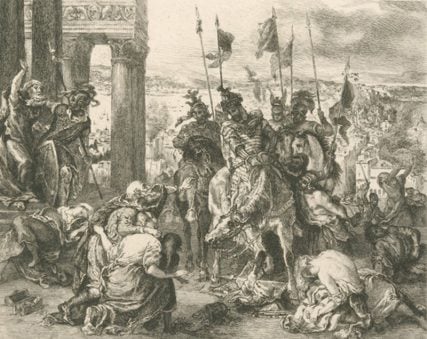 NEW YORK (RNS) The conservative Twitterverse is all riled up because at Thursday’s (Feb. 5) National Prayer Breakfast (an event founded and run by the secretive Christian organization known as The Fellowship), President Obama said that Christians, as well as Muslims, have at times committed atrocities. His words:

“Humanity has been grappling with these questions throughout human history. And lest we get on our high horse and think this is unique to some other place, remember that during the Crusades and the Inquisition, people committed terrible deeds in the name of Christ. In our home country, slavery and Jim Crow all too often was justified in the name of Christ.”

This would seem to be Religious History 101, but it was nonetheless met with shock and awe.

More thoughtfully, Russell Moore, president of the Southern Baptist Ethics and Religious Liberty Commission, called Obama’s comments about Christianity “an unfortunate attempt at a wrongheaded moral comparison. … The evil actions that he mentioned were clearly outside the moral parameters of Christianity itself and were met with overwhelming moral opposition from Christians.” 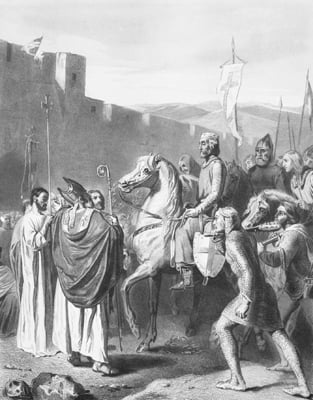 An undated illustration shows the taking of the Greek city of Edessa in 1097 during the First Crusade. Religion News Service photo courtesy of The History Channel/Bettmann/Corbis

The Crusades lasted almost 200 years, from 1095 to 1291. The initial spark came from Pope Urban II, who urged Christians to recapture the Holy Land (and especially the Holy Sepulchre in Jerusalem) from Muslim rule. Like the promise of eternal life given to Muslim martyrs, Crusaders were promised absolution from sin and eternal glory.

Militarily, the Crusades were at first successful, capturing Jerusalem in 1099, but eventually a disaster; Jersualem fell in 1187. Successive Crusades set far more modest goals, but eventually failed to achieve even them. The last Crusader-ruled city in the Holy Land, Acre, fell in 1291.

Along the way, the Crusaders massacred. To take but one example, the Rhineland Massacres of 1096 are remembered to this day as some of the most horrific examples of anti-Semitic violence prior to the Holocaust. (Why go to the Holy Land to fight nonbelievers, many wondered, when they live right among us?) The Jewish communities of Cologne, Speyer, Worms, and Mainz were decimated. There were more than 5,000 victims.

And that was only one example. Tens of thousands of people (both soldiers and civilians) were killed in the conquest of Jerusalem. The Crusaders themselves suffered; historians estimate that only one in 20 survived to even reach the Holy Land. It is estimated that 1.7 million people died in total.

And this is all at a time in which the world population was approximately 300 million — less than 5 percent its current total. Muslim extremists would have to kill 34 million people (Muslim and non-Muslim alike) to equal that death toll today. As horrific as the Islamic State’s brutal reign of terror has been, its death toll is estimated at around 20,000.

While most of us regard “The Inquisition” as a particular event, it actually refers to a set of institutions within the Roman Catholic Church that operated from the mid-13th century until the 19th century. One actually still survives, now known as the Congregation for the Doctrine of the Faith, which was directed by Cardinal Joseph Ratzinger before his 2005 election as Pope Benedict XVI.

These institutions were charged with prosecuting heresy — and prosecute they did, executing and torturing thousands of suspected witches, converts from Judaism (many of whom had been forced to convert), Protestants, and all manner of suspected heretics, particularly in the 15th and 16th centuries. Historians estimate that 150,000 people were put on trial by the Inquisition, with 3,000 executed.

Arguably, the Islamic State’s methods of execution — including crucifixion, beheading, and, most recently, burning a prisoner alive — are as gruesome as the Inquistion’s, with its infamous hangings and burnings at the stake. ISIS is also committing systematic rape, which the Inquisition did not, and enslaving children.

As for torture, however, it’s hard to do worse than the Inquisition, which used torture as a method of extracting confessions. Methods included starvation, burning victims’ bodies with hot coals, forced overconsumption of water, hanging by straps, thumbscrews, metal pincers, and of course, the rack. Believe it or not, all of this was meant to be for the victim’s own good: better to confess heresy in this life, even under duress, than to be punished for it in the next.

“Slaves, obey your masters,” the New Testament says — three times. And indeed, Christian teaching was cited on both sides of the slavery debate, with both slaveholders and abolitionists using it to justify their actions. Segregationists also looked to the “Curse of Ham,” from the story of Noah, and the notion that God had separated the races on different continents. The effects were world-historic in scope: Nearly 12 million people were forced on the “Middle Passage” from Africa to the Americas.

More recently, though the vast majority of Christians abhor it, the Ku Klux Klan, to the present day, still insists that it is a “Christian organization.” There’s a reason the Klan burned crosses alongside its lynchings and acts of arson, after all.

Of course, there was also organized Christian opposition to slavery and to Jim Crow, and Christianity is at least as much the property of the Rev. Martin Luther King, Jr., as of the segregationists and slaveholders of the Old South. But this was precisely Obama’s point: All religions have their hateful extremists, and their prophets of justice.

What about popularity? Do more Muslims support the Islamic State today than Christians supported Jim Crow in the past? No. At the height of the KKK’s popularity in the 1920s, approximately 15 percent of white male Americans were members. That number is eerily similar to the 12 percent of Muslims worldwide who support terrorism today.

In other words, not only is Obama factually correct that Christian extremism across history has been at least as bloody as Muslim extremism today, it is also factually true that such extremisms have been equally popular. True, as Rush Limbaugh points out, the Crusades were “a thousand years ago,” the Inquisition ended 200 years ago, and Jim Crow legally ended in the 1960s. But the president specifically noted that “humanity has been grappling with these questions throughout human history.”

Which is the real point. There are two narratives about radical Islamists, and indeed about enemies of any sort, that coexist in American culture. According to one, they are different from us — Muslims, Palestinians, Israelis, Communists, you name it. Thus, in the battle against Islamic extremism, Islam is, in part at least, the enemy.

The other narrative is that all peoples, all creeds, all nations contain elements of moderation and extremism. Thankfully, racist Christian extremists are today a tiny minority within American Christianity. But only 100 years ago, they were as popular among American Christians as the Islamic State is among Muslims today. Thus, in the battle against Islamic extremism, it is extremism that is the enemy.

Hysterical commentary notwithstanding, no one is suggesting that Christians are just like the Islamic State. But Obama did suggest that Christianity is like Islam; both faiths have the capacity to be exploited by extremists.

Christians should not be insulted by the facts of history. Rather, all of us should be inspired by them to recognize the dangers of extremism — wherever they lie. 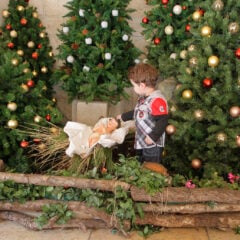