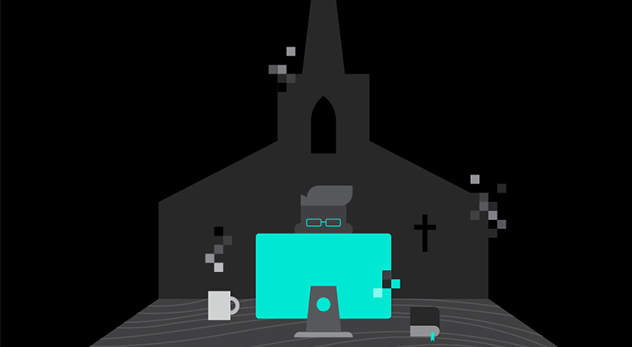 Former Newsweek religion editor Lisa Miller once warned that advances in technology could demolish the Christian Church. But new data indicates that technology has become an empowerment tool for both pastors and parishioners. – Image courtesy of Barna Group

It’s been nearly four years since former Newsweek religion editor Lisa Miller warned that advances in technology could demolish the 2000-year-old Christian Church. The advent of Bible apps for tablets and smartphones, Miller argued, amounted to a “new crisis for organized religion” whereby “believers can bypass constraining religious structures – otherwise known as “church” – in favor of a more individual connection with God.”

Prophetic predictions of the demise of the Christian Church have almost become a tradition among religion writers. As with the others, Miller’s has amounted to naught.

Instead of having a completely negative affect on the Christian religion, technology has become an empowerment tool for both pastors and parishioners. Online versions of the Bible are one factor people point to when citing reasons for increased engagement with the Good Book. But on the other side of the pulpit, technology is now empowering pastors to minister more effectively.

According to a Barna Group survey, 97 percent of pastors now use the Internet to find information compared with 78 percent in 2000. Thirty-nine percent of pastors said they had a spiritual or religious experience via the Internet while only 15 percent said the same in 2000. The only surveyed function of technology that did not grow among pastors over the same period was using the Internet to play video games.  As it turns out, your pastor isn’t playing Minecraft when he or she should be preparing a sermon.

The survey also showed that pastors are warming to the idea that it is “theologically acceptable for a church to provide faith assistance or religious experiences through the internet.” Eighty-seven percent of pastors polled said they agree with that statement. Only 8 percent of pastors considered websites and Internet activities to be a distraction and more than half said the Internet “is a powerful tool for effective ministry.”

“Most church leaders realize the potential for continued connection with members and visitors alike through the Internet—from podcasts, to social media, to blogs, to sermon discussion questions and even community prayer requests,” said Roxanne Stone, a Vice-President at Barna Group. “No matter the church’s size, location or demographic, the Internet has become and will continue to be a vital tool for connection, outreach and even spiritual formation.”

Websites in particular have proven to be a powerful tool for churches and ministries. It increases their ability to collect charitable donations for critical community ministry projects and has provided a low-pressure way to connect with potential converts. Of the 1.6 million conversions recorded by the Billy Graham Evangelistic Association (BGEA) in 2014, only 15,000 did so in person. In less than four years, BGEA has recorded more than five million conversions online. And according to BGEA’s Internet evangelism director–yes, that’s a thing–more than 20,000 individuals view a “gospel presentation” per day via their sites.

BGEA isn’t the only one pursuing evangelism online. Global Outreach Media, originally launched as part of Campus Crusade for Christ (now Cru), recorded more than 30 million conversions online in 2014. One can assume that some of these conversions do not lead to long-term commitments to the Christian faith. But if only a tiny percentage of BGEA and Global Outreach’s are legitimate, these numbers are still significant.

But technology’s effect on spirituality and ministry is not all positive. Technology can shift ministers’ attentions from substance to style as they become concerned about logos and websites and the fonts and backgrounds projected on worship screens. Technology makes it easier for ministry leaders and parishioners to access spiritually damaging materials, such as pornography and half-baked theological ideas. And, as I’ve argued elsewhere, I think the advent of fully online church “campuses” is a net negative.

Stone acknowledges technology’s potential to replace many of the local church’s functions in believer’s lives and, in so doing, will require ministry leaders to assess and emphasize the aspects of church that can’t be replaced by the Internet.

“You can hear a great sermon or your favorite worship music or even share a sense of community with like-minded believers online,” she said. “So what does the physical church offer that the Internet can’t? You can’t take communion online. You can’t physically serve others together online. You can post your #ashtag picture, but you can’t have those ashes administered online. In a virtual age, it will be important for churches to place a renewed emphasis on those tangible, corporal activities as a significant reason to come to church.”

Lisa Miller was partially correct. Technology does have a shadow side and could very well weaken organized religion if not properly stewarded. But it has not proven thus far to be the usher of doomsday Miller predicted. So long as the Internet remains less powerful than “the gates of hell,” we should expect the Church to persevere.

Like most advances in human knowledge, technology comes to us as a mixed bag with the message: “handle with care.”