SELMA, Ala.(RNS) With the 50th anniversary of Bloody Sunday this weekend, America was reminded how this small city helped bring sweeping change to the nation.

But while Selma might have transformed America, in many ways time has stood still in this community of 20,000 that was at the center of the push that culminated with the Voting Rights Act of 1965.

Dallas County, of which Selma is the county seat, was the poorest county in Alabama last year. Selma has an unemployment rate of 10.2 percent; the national rate is 5.5 percent.

More than 40 percent of families and 67 percent of children in the county live below the poverty line. The violent crime rate is five times the state average. The Birmingham News called the region, known as the Black Belt because of its rich soil, “Alabama’s Third World.”

“Selma sowed, but it did not reap,” says James Perkins Jr., who became the city’s first African-American mayor in 2000. “So many of the benefits that went to other places in the South and around the world since the Voting Act of 1965 did not come to Selma. I hope this 50th anniversary will help Selma begin reaping some of those benefits.”

The world’s eyes were again on Selma this weekend as tens of thousands of people, including President Obama and his family, came to commemorate the marches here that raised the nation’s consciousness and led to the end of discriminatory practices that largely excluded blacks from the ballot box.

As America honors the heroes of 1965, many are expressing grief over how Selma has weathered the past half-century. 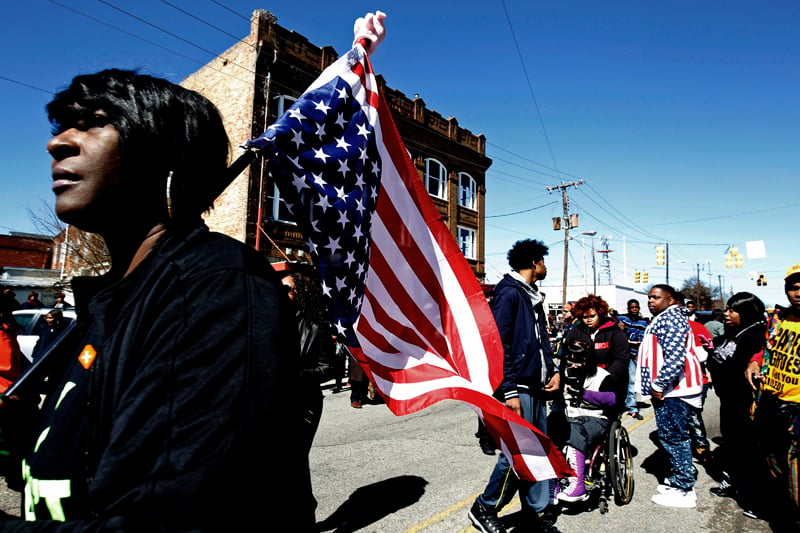 A woman walks along downtown carrying an American flag as she waits for the arrival of U.S. President Barack Obama in Selma, Ala., on March 7, 2015. With a nod to ongoing U.S. racial tension and attempts to limit voting rights, Obama declared the work of the Civil Rights Movement advanced but unfinished on Saturday during a visit to the Alabama bridge that spawned a landmark voting law. Photo courtesy of REUTERS/Tami Chappell *Editors: This photo can only be republished with RNS-SELMA-POVERTY, originally transmitted on March 9, 2015.

Not long after blacks began making political headway here after passage of the Voting Rights Act, this city’s economy collapsed.

Craig Air Force Base, which hosted undergraduate pilot training, was closed in 1977. The base housed about 2,500 people and contributed millions of dollars to the local economy.

After the marches of 1965, white flight began. About 10,000 white residents have left Selma in the past three decades, leaving it 80 percent African-American.

The city’s downtown, which sits along the Alabama River, has a bucolic charm from afar, but it is pocked with as many vacant buildings as occupied ones.

“It feels like nothing new has come here in decades,” says Hubbert Fitzpatrick, 65, who grew up in the area and now lives in Houston. “It’s a little bit sad.”

Civil rights leader Jesse Jackson points to the old home in Selma of Amelia Boynton Robinson, who played a key role in the 1965 marches, as a tragic symbol of what’s become of Selma. Her home was where a group of congressmen, Rev. Martin Luther King Jr. and other civil rights leaders gathered to write the first draft of the Voting Rights Act.

Now the home sits boarded up, indistinguishable from the many other vacant houses in that neighborhood.

“We really should be focused on protest rather than celebration,” Jackson says. “We are under attack in this season.”

David Garrow, a historian and author of “Bearing the Cross: Martin Luther King Jr. and the Southern Christian Leadership Conference,” says he decided to skip this week’s events because Selma has become “a symbolic holiday for celebrities” rather than a solemn commemoration of the goals of the Selma campaign — including the need to fight poverty.

Instead, the celebrations in Selma have the effect of “reducing history to a photo opp,” Garrow says. 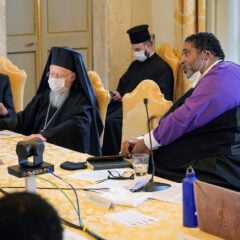