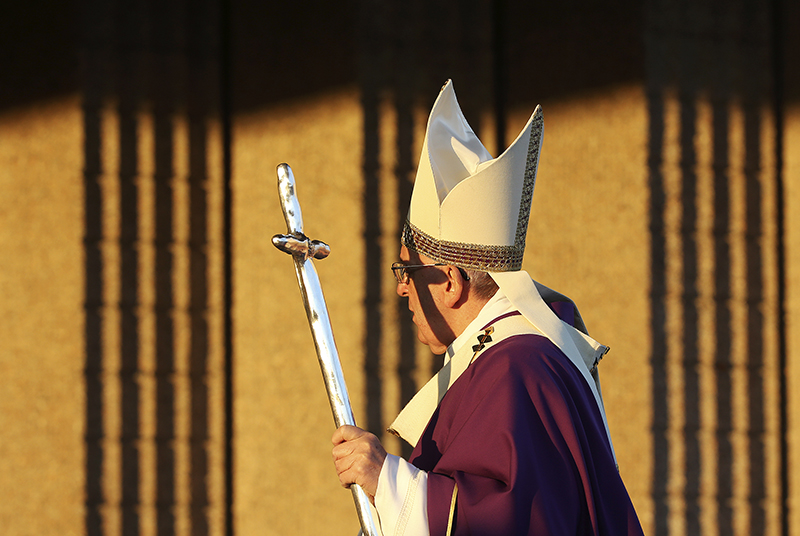 Pope Francis arrives to lead a mass during his pastoral visit to the parish of Santa Maria Madre del Redentore in Rome on March 8, 2015. Photo courtesy of REUTERS/Alessandro Bianchi
*Editors: This photo may only be republished with RNS-CATHOLIC-REFORM, originally transmitted on March 11, 2015.

VATICAN CITY (RNS) Can the Roman Catholic Church change? And if so, how? And what’s on the table — traditions, rites, doctrine, none of the above?

Such fundamental questions go to the heart of Catholic identity, and they’re the same questions Pope Francis has raised almost since the moment he was elected two years ago this Friday (March 13), a dark horse candidate who became the first pontiff from Latin America.

When he shunned the apostolic palace for a modest apartment, or cold-called people who wrote to him with problems, Francis’ humble approach endeared him to the masses. Yet he also surprised — maybe stunned — Catholics by encouraging open debate, especially about church teachings and practices that had long been considered out of bounds.

“A basic general condition is this: to speak clearly. No one must say: ‘This can’t be said; he will think of me this way or that,’” Francis told bishops from around the world last summer at a high-level Vatican summit on issues facing the modern family. “It is necessary to say everything that is felt” with candor.

That kind of openness and straight talk is also central to Francis’ enormous public appeal. But Francis’ glasnost — so revolutionary in the context of the recent history of the papacy — has also sparked fierce opposition on the Catholic right, with some high-profile prelates and pundits vowing to thwart reforms and resist any changes in pastoral practice.

The intensity of the opposition raises a basic question at Francis’ two-year mark: Can his reform campaign outlast his papacy?

Unlike the resistance to reforms within the church’s Roman bureaucracy, the backlash on anything touching doctrine is wider, deeper and more visceral because it cuts to the marrow of Catholicism. Indeed, the criticisms are so sharp that the Rev. Antonio Spadaro, an Italian Jesuit who is close to Francis, said he views the “anguish” of the pope’s foes “as more of a psychological problem” than a question of doctrine.

Francis’ emphasis on mercy “provokes in some Catholics a panic, the fear of a lack of certainty that stuns me,” said Spadaro, editor of the respected journal Civilta Cattolica. Pope Francis watches as children release doves from the window of his studio overlooking St. Peter’s Square at the Vatican on Sunday (Jan. 26). The two young people at his side launched doves to highlight the church’s call for peace in the world. Photo by Paul Haring, Catholic New Service

The opposition percolated throughout Francis’ first year but boiled over at that Vatican family summit. It has continued unabated ever since and is likely to ramp up ahead of the pope’s September visit to the U.S., and then the second round of the Synod on the Family that will feature more debate — and possibly action — on issues of divorce, remarriage, cohabitation and the place of LGBT Catholics.

“It’s too early to know” if Francis’ reform has passed the point of no return, admitted a Vatican official who spoke on condition anonymity because of the sensitivity of the issues. “There’s always a danger when so much is brought in at once. There’s always a chance the pendulum will swing back.”

It’s an especially pressing concern for Francis’ allies, since the pontiff is 78 and has frequently said that he doesn’t expect to have a long pontificate.

So what can keep things from returning to the way they were for so long? As the Romans like to say, “That which a pope can do, another pope can undo.”

One factor in Francis’ favor could be the system he has created to foster openness and debate. Francis has revived and amplified the use of synods, the periodic meetings of bishops that were begun in the 1970s to create a collegial church. Instead, they became eye-glazing confabs that rubber-stamped conclusions foreordained by officials of the Roman Curia.

Francis is also gathering the College of Cardinals on a regular basis, using them as a sounding board, and he created a nine-member Council of Cardinals to advise him at meetings held every two months in Rome.

“His principle is that he must set in motion a process which is irreversible,” said Cardinal Walter Kasper, a well-known German theologian and former Vatican official who is close to Francis.

Kasper, sitting in his apartment across the street from the Vatican, said he does not expect a lengthy term for Francis and thinks the pope needs a few more years to give his initiatives a better chance to endure. But Kasper believes that the system for promoting collaboration among bishops “is already done, and no successor can go back.”

“Of course a successor would do some things in a different way. That’s normal,” Kasper said. “But the process goes on.”

Another key to success for Francis’ program is appointing like-minded bishops and cardinals. As longtime Vatican-watcher John Thavis wrote this week, Francis is “working with a generally conservative hierarchy put in place by his two predecessors.”

“Institutions depend on the people who fill the niches, and if enough niches are filled with people who share the welcoming vision, then this movement will continue,” said Washington Cardinal Donald Wuerl, a leading American adviser to Francis who was in Rome last month for meetings with the pope and other senior churchmen.

“There are a lot of voices that are very loud (in opposition), but I don’t think they represent the mainstream,” said Wuerl.

Even in a top-down institution like the Catholic Church, however, turnover in upper management takes time. Popes generally have to wait for bishops to retire before they replace them, and they have to find their own people to promote. 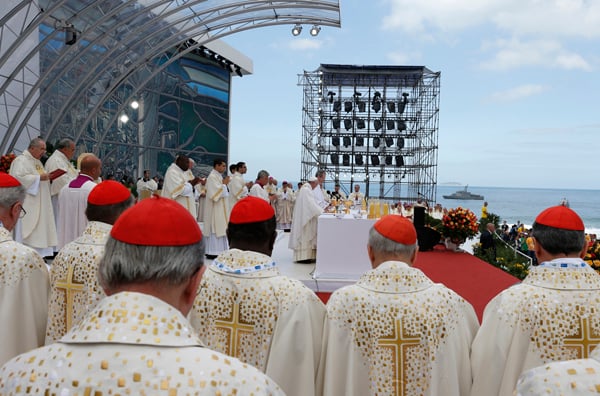 Another potential boost for Francis’ agenda in the future is his success now.

Just as Benedict XVI’s papacy seemed doomed by a spiral of scandal and crisis, Francis’ legacy could be buoyed by his popularity, and if he can make concrete, visible reforms.

“There would be some people who would want to return” to the old ways, said Cardinal John Dew of New Zealand, one of 20 new cardinals Francis appointed last month. But, Dew said, “if things were to be turned back, I think there would be a lot of dissatisfaction and unhappiness.”

Among the disappointed, he said, would be many bishops and cardinals, whose job has suddenly become much easier thanks to Francis’ popularity and generally hands-off approach.

“At the heart of it is expectation,” Wuerl agreed. “Francis has created a new level of expectation for how the church should go about her work, and I don’t think you can change that. And he’s working very hard to put structures in place to support that expectation.”

Yet what is perhaps most critical to the long-term success of Francis’ efforts is a broader acceptance of the idea that the church — and even doctrine — can change. History has shown the church changing on many occasions, something that popes as tradition-minded as Benedict have acknowledged.

“The great idea at stake today is the relationship between the church and history,” said Spadaro.

“Theologically,” he said, “this is about the Incarnation” — the belief that God became man in the person of Jesus of Nazareth. “If one takes seriously the Incarnation — that is, that God made himself part of history — it’s impossible to think of doctrine as fixed code that came down from heaven.”