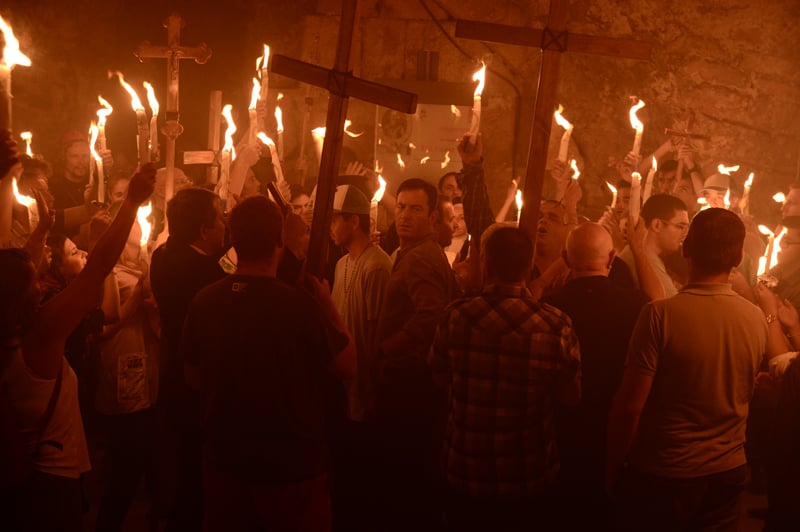 A scene from “Pilot” Episode 101 of “Dig.” Photo by Ronen Akerman/USA Network

(RNS) Biblical breastplates, menacing nuns and an apocalyptic Jewish sect.  What is behind all that religious jazz in the second episode of “Dig“?

The series, which airs Thursday nights on the USA Network, blends biblical prophesy, ancient archaeology and contemporary conspiracy into a heady blend that powers this fast-moving action thriller from one dark turn to another.

But with so much going on (murders, thefts and the genetic engineering of cows and kids) in so many places (Jerusalem’s Old City, the frozen reaches of Norway and the New Mexico desert), viewers might be confused about what’s based on fact and what’s pure fiction.

So here, with no spoilers and only a few peeks for those who haven’t caught up yet, is some background to help the uninitiated:

The Essenes: One character warns that “an Essene” would think nothing of walking naked 60 kilometers across the Norwegian tundra to kidnap a red heifer. Who are these supermen who aren’t afraid of a little snow and cow dung between their toes?

Historically, the Essenes were a Jewish sect active before and during Jesus’ lifetime — the time of the Second Temple in Judaism. They lived in communities scattered across biblical Judea and were known for their sharp asceticism and dedication. Scholars believe they engaged in voluntary poverty, celibacy, vegetarianism and ritual baths, (“Dig” keeps returning to a mikvah, or ritual bath, under the Temple Mount). They’re the guys — and they were all guys — who supposedly kept the Dead Sea Scrolls and, like many characters in “Dig,” they believed that the apocalypse, or end of days, was coming soon.

“Dig” posits that the Essenes did not die out in the Judean desert but are alive and well and looking for a red heifer. There are, indeed, people today who consider themselves contemporary Essenes, usually led by a rabbi. There is even a Modern Essene Movement of Southern California. Their last gathering, according to their website, was a vegetarian potluck supper last November. No mention of naked snow-trekking forays across Norway. 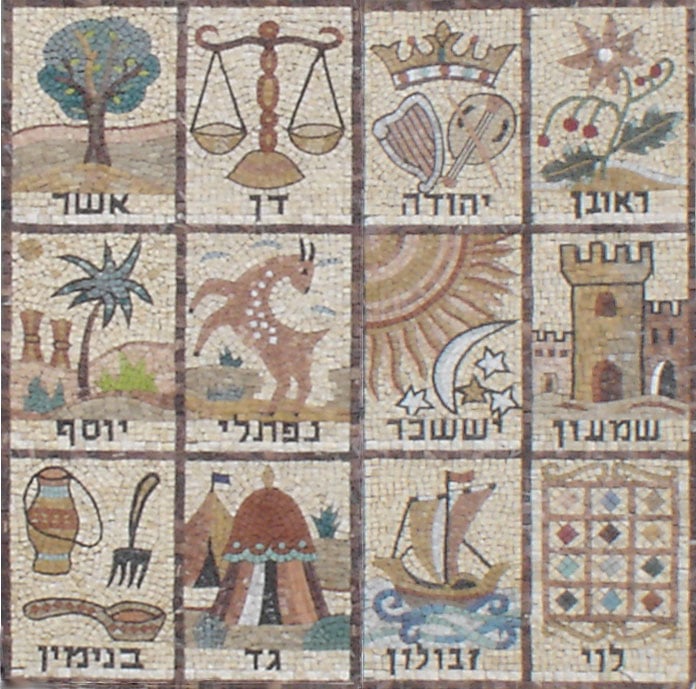 Mosaic of the 12 Tribes of Israel, from a synagogue wall in Jerusalem.

Jewish Christians: Josh, the boy raised in a bunker by a religious cult, is shown having a typical bar mitzvah, the rite of passage for Jewish boys at age 13 (and at age 12 for girls, for whom it is called a “bat mitzvah”). At the end of the ceremony, the Christian pastor who raised Josh shouts “Praise Jesus!” and his congregation cries “Amen.” What’s going on here?

At this point in the series, it is unclear whether the pastor and his followers are Messianic Jews who believe Jesus was the messiah, or a cult of Christians attempting to live as the very earliest Christians did with some Jewish rites and rituals.

Both possibilities are based in fact. The 20th-century “Jews for Jesus” group is a widespread, well-funded organization of people who identify as Jewish but hope to convert Jews to Christianity. Scholars say the earliest Christians — known as “Jewish Christians” — added baptism to their Jewish practices such as observing the Jewish holy days.

Twelve gemstones: The “Dig” pilot focused on a stolen priestly breastplate, a small square decorated with a dozen gemstones. All of that is right out of Genesis. But such a breastplate does not really exist as an ancient artifact kept in a vault under a Jerusalem museum (at least not as far as this reporter can confirm).

This biblical breastplate supposedly had 12 gemstones, one for each of the Twelve Tribes of Israel, the descendants of Jacob, grandson of Abraham, and founder of the Jewish people.

The Bible also says each gemstone was inscribed with a tribal name: Reuben, Simeon, Judah, Issachar, Zebulon, Benjamin, Dan, Naphtali, Gad, Asher, Ephraim and Manasseh. All dudes — and all there, in Hebrew letters, on the stones in “Dig.”

What else does “Dig” get right? Well, there were all those scowling nuns Agent Peter Connelly (Jason Isaacs) pushed through as they progressed along a Jerusalem alley bearing a large wooden cross. True enough: Visiting Christians often retrace Jesus’ steps from judgment to Crucifixion on the Via Dolorosa; many carry their own crosses.

But as for the missing gemstone, the Christians in the bunker and the rabbi who wants the cow? Perhaps it is best to rely on the words of “Dig” Pastor Billingham (David Costabile, formerly of “Breaking Bad”): “These things aren’t easy to explain, but in due time.”