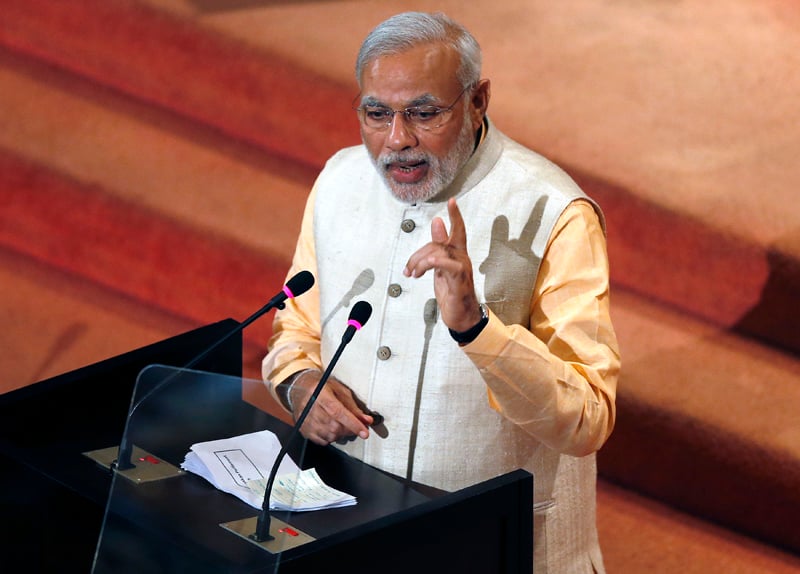 A few months into his appointment, Rao recruited three RSS officers to the Indian Council of Historical Research. At the same time, he proposed that the institute view the Indian mythological scriptures — the Ramayana and the Mahabharata — as historical fact.

In the 10 months since Modi’s election, Hindu right-wing groups such as the RSS have expanded their influence across much of India’s government, say analysts. The groups’ role has become especially crucial in the formulation of new Indian education policies slated for adoption later this year.

The Council of Historical Research plays a major role in those reforms — it funds all serious historical scholarship in the country. But it’s just one of many influential groups infiltrated by Hindutva (Hindu nationalist) elements and being used to peddle their views.

“What we need in India is value-based education, education that will build character,” said Dinanath Batra, a leader in Shiksha Bachao Andolan, a conservative pro-Hindu group invited by the government to make recommendations for the new education policy. “We can’t do that without religion, so religious studies must become a part of school curriculum. The second thing that is required is a complete overhaul of the current setup — every single textbook should be rewritten to reflect national pride.”

To that end, Batra recently persuaded authorities in the northern Indian state of Haryana to use the Hindu holy book, the Bhagavad Gita, as part of the school curriculum.

He said he saw no problem with assigning a Hindu holy book in classrooms that comprise Muslim and Christian students, too. “What does the Gita teach? That we are all one, we should all be honest,” said Batra. “Unlike the Quran or the Bible, nowhere does it say you have to worship only one god.”

In a book titled “Tejomay Bharat,” or “Shining India,” Batra also says that America cannot take credit for research into stem cells, which he says were discovered in the Mahabharata, a Hindu epic poem — an assertion with no scientific backing.

Batra’s books are part of the curriculum in the western state of Gujarat, where Modi was chief minister, a position similar to a governor, for a decade before he became prime minister. 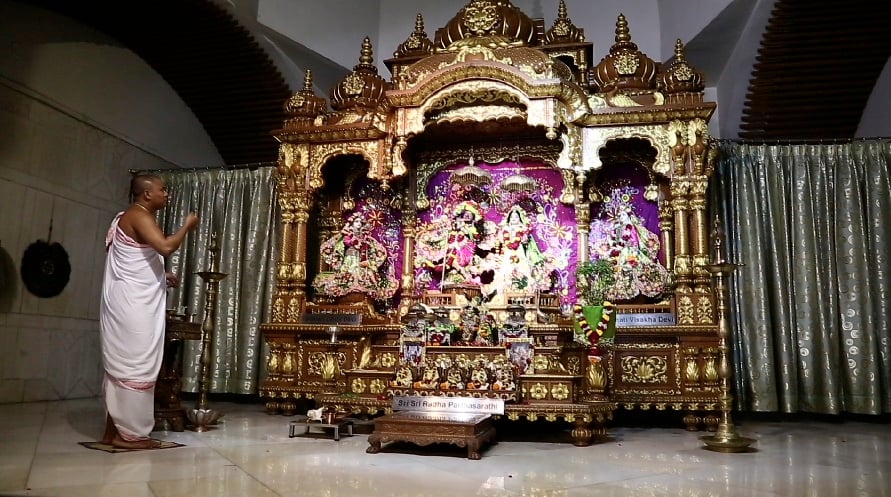 A Hindu temple in New Delhi. Hindu nationalism is on the rise under Prime Minister Narendra Modi. Photo courtesy of Mandakini Gahlot

Religious conservatives have flooded India’s Human Resource Development Ministry with recommendations that many fear will blur the line between government and Hinduism. One proposal recommends eliminating English as a compulsory language in schools. Another recommends studying mathematics as discussed in the Vedas, the oldest Hindu scriptures.

“Why should we not teach Vedic math or science?” said Ajju Chouhan, the Uttar Pradesh state leader of the Bajrang Dal, one of the most militant Hindu groups. “There is proof in the scriptures about achievements of Indian scientists that the West refuses to accept. We have to create a nation where our students are proud to be Indian.”

There is increasing concern over the growing Hindu nationalism since Modi became leader.

In December, the Bajrang Dal stirred controversy when Ajju Chouhan and others carried out a mass conversion of 15 Muslim families in Agra, home of the Taj Mahal. The families later said they had no idea they were being converted to Hinduism and attended the ceremony thinking it was part of a government anti-poverty program.

Other Hindu groups have recently drummed up fears of a “Love Jihad” — a disparaging term for marriages between Hindus and Muslims that nationalists argue could dilute Hinduism in India.

For nine months of his tenure, Modi remained silent even as the groups’ exploits garnered headlines. He finally broke his silence in a speech in Parliament in early March.

“Let’s stop fighting. Hindus and Muslims should unite to fight poverty. As for my government, we follow only one religion — India first. We have only one holy book — the Indian Constitution.”

But Modi stopped short of directly admonishing the Hindu groups that are an important part of his political base.

“If there’s no social harmony, that is not conducive to business,” said Mahajan.

“The larger question here is ‘What kind of India we want to live in?’” she said. “India is a country that has managed to live in diversity despite the strife. Many people see that as the Hindu way of life, where you respect everybody’s values. We would like to see that continue — there’s a lot at stake.”