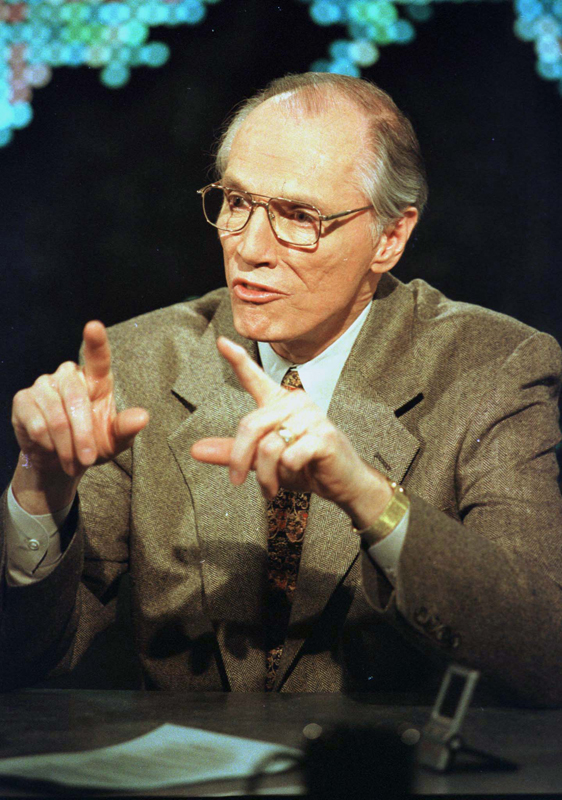 (RNS) The former president of Bob Jones University, one of the nation’s bastions of Christian fundamentalism, has apologized for comments he made in 1980 that gays and lesbians should be stoned to death.

Bob Jones III, who stepped down as BJU president in 2005, made the original remarks while visiting Jimmy Carter’s White House, delivering a petition with 70,000 signatures opposing greater legal protections for gays and lesbians.

“I’m sure this will be greatly misquoted,” Jones said at the time. “But it would not be a bad idea to bring the swift justice today that was brought in Israel’s day against murder and rape and homosexuality. I guarantee it would solve the problem post-haste if homosexuals were stoned, if murderers were immediately killed as the Bible commands.”

In a statement issued by the university on Saturday (March 21), Jones called his earlier comments “inflammatory” and “reckless.”

“Upon now reading these long-forgotten words, they seem to me as words belonging to a total stranger — were my name not attached,” he wrote. “I cannot erase them, but wish I could, because they do not represent the belief of my heart or the content of my preaching. Neither before, nor since, that event in 1980 have I ever advocated the stoning of sinners.”

Jones led the Greenville, S.C., university founded by his grandfather from 1971 to 2005. He remains chancellor as leadership of the school’s presidency has been assumed for the first time outside the Jones family. For many, Jones was the unrepentant public face of a strict interpretation of Christianity that denounced homosexuality and defended a ban on interracial dating all the way to the U.S. Supreme Court.

Yet he remained a leading figure in conservative politics. During the 2000 presidential campaign, then-candidate George W. Bush was roundly criticized for a campaign stop at the campus. The school dropped its ban on interracial dating later that year.

Jones’ apology was prompted by another petition, this time delivered by a group called BJUnity, an informal network of LGBT university alumni and their supporters. The petition on Change.org asked Jones to recant his 1980 comments, and received nearly 2,000 signatures.

“The Bible I love, preach, and try to practice, does not present today the stoning of sinners as God’s way. Its message is the good news that Christ Jesus was condemned on behalf of sinners to rescue all of us from condemnation and judgment by His willing sacrifice, for He was made sin for us that we might be made the righteousness of God in Him,” Jones said.

“I apologize for the reflection those remarks bring upon Jesus Christ, Whom I love; Bob Jones University, which I have loved and served; and my own personal testimony.”

“We are grateful that Bob Jones III has taken responsibility for these words; words that have caused deep harm for many more people than any of us knows,” the group said. “This means a lot to us because it represents the beginning of a change in the rhetoric and conversation.”