Alison White, the next suffragan bishop of Hull. Photo courtesy of The Office of the Archbishop of York

CANTERBURY, England (RNS) The Church of England appointed its second woman bishop on Wednesday (March 25), only two months after it consecrated its first.

White is married to the assistant bishop of Newcastle, Frank White.

Hull falls under the jurisdiction of the Diocese of York, which includes the city of York, about 175 miles north of London.

She will be consecrated bishop on July 3 at York Minster. 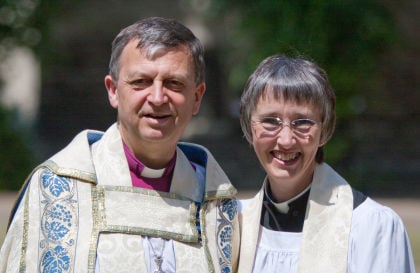 Frank and Alison White, the first family team of bishops in the Church of England. Photo courtesy of the Diocese of York

White replaces Richard Frith, who was appointed bishop of Hereford in 2014.

In a message posted online, she wrote: “You may have noticed that I am married to a bishop. This may seem excessive! You would think that one in a family is more than enough. Believe me, this has crossed our minds.”

The church’s General Synod — its governing body — approved plans late last year to ordain women bishops after years of division and in face of stiff opposition.

Women were ordained as priests in the Church of England 20 years ago but until last year they were not allowed to become bishops. 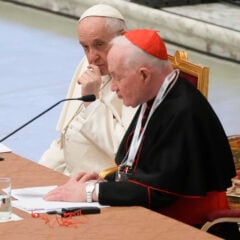 News
In reforming the priesthood, Pope Francis insists on middle ground
Follow us on Facebook!
Submit your photos to RNS