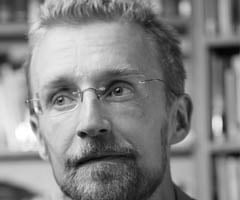 Is it OK to be angry at God?

How should one respond to anger at G-d?

A few years into our marriage, Mrs. FKB and I were having an argument about something. She was getting more and more angry and I was retreating further and further into silence and into a flat affect. If a scientist in a white lab coat were to have interrupted our argument at that moment and asked me what was going on, I probably would have said that I was being calm and reasonable and rational. But Mrs. FKB didn’t see things that way at all.

Abruptly, Mrs. FKB stopped what she was saying, she looked right at me, and she said, “I insist that you fight with me!” It was one of the biggest gifts that she has ever given to me. What I was calling being calm was actually being distant. I was refusing to engage with, to pay attention to, my partner. And my distance was putting up huge barriers to connection and understanding and forgiveness.

And that brings us, Anna and Len (thank you, by the way, for the first-ever tag-team question in Father Knows Best history), back to being angry with G-d.

“Father” is far and away the most common metaphor that we employ when talking about G-d – I don’t know that there is even a close second. But it isn’t the only metaphor Scripture gives us: those of us following the Revised Common Lectionary heard a reading from the Book of Jeremiah just this past Sunday in which G-d refers to himself as Israel’s “husband” (Jeremiah 31:32). And that makes me wonder if some of the lessons of marriage might help to inform our conversation with G-d.

As people of faith, we spend a bunch of time talking about the limitlessness of G-d’s love and power and mercy. But then we often act as though G-d is kind of fragile, as though G-d needs to be insulated from even the smallest criticism, as though it were a radical sin for us or for others to express our doubts or our disappointments in G-d. But what if G-d is not only strong enough to hear our deepest complaints but actually wants to hear them? What if G-d, as our husband, hopes that we will engage in our relationship seriously enough to tell him the truth?

If that’s right, then anger with G-d is not only OK, but it is actually evidence of abiding faith. We see that abiding faith attested across scripture: consider Job, who confronts G-d about the misery and the loss and the injustice that has befallen him, who demands an explanation of G-d; consider the author of Ecclesiastes, who shares his depression with G-d; consider the fury and the despair in the Psalms of Lament (e.g., Psalm 13, 22, 79, 88, 142, and the quivering rage of 139); consider Jesus, quoting one of those very Psalms as he hangs in agony from the cross. Early and often the Bible demands of G-d: “How long, O Lord? Will you forget me forever?” (Psalms 13:1)

How should one, Anna and Len, respond to anger with G-d? Take that anger straight to G-d. Name your anger (and your disappointment and your confusion and your sadness and your grief and whatever else) unapologetically and totally before G-d. Name those hurts as you would name them before a spouse whom you love and respect enough to do the hard work of fighting.

And then pay attention. Pay attention to the holy argument that you have begun with G-d.