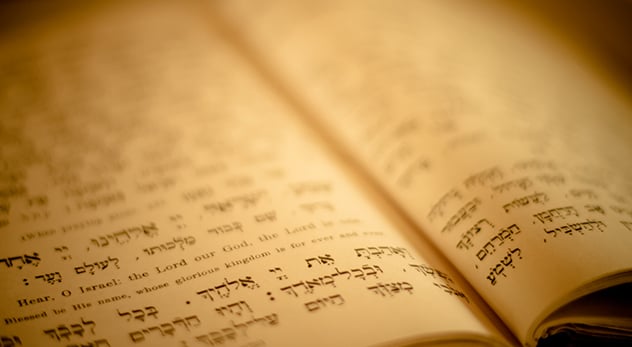 Bestselling author Lauren Winner explores provocative and often overlooked metaphors for God, such as a laboring woman and the "one who smells." - (Image courtesy of Ricky Romero- http://bit.ly/1DZxmFu)
March 25, 2015
Jonathan Merritt

Bestselling author Lauren Winner explores provocative and often overlooked metaphors for God, such as a laboring woman and the "one who smells." - (Image courtesy of Ricky Romero- http://bit.ly/1DZxmFu)

Because Jews and Christians believe that God is something different than what we know and experience in this world, the biblical authors used metaphor to paint pictures of what God was like. Some of these are familiar to many--God as shepherd or God as father. But others are less familiar, such as God as midwife. So Lauren Winner, a bestselling author and professor of Christian Spirituality at Duke Divinity School, decided to explore the lesser known divine metaphors in Scripture.

In "Wearing God: Clothing, Laughter, Fire, and Other Overlooked Ways of Meeting God," Winner explores many surprising and provocative images for God that help us experience and understand God in fresh ways. Here she gives us a sneak peek into the book, which releases next week, and the metaphors she explores.

RNS: Some have said that we can't directly speak of God but can only "get at" God through metaphor. Is this correct?

LW: We can, without metaphor, say some formal things about God: God is the One who is what God has, and so forth. But Scripture seems to like to speak of God in very ordinary figurative language. God is bread. God is clothing. This suggests that what you wear, what you eat, and how you experience the weather has something to offer you about God. God chose to reveal who God is through language of the ordinary everyday. This choice tells us, I think, of God’s desire to be intimately related to us.

RNS: Most people limit their God-talk to three or four images--shepherd, king, Father. How does this limit our understanding of the Divine?

LW: That question is best answered with another question: What happens when you think about God as the psalmist did, God as a wild dog? Maybe that image holds some things that “shepherd” doesn’t. When I simply say “king” and “shepherd” all the time, the words become placeholders, and I can speak them so inattentively that I let them obscure the reality whose place they hold. I repeat them, I restrict my prayer to that small cupful of images, and I wind up insensible to them. The Scriptures’ inclusion of so many metaphors for God keeps us awake to the fact that none of them captures the whole of God.

RNS: One of the biblical metaphors for God you explore is that of a laboring woman. Explain.

LW: In Isaiah, God says: “I will bellow like a woman in labor, I will gasp and pant.” It freaks me out to think of God like this, bellowing with pain. It unnerves me. Probably I should feel unnerved, not just when I ponder Isaiah, and also when I ponder the Cross, which is another picture of God in bodily vulnerability. But thinking of the Cross doesn’t really unsettle me – because I, along with much of the church, have turned a bloody state punishment into tidy, abstract doctrine.

RNS: Does this metaphor challenge the notion that we can only speak of God using male pronouns?

LW: I suppose so, but I think we can arrive without Isaiah at the idea that it might be better not to speak of God with only male pronouns.  It's both common sense and a matter of Christian doctrine that the Triune God is not male, so why speak as though God were?  About four years ago, I began to remove many of the “He”s from my speech about God. Saying “God’s self” instead of “Himself” felt about as natural as speaking backwards would – but why shouldn’t our speech about God be a little strange? The occasional inelegance of speaking without “He” is a theologically instructive marker - a reminder not only that God is “not male,” but that God is different from us, and requires different kinds of speech. 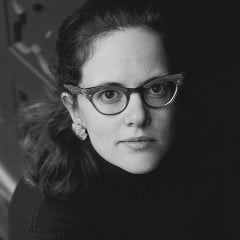 Lauren Winner is a professor at Duke Divinity and bestselling author

RNS: You mention God as clothing in your book. How can this picture expand the way many people conceive of God?

LW: Clothing is a really suggestive metaphor to think with when thinking about God. Just start brainstorming all the things clothing does in your own life:  clothing communicates things about you to other people.  It carries memories. It connects people to each other - thus my students in their Duke sweatshirts helps make them part of a shared student body. Also, clothing is very intimate. It is pressed right up against us, against even those parts of ourselves we would rather hide. So think of God as hovering right up next to those parts of yourself you are ashamed of.

RNS: What is the significance of understanding God as the "one who smells?"

LW: The Hebrew Bible depicts God receiving – smelling – incense offerings. Scholars argue that this incense was a sort of aromatherapy for God. It pleased and calmed God. Smell often implies absence. Scents help calm people when they are separated. This is why you might sleep in your beloved’s clothing when she’s not home. Psychologists call this “olfactory comfort.” I like to think of God’s inhaling all that incense in the context of olfactory comfort. We are separated from God, and God mourns that separation. The final book of the Bible tells us that the “prayers of the saints” are, in fact, incense carried in golden bowls. Maybe the smell of our prayers comforts the God who grieves our absence.

September 21, 2020
Related Posts
By Alejandra Molina
In Oregon, churches and anti-fascists unite to provide mutual aid to fire evacuees and others in need
By Jeffrey Salkin
The most Jewish thing that Ruth Bader Ginsburg ever did
By Yonat Shimron
Ruth Bader Ginsburg, who died Friday, was shaped by her minority faith
By Jeffrey Salkin
COVID has led us all into sin
By Alejandra Molina
600 faith leaders sign letter urging California governor to stop transfer of incarcerated people to ICE