(RNS) Earlier this week, LifeWay Christian Resources announced it would no longer carry “experiential testimonies about heaven,” such as Don Piper’s popular “90 Minutes in Heaven.” Books and films in this vein report people’s various brushes with the afterlife (usually heaven, but sometimes hell) experienced during traumatic moments like surgery or car wrecks.

The LifeWay move follows a 2014 Southern Baptist Convention resolution that criticized this recent spate of “books and movies purporting to explain or describe the afterlife experience.” (LifeWay serves as the media wing of the SBC.)

According to the resolution, the problems with these media are twofold: They describe heaven “from a subjective, experiential source,” and they “contain details that are antithetical to Scripture.” Other evangelicals have condemned the genre along similar lines. 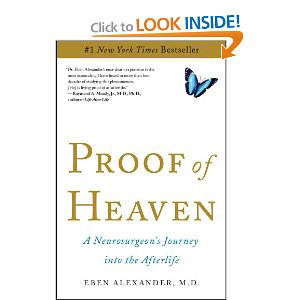 Eben Alexander, a Harvard neurosurgeon who was in a coma for seven days in 2008, encounters an “angelic being” who guides him into the “deepest realms of super-physical existence.” His “Proof of Heaven: A Neurosurgeon’s Journey Into the Afterlife,” was published in 2012. Photo courtesy of Amazon.com

Despite these reproaches, Americans keep consuming these books and movies, and publishers and studios are betting that there will still be an audience for afterlife testimonials for at least the near future. “90 Minutes in Heaven” is scheduled for film release later this year, the Burpo family has booked spring tour dates promoting “Heaven Is for Real,” and Eben Alexander has recently produced another work in the same vein as his popular yet controversial earlier book, “Proof of Heaven.”

Who exactly is reading these books and watching these movies is tough to say. Near-death experiences are phenomena that fascinate Americans of all religious stripes and often use vague language of spirituality rather than distinctive evangelical or even Christian doctrines. “Proof of Heaven,” for instance, occupies the No.1 Amazon sales slot in Christian eschatology but also in “Reincarnation,” under the New Age category.

It seems safe to assume, though, that at least a large chunk of those who are fascinated with afterlife tourism are indeed evangelical Christians. Pat Robertson’s Christian Broadcasting Network dedicated multiple segments to heavenly visitation stories. Liberty University and other evangelical schools have hosted their own “Heaven Is for Real” events. And the upcoming “90 Minutes in Heaven” film is being produced by Family Christian stores and marketed toward evangelical audiences.

If nothing else the persistence of a divided evangelical mind in regards to afterlife testimonials should remind us that there is no such thing as a monolithic evangelicalism in America. More than simply a divided Protestantism (as Todd Brenneman has argued in an excellent piece), there are at least two types of evangelicalism operating here. One is rationalistic. It focuses on “objective” truths that can be gleaned from the natural world and, in 19th-century theologian Charles Hodge’s words, the “store-house of facts” that is the Bible.

The other evangelicalism is more experientially minded. Drawing from the post-1960s “new paradigm churches” such as Vineyard congregations and Calvary Chapels, these evangelicals worry less about theological precision and more about escaping nominal wooden religiosity.

Anthropologist T.M. Luhrmann has written about this latter group in her study of Vineyard Christians, pointing out their willingness to use their imaginations to make biblical truth come alive and encounters with God more tangible. Using imagination does not mean that these evangelicals simply invent God or their spiritual experiences, but it does mean that they allow for more playful and creative takes on how God might be at work in their lives (like setting out an extra cup of coffee for God during morning devotions).

For rationally minded evangelicals, the problem with afterlife testimonials is their subjectivity; they do not align with, as one SBC pastor put it, the “clear, revelatory, propositional statements of Scripture” regarding death and heaven. Instead, they rely on “personal testimonies that cannot be corroborated,” according to the SBC statement. 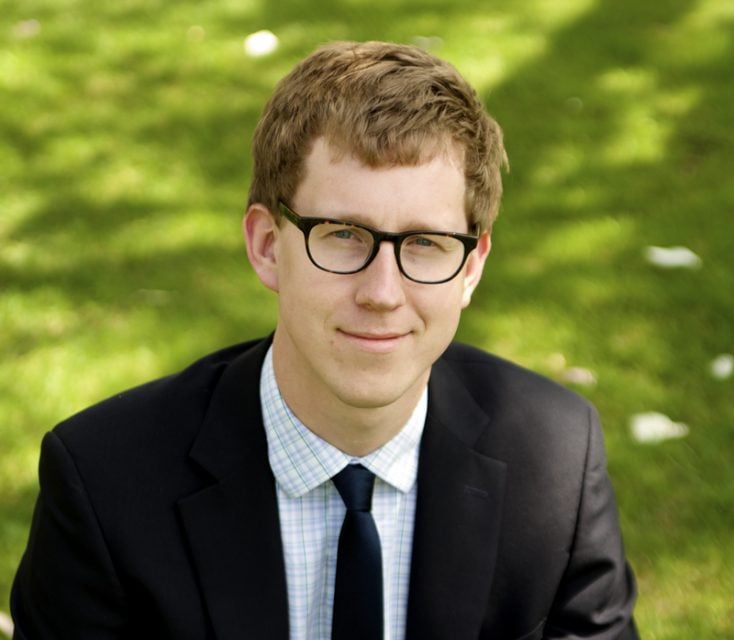 Perhaps rationally minded evangelical gatekeepers sense an intrusion on their turf. A recurring theme in afterlife testimonials is their aspiring objective quality. To cite a few examples, Heaven is “for real” because we can trust the stories of innocent children. There is “proof of heaven” because a highly trained neurosurgeon went there. The repeated focus on measures of time lends a quantifiable air to these stories (“90 Minutes in Heaven,” “23 Minutes in Hell”). Todd Burpo evidenced this concern with either/or objectivity in a Liberty University Q-and-A session about his son’s heaven experience: “People can’t explain away what he saw by the drugs and chemicals creating memories that he never had. He either experienced this or he didn’t, and if he did, heavenly answers are the only answers you’re going to come up with.”

Therefore, the simultaneous popularity and controversy with afterlife testimonials is a result of its placement at the nexus of American evangelical experience. These testimonials pull the heartstrings of Christians seeking genuine experiences while also tempting faithful rationalists with their purported discoveries about empirical proof of the unseen. And they cause such a stir because most churches, and indeed most souls, contain heavenly longings of both the mind and the heart.