The Rev. Barbara Williams-Skinner, co-chair of the National African-American Clergy Network, leads a “pray-in” on April 15, 2015 of women urging the Senate to confirm U.S. Attorney Loretta Lynch as the next attorney general. The Rev. Leah Daughtry, immediately to the right of Williams-Skinner, offered one of the prayers. Religion News Service photo by Adelle M. Banks

WASHINGTON (RNS) African-American women of faith joined other women and political leaders in a “pray-in” Wednesday (April 15) to call on Republicans to quit delaying the confirmation of attorney general nominee Loretta Lynch.

“We’re standing before dead ears and asking you to open them up right now, God, that they might hear you,” prayed the Rev. Barbara Williams-Skinner, co-chair of the National African American Clergy Network. “That they would wake up now from a dead sleep, unaware that America, Americans of all types and backgrounds, are united behind the fundamental concept of fairness.”

President Obama nominated Lynch, the U.S. attorney for the Eastern District of New York, in November, but her confirmation process has stalled on Capitol Hill.

In addition to prayers, the women leaders said they will start fasting until a decision is made, and they invited women of all backgrounds as well as men to fast, too. They are joining with the Rev. Al Sharpton’s National Action Network in a “Confirm Lynch Fast.”

NAN Executive Director Janaye Ingram asked that participants contact Senate offices when they normally would be eating. Fasters were expected to abstain from food one day at a time and be replaced by others the next day.

Several congresswomen, including Democratic House Judiciary Committee members Reps. Sheila Jackson Lee of Texas and Judy Chu of California, stopped by the pray-in, and at least one pledged to fast. Senate Majority Leader Mitch McConnell, R-Ky., was the key object of protest — and sometimes prayer — by the dozens of women gathered around a microphone not far from his office.

Some recalled the recent celebration of Easter, when Christians believe a stone was rolled away during Jesus’ resurrection, as they sought divine intervention.

Asked for a response to the pray-in, Don Stewart, McConnell’s deputy chief of staff, said a vote on Lynch can occur as soon as Democrats end a filibuster on an anti-trafficking bill, which they have blocked because of its anti-abortion language. Stewart said a procedural vote is scheduled on that bill on Thursday. 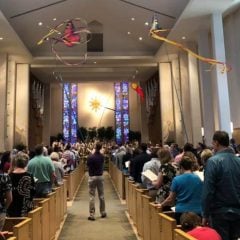 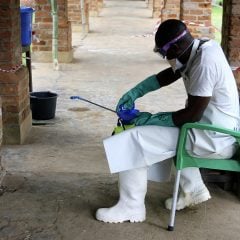 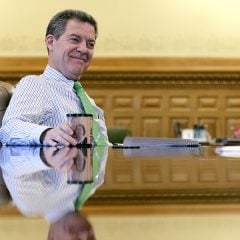