It’s hard to imagine a less imaginative take on Pinterest. The color of the logo and the font are almost exactly the same, and they’ve just slapped “God” on at the beginning. Nevermind that Pinterest is already popular among Christians. Godinterest was developed by a British Christian named Dean Jones in 2014, and its user interface is almost exactly identical to that of Pinterest; it is full of inspirational quotes layered over stock photo inspiration, like the image of a girl in a straw had and red dress running through a cornfield over which says, “Be yourself no matter what other people may think. God made you the way you are for a reason,” (which, to be clear, is not from the Bible). Or this image, in the “humor” section with the caption “Moses Today”: 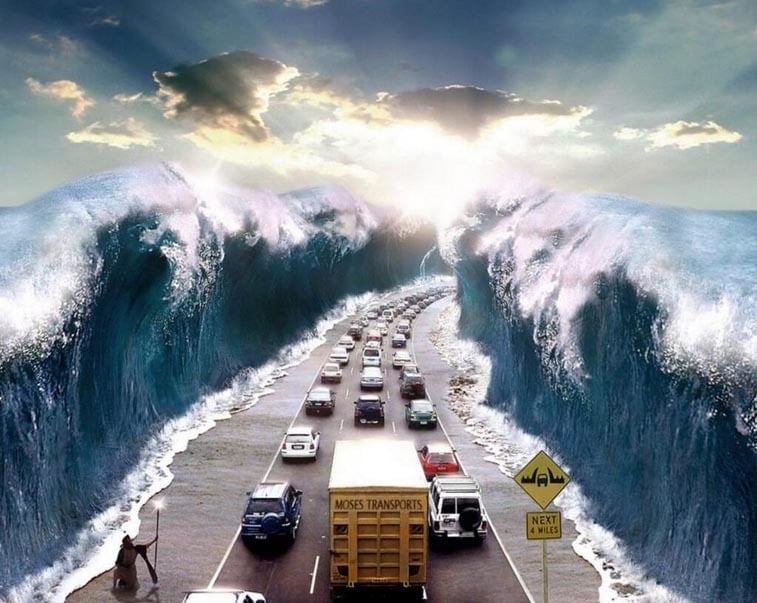 Haha, get it?
Then there’s this gem, which appears to take the famous “footprints in the sand” meme (we can call it a meme now) and turn Jesus into a ghost holding a beautiful woman: 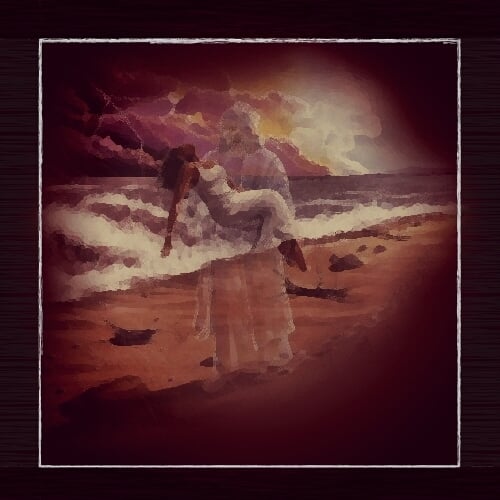 Godinterest, like so many other “Christian” versions of popular products, creates a sort of religious echo chamber. “In today’s busy world, I believe that Christian ministries need to engage the public with social media,” says the About page, in one of the most vague and generic claims I’ve ever read.

I was an RA in college my sophomore year, and the Resident Director–my boss–loved this verse from Colossians 3: “Whatever you do, work at it with all your heart, as working for the Lord, not for human masters…” He had it in a frame in his house and wrote it on our meeting minutes. It’s a good verse, and a reminder that whatever we do as Christians, we are called to do it well, to bring our gifts to bear on it. Making shorthand versions of products that already exist is a lazy thing, approaching if not actually theft, and is not working with all our hearts. It’s ridiculous.

Christians have sometimes take the call to be “in the world but not of it” as an excuse to silo themselves in exclusive huddles, to gossip self-righteously while the rest of the world goes to hell. These kinds of products are a result of that narrow, isolationist way of thinking, which is both sad and maddening. The way to be a Christian in the world is to live like a full person in the world, not to withdraw or berate or live in fear. Those have all been tried and indicted, all found wanting. We don’t need a separate Pinterest, a separate Tinder or clothing line, a separate way to do yoga or buy bathing suits. We need to love the world enough to know when not to rip it off.