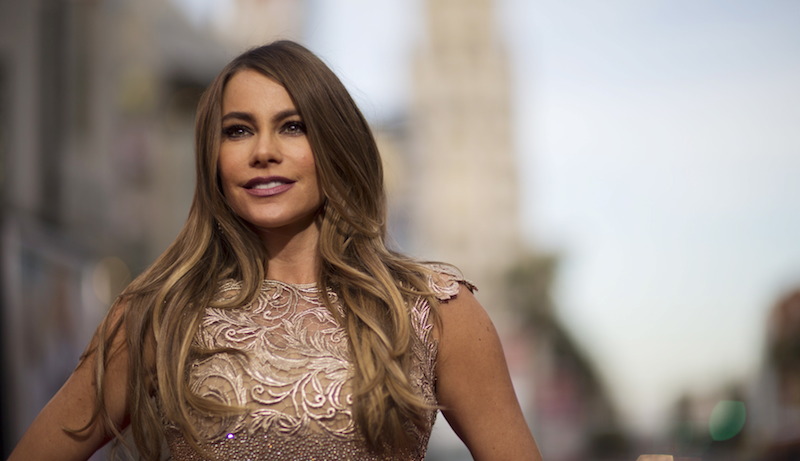 Cast member Sofia Vergara poses at the premiere of “Hot Pursuit” in Hollywood, California April 30, 2015. The movie opens in the U.S. on May 8. REUTERS/Mario Anzuoni –

He wants to be able to bring the embryos to term with another woman. She isn’t ready to do anything with them right now and wants to keep them frozen.

Her lawyer, Fred Silberberg, also maintains that she couldn’t destroy the embryos even if she wanted to because of legal consent forms both signed in November 2013 to prevent either party from taking such unilateral action.

In a New York Times op-ed piece published Wednesday (April 29), Loeb, 39, is keeping the battle in the public eye, laying out his case by writing:

“When we create embryos for the purpose of life, should we not define them as life, rather than as property? Does one person’s desire to avoid biological parenthood (free of any legal obligations) outweigh another’s religious beliefs in the sanctity of life and desire to be a parent? A woman is entitled to bring a pregnancy to term even if the man objects. Shouldn’t a man who is willing to take on all parental responsibilities be similarly entitled to bring his embryos to term even if the woman objects? These are issues that, unlike abortion, have nothing to do with the rights over one’s own body, and everything to do with a parent’s right to protect the life of his or her unborn child.”

Loeb, who markets a relish called Onion Crunch, says in the article that he’s half Jewish and a baptized Episcopalian, but he was most influenced by the religion of his Catholic nanny. He described himself as “pro-parent” rather than using the more common “pro-life” label used by the Catholic church.

Like the church, Loeb believes life begins at conception, the embryos are thus human beings and cannot be destroyed or left frozen indefinitely.

But the Catholic Church is firmly opposed to the creation of embryos through in vitro fertilization for that reason and because of this kind of dispute: What happens to the embryos that are not brought to term?

“One reproductive technology which the Church has clearly and unequivocally judged to be immoral is in vitro fertilization or IVF,” according to the website of the U.S. Conference of Catholic Bishops. “Unfortunately, most Catholics are not aware of the Church’s teaching, do not know that IVF is immoral, and some have used it in attempting to have children.”

Loeb’s article today echoes much of what his lawyer said in a statement to People magazine on April 20. The crux of it then — and now — is that Loeb wants to be a parent. “I have always dreamed of being a father.”

He adds: “Many have asked me: Why not just move on and have a family of your own? I have every intention of doing so. But that doesn’t mean I should let the two lives I have already created be destroyed or sit in a freezer until the end of time.”

One thing Loeb did not address is how he plans to bring the frozen embryos to term, since that would require either a surrogate or a new fiancee or wife willing to be implanted with Vergara’s embryo.

Vergara, 42, who has an adult son, Manolo, got engaged to Joe Manganiello in December.

Neither she nor her lawyer had a response to Loeb’s op-ed piece.