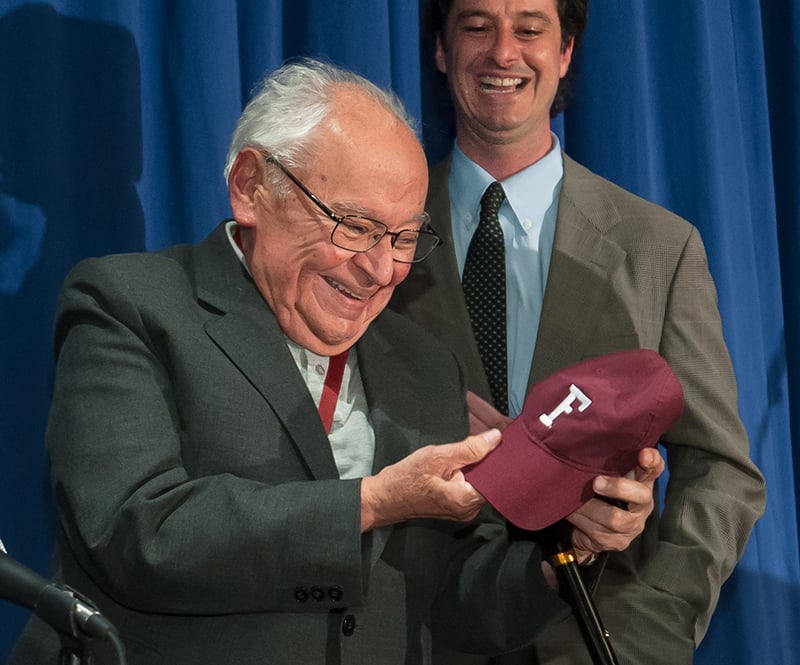 The Rev. Gustavo Gutierrez, the Dominican priest from Peru who is known as the founder of liberation theology, on Wednesday evening (May 6, 2015) at an event in his honor at Fordham University’s Manhattan campus. Photo courtesy of Fordham University/Leo Sorel
May 7, 2015
David Gibson

NEW YORK (RNS) It used to be that just saying the words “liberation theology” around Catholics was enough to start a schism-level fight, or at least raise a red flag in Rome. 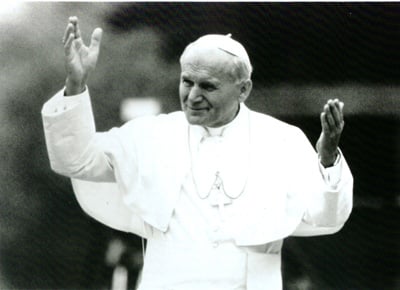 The theological movement that focused on the poor emerged out of the church’s social justice ferment in the 1960s, but it was always viewed by conservatives as an irredeemably Marxist version of the gospel.

Worse, they said it was a tool of Soviet communists who were using the Roman Catholic Church to foment revolution in Latin America and beyond, and at the very height of the Cold War.

The 1978 election of John Paul II, a Polish pope from behind the Iron Curtain who knew the Soviet menace all too well, followed by the election of Ronald Reagan as U.S. president in 1980, marked a turning point in the battle.

Reagan and John Paul helped spell doom for the Soviet empire, and the pontiff waged a decades-long campaign inside the church -- helped by his doctrinal chief, Cardinal Joseph Ratzinger, who would later become Pope Benedict XVI -- to quash liberation theology and silence its most ardent supporters.

Today, however, it’s a wholly different story -- and to listen to the Rev. Gustavo Gutierrez, the Dominican priest from Peru who is known as the father of liberation theology, one might wonder what all the fuss was about.

“Liberation theology, from the first line of the book until the last line, is against Marxism,” Gutierrez said Wednesday (May 6) at an event in his honor at Fordham University’s Manhattan campus. The book he referred to was his landmark 1971 work, “A Theology of Liberation: History, Politics, Salvation.”

For Karl Marx, Christianity was “oppression,” he said. But the 85-year-old Gutierrez said his life's work is committed to the view that “Christianity is liberation.” 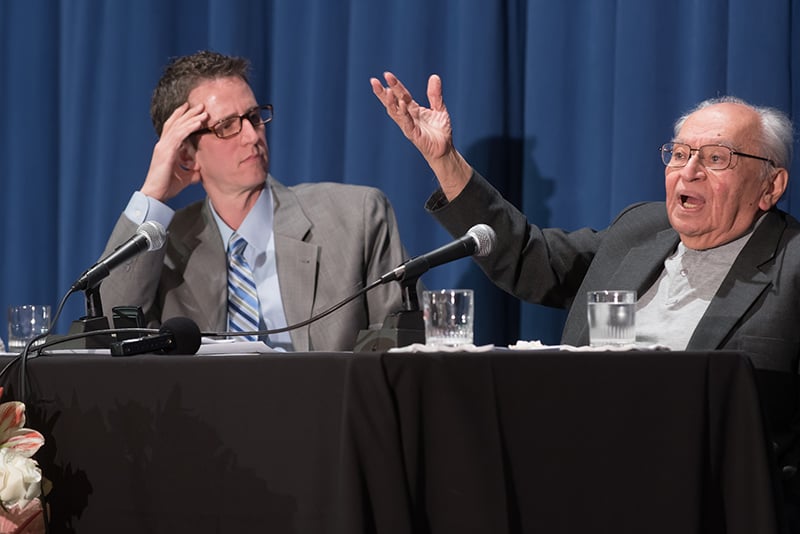 Right, the Rev. Gustavo Gutierrez, a Dominican priest from Peru who is known as the founder of liberation theology, speaks Wednesday evening (May 6, 2015) at an event in his honor at Fordham University’s Manhattan campus. Photo courtesy of Fordham University/Leo Sorel

Who could argue with that? Certainly not Pope Francis, who has put poverty, and the poor, at the top of his agenda for the church. He's brushed off the "Marxist" and "communist" labels, even saying in 2013, "I have met many Marxists in my life who are good people, so I don’t feel offended.”

But in emphasizing the "preferential option for the poor," the pope has helped to bring liberation theology in from the cold.

The Vatican’s semiofficial newspaper, L’Osservatore Romano, has written that with Francis’ election, liberation theology can no longer “remain in the shadows to which it has been relegated for some years.” Francis has an ally in his own doctrinal czar -- a German theologian, Cardinal Gerhard Mueller, who was appointed by Pope Emeritus Benedict.

Before he became a senior churchman, Mueller spent every summer for 15 years in Peru, teaching theology in the poorest regions and becoming good friends with Gutierrez -- and something of a convert to liberation theology. Left to right, Cardinal Oscar Rodriguez Maradiaga of Tegucigalpa, Honduras; German theologian, Cardinal Gerhard Mueller, head of the Vatican’s Congregation for the Doctrine of the Faith; and the Rev. Gustavo Gutierrez, during a news conference to unveil Mueller's book "Poor for the Poor: The Mission of the Church" on February 25, 2014 in Rome. Religion News Service photo by David Gibson

Indeed, Gutierrez last year spoke at a Vatican book launch for a volume by Mueller, "Poor for the Poor: The Mission of the Church."

That’s a long way from the days when the Vatican office Mueller heads was investigating and censuring liberation theologians (Gutierrez himself was never disciplined).

The process of rehabilitation will take another step forward next week when Gutierrez will be a featured speaker at an official Vatican press conference launching a major meeting of the Vatican's charity arm, Caritas Internationalis.

It’s a remarkable turn of events for Gutierrez, a diminutive man who walks with a cane, gestures energetically with his hands and speaks halting English.

Gutierrez is in a sense the Yoda of Catholicism: a small but sage presence who has known vituperation and exile, and who is now able to see his life’s work vindicated -- perhaps to the point that its teaching on the poor is part of the church’s architecture, not a threat to its foundation.

“The name ‘liberation theology,’ maybe we don’t need it, you know?” he said in an animated, 90-minute discussion before a packed lecture hall. “The name liberation means salvation. The theology of liberation is the theology of salvation, that is to say, communion.

“I am not exactly concerned by the future of liberation theology,” he said. “My main concern is with the future of my people, and of my church.”

Still, not everyone is buying it.

Gutierrez recalled an American evangelical Protestant who came to visit him and immediately asked Gutierrez what liberation theology’s position was on the Israeli-Palestinian conflict.

“My friend,” he responded, “do you think liberation theology is a political party and I am its general secretary?”

That drew laughs, but there are still some, especially on the Catholic Church’s right flank, who believe that liberation theology was a communist plot and that people like Gutierrez are promoting a threat that has outlived the Soviet Union and the KGB.

Indeed, the Catholic News Agency this month ran an interview with Ion Mihai Pacepa, who served in communist Romania’s secret police before defecting to the U.S. in 1978, in which Pacepa argued that liberation theology was in fact “born in the KGB, and … had a KGB-invented name.”

Though widely considered a fanciful claim, that hasn’t stopped some from picking up on his thesis, or Pacepa from pointing a finger of blame at liberation theologians, chiefly Gutierrez: “I recently glanced through Gutierrez's book” on liberation theology “and I had the feeling that it was written at the Lubyanka,” he said, referring to the KGB’s infamous Moscow headquarters.

When asked at Fordham about such claims, Gutierrez seemed exasperated and simply pointed at his head and spun his finger to indicate how crazy he considered such views. “It does not deserve two minutes,” he said dismissively.

Gutierrez actually seems more worried about Francis and opposition he is facing. He noted that critics often accuse the pope of being a Marxist and are anxious about Francis’ desire to have “a poor church for the poor” -- a mantra that could come straight from Gutierrez and his views on what lies at the heart of Jesus’ message.

“We cannot think that he is alone in his fight to go back to the Gospels,” Gutierrez said. “It must also be our fight.”