(RNS) Alex Garland’s artificial-intelligence thriller “Ex Machina” has already been called, by just about everyone, the “sleeper hit of the summer.” And it’s easy to see why: The film is taut, stylish, sexy and decked out with seriously creepy and understated computer-generated images.

It’s also perhaps the best metaphysical musing on transhumanism that Hollywood has ever produced, and a radically anti-religious film. In a good way.

There have been AI movies before: “Blade Runner,” “ the “I, Robot” films and of course the entire “Terminator” franchise. And the conundrum of artificial intelligence is well-known. If a robot looks like a duck and quacks like a duck, is it thinking like a duck? Or is it just mimicking the duck so well that we can’t tell the difference? And what, exactly, is the difference?

This is the initial setup of “Ex Machina,” and it is indeed a little familiar. Caleb, a millennial programmer well underplayed by Domhnall Gleeson, is dispatched to the remote lair of Nathan, a Sergey-Brin-Steve-Jobs-Mark-Zuckerberg-Elon-Musk figure, to evaluate an artificial-intelligence project. Does the new AI pass the “Turing Test” (named after the subject of last year’s Oscar-winning “The Imitation Game”), which means Caleb can’t tell the difference between it and a human being?

But these conventional parameters of AI fiction are quickly transcended. As the plot twists unfurl, it becomes clear that the deeper question is not whether Ava, the sexy AI robot, is actually thinking — but whether Caleb is. It seems as though Ava is falling in love with Caleb, but in fact, it’s Caleb falling in love with Ava.

Romantics, religionists and humanists insist that love is one of those transcendent capacities of the soul. It can’t be reduced to mechanics — to hormones and neurons, psychological patterns and deterministic factors. It’s where we are our most human.

But as Caleb understands the web into which he’s fallen, he discovers that he’s every bit as programmed as Ava. What seems to be our most human faculty is, in fact, entirely predictable, and reducible to cause and effect. And it can be manipulated — by the billionaire and by the robot, which may or may not be a femme fatale.

So Caleb begins to doubt his own humanity. At first, I thought this was going to be the Big Twist in the plot. Caleb wonders this too, slicing through his own skin to see whether he bleeds or not.

But what’s the difference if he’s made of silicon or carbon? The point is that, just like Ava, Caleb’s thoughts and desires are basically “impulse … response … fluid … imperfect.”

Part of what’s appealing here, beyond the styling, is that, as Nathan says at one point, its technology does seem inevitable. It may take closer to a century than a decade, but at some point, we’ll have created devices that pass the Turing Test. And as science fiction writer Arthur C. Clarke said, any sufficiently advanced technology will look like magic — or, in this case, a soul.

“One day the AIs are going to look back on us the same way we look at fossil skeletons on the plains of Africa,” Nathan tells Caleb. “An upright ape living in dust with crude language and tools, all set for extinction.” Quoting Robert Oppenheimer quoting the Bhagavad Gita, Caleb says, “Now I am become death, the destroyer of worlds.”

This is science fiction, of course, but its logic is ineluctable — and has already been foreseen by Isaac Asimov, Clarke and others. And AI is only one feature of the futurist landscape. Transhumanism, for example, is the ideology/movement/futurist speculation that explores what happens when humans transcend biology, in the words of one of its leading thinkers, Michael Anissimov.

The technologies that will enable humans not only to live longer, but potentially to endure as discrete consciousness indefinitely, include AI, nanotechnology and the far-off ability to upload the contents of a human brain to a silicon-based device.

Forget wearable computers. The computers are going to wear us.

And yet, at the same time as such technological innovations are foreseeable and even partly underway, many want to turn back the clock to imagined pre-modern times of religious piety (though presumably with modern medicine).

And not just in the Islamic State:  In churches, where people’s brains are having experiences ascribed to a supernatural entity; in bars, where brains are temporarily modified by alcohol binding to receptors for neurochemicals;  and at home, where our brains release serotonin when we spend time with those we love.

Humans are made of meat, but we still imagine that these physical events in the brain are somehow ascribable to God, or the soul, or love. Surely what is actually happening is a matter of cause and effect, but most of us hold onto the notion that there is a deus ex machina, a God (or ghost) in the machine — not just the machine itself.

“Ex Machina” is thus a radically anti-religious movie — not simply because its Svengali-like hero-villain is compared to God, but because it challenges the whole notion that human beings are more than meat, have free agency and have some soul that transcends the body and brain.

For Christians, this may be anathema — a kind of materialist nihilism that leaves no place for God. But for many Buddhists, it is liberation. Released from the illusion that each of us is a separate homunculus walking around inside our heads, it’s possible to take one’s desires a little less seriously.

Of course, for futurists, it is simply the way things are.

In a way, then, Christian fundamentalists are fighting the wrong battle, carping about homosexuality, feminism and sexual freedom. That’s chump change. They should be worried about what artificial intelligence and infinite consciousness extension will do to cherished notions of the human soul — not to mention the value of their various low-level religious experiences, which will soon be able to be simulated by machines.

As “Ex Machina” makes clear in fiction, and as transhumanism will once make reality, there’s no there, there. The profound experience of Jesus’ divine love and grace is, in fact, a neurological event that very soon will be able to be “artificially” induced — both in humans and in AI. Perhaps the paroxysms of fundamentalism and traditionalism that our world is experiencing are, in some way, dimly aware of the scientific and materialist challenges to religious interpretations of the world. Perhaps this is traditionalists’ last stand.

They ain’t seen nothing yet.

(Jay Michaelson is a columnist for The Daily Beast. He holds a doctorate in Jewish thought from Hebrew University and a J.D. from Yale Law School.) 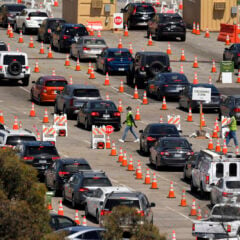 News
Lending hope in a pandemic year, Octavia Butler’s ‘Parable of the Sower’ makes a comeback 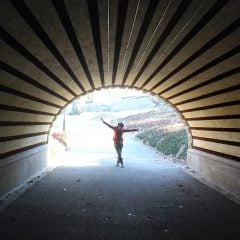 Religion Remixed
If God is dead, is it OK if we save ourselves? 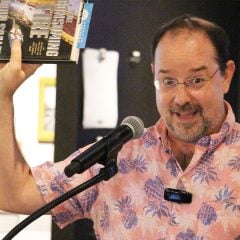 Best of RNS 2018
Should we live to be 500? Christians and secularists come together over transhumanism