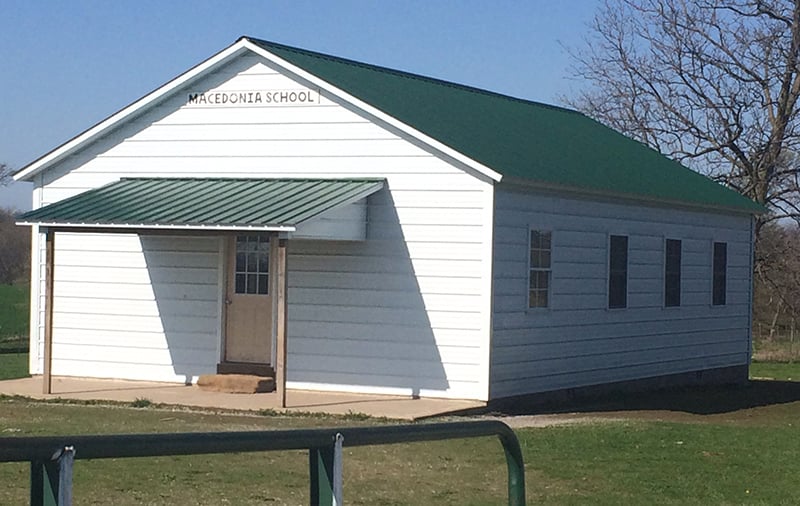 CLARK, Mo. (RNS) Maryann Yoder, 5, will join her sister Edna, 7, and other Amish children in a local one-room schoolhouse in a few years. But until then, speech therapist Anna Crusha provides a different education for the girls, just for the two of them, in their tidy home every Thursday.

Crusha, working for the Sturgeon R-V School District, uses board games and other activities to improve their speech. The sisters are both partially deaf.

Deafness is among several genetic and hereditary disorders plaguing the insular Amish community that generally rejects, at varying levels, modern technologies such as electricity or motorized vehicles.

As the number of Amish have grown to an estimated 300,000 nationwide, so too have the number of Amish children diagnosed with genetic-based disorders. That growth poses a challenge for cash-strapped, largely rural, community-funded educational services such as the school district here in north-central Missouri where Crusha works.

The girls’ mother, Lizzie Yoder, said Maryann and Edna have greatly improved since working with Crusha. When the girls were younger, the Old Order Amish family learned signed language to be able to communicate with the grils, but since then, Edna and Maryann have learned to communicate through speech.

Yoder said the most difficult part was answering the girls’ questions in a way they could understand. Now, the sisters’ main challenge is using complete sentences, rather than just speaking in individual words.

“Like saying ‘the horse is sick’ instead of ‘horse sick,’” Yoder said.

Even though Amish children attend their own schools and are exempt from attending school after the eighth grade, the Sturgeon school district and others like it provide speech therapists and other related services to Amish families in their district until they leave school.

Crusha works part time for the district and provides services to a few Amish families. The Amish are part of what the public school district considers “parentally placed” private school children. Once the school district is made aware the families need the services, children starting in kindergarten receive a special needs plan. The district reserves a part of each year’s budget to provide these services free for families — whether they are Amish or not.

But hearing aids can get expensive. Generally, the Amish don’t buy health insurance and hearing aids can range from $1,000-6,000 per ear. Yoder said there were a lot of options, but with help they found some relatively cheap devices at about $1,000.

Deafness runs in both sides of the Yoder family, affecting mostly extended family members. But Yoder said she didn’t think much of it until two of her children were diagnosed with it.

The Amish are largely descended from fewer than 100 Pennsylvania settlers in the 1700s, according to Matthew Sware, development director for the Clinic for Special Children in Strasburg, Pa. Those insular genetics predispose them to higher levels of problems, such as deafness, than the general U.S. population. 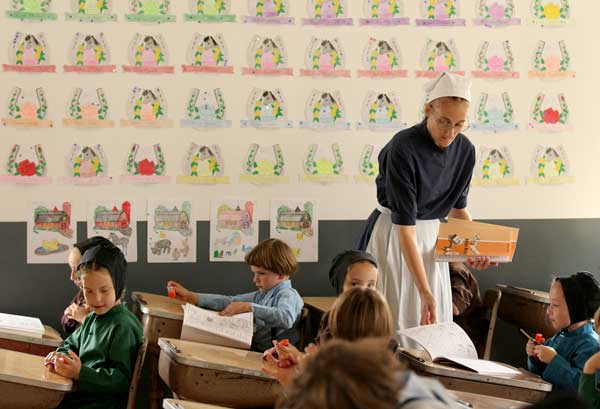 The Clinic for Special Children is one clinic working to combat and study genetic disorders among the Amish and Mennonites. About 2,500 patients with some 150 different disorders rely on the clinic, located in the heart of Amish Country near Lancaster.

Genetic disorders include well-understood issues such as deafness and Down syndrome as well as lesser-known diseases like Maple Syrup Urine Disease (which can kill babies who are not properly diagnosed early) to Glutaric acidemia, which can cause severe brain damage.

Sware said it took a long time to build trust with the community in Pennsylvania but now the clinic staff are able to provide educational information to the Amish about disease needs and available services.

“In 1990, these diseases that started the clinic services that we have were pretty devastating. There were brain injuries these kids developed or the disease basically manifested as cerebral palsy,” Sware said. But he said now 40 percent of the diseases they see are treatable, both because of a greater understanding of these diseases and because Amish parents have a place to take their children for early intervention.

There are similar clinics all over the United States, helping Amish communities. Some clinic staffers gather once a year to discuss new findings or to ask questions they might be struggling with. Sware said depending on the diversity of a community’s genetic pool, some of the genetic diseases may be specific to a certain area; others overlap.

Amish communities began their own one-room schoolhouses separate from “the English” (as non-Amish are known) in the 1930s. But students with special needs often continued to attend the public schools with English children.

In 1975, the Amish decided to do something on their own about students with special needs when an Amish community in Lancaster County opened the first Amish special education school.

“If you look at it from the Amish perspective, school-based learning is to prepare a person to have the reading and math skills to be a productive Amish citizen,” said Mark Dewalt, a professor in the College of Education at Winthrop University in Rock Hill, S.C. “So, Amish believe that if we’re doing this for these students, we ought to see how we can meet the needs of the special needs students.”

Once the Amish saw the success in Pennsylvania, it spread to other communities.

Dewalt said he has witnessed multiple Amish classrooms incorporating children who are partially or entirely deaf into the regular classroom. And, he said, in these classrooms all the children learn American Sign Language to communicate, not just the students with special needs.

“So, now that child can feel included,” said Dewalt. “The Amish have always been an inclusive type of group where nobody is more important than the other.”

Donald Kraybill, senior fellow at the Young Center for Anabaptist and Pietist Studies at Elizabethtown College, said both the degree of traditionalism and the size of the community will shape special needs services. Smaller settlements can’t always provide the same options as larger ones.

After eighth grade, Amish students will leave school and begin learning their specific trade. But for students with special needs, that might look a little different than their peers. Some family members of a child with special needs will seek work options that suit their skills. In larger settlements, Amish community workshops hire people with special needs to do work that’s appropriate to their mental or physical capabilities.

Kraybill noted that the Amish have a new awareness about children with special needs.

News
Normally a refuge on campus, college Muslim groups fight students’ isolation in a pandemic
Coronavirus
Reopening schools for all the wrong reasons
Spiritual Politics
White House tells CDC to butt out of religion
News
Jehovah’s Witnesses complete entire Bible in American Sign Language
Opinion
We can protect prayer in schools without blessing Christian nationalism
© Copyright 2020, Religion News Service. All rights reserved. Use of and/or registration on any portion of this site constitutes acceptance of our User Agreement and Privacy Policy, Privacy Statement and Cookie Notice. The material on this site may not be reproduced, distributed, transmitted, cached or otherwise used, except with the prior written permission of Religion News Service.