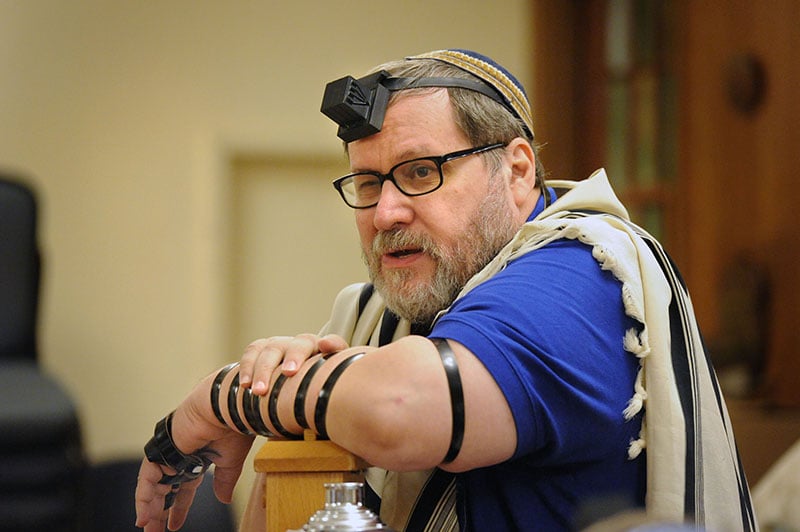 WASHINGTON (Reuters) An attorney for the prominent Washington rabbi who pleaded guilty to secretly videotaping dozens of women naked during ritual baths asked a judge to sentence him to community service, not prison, according to court records.

Prosecutors are seeking a 17-year prison term for Rabbi Barry Freundel, 63, who will be sentenced on Friday (May 15). He pleaded guilty in February to recording the women between early 2009 and October 2014, using devices installed in two changing rooms for the National Capital Mikvah, next to the Kesher synagogue in the upscale Georgetown neighborhood.

Freundel attorney Jeffrey Harris, in a memo filed on Friday in response to the prosecutor’s request, said Freundel has been punished enough by being publicly humiliated and losing his job.

In the memo, the first time that Freundel or his attorney publicly addressed the case, Harris said Freundel sought medical attention after he was arrested in order to understand why he committed the crimes and to prevent him from doing it again.

Putting Freundel behind bars to keep him from interacting with society is unnecessary, Harris wrote. He recommended community service, saying Freundel already is teaching Judaism to small classes via telephone without compensation.

Harris also said Freundel regretted his actions and the affect they have had on the Jewish community.

The prosecutors in court papers filed on Friday asked the judge to sentence Freundel to four months for each of the 52 misdemeanor counts of voyeurism to which he pleaded guilty.

That represents a third of the maximum penalty but prosecutors called the 17-year recommendation “a reasonable and just punishment for this severe conduct that falls on the extreme end of the voyeurism spectrum.”

The mikvah, or ritual bath, is used most frequently as purification by people converting to Judaism and by Jewish women seven days after the end of their menstrual cycle.

Police began investigating Freundel, who headed the Kesher synagogue for 25 years, when a woman found a camera in a clock radio in the bathing area and turned it over to officers.

“I was violated … my rabbi is a pervert,” one unidentified victim said, according to court documents.

Another said: “We were at our most holy and our most naked, and he was watching it all.”