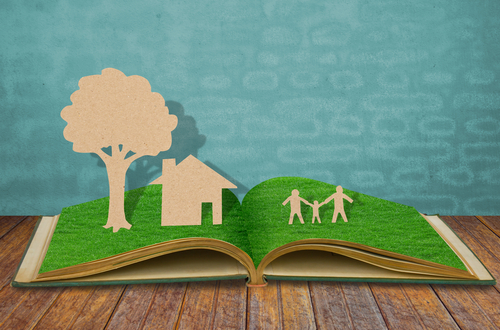 While debating a proposed law that would permit people to carry concealed weapons in public buildings, Allen said: “Probably we should be debating a bill requiring every American to attend a church of their choice on Sunday to see if we can get back to having a moral rebirth."

Although the senator said it was a “flippant” suggestion, she remained unapologetic for her comments on “the moral erosion of the soul of America.”

If such a law were actually enacted, Arizona would need to create a Religion Security Administration similar to the Transportation Security Administration. Instead of inspecting airline passengers and their baggage, “church cops” and “synagogue sleuths” would check the records of every person in Arizona to guarantee compulsory weekly attendance at a house of worship.

But if a person sleeps through a sermon, does that mean the state gives only half attendance credit to the bored or fatigued congregant? And what about folks who sit in the pew but choose not to pray or join in congregational singing? Will these crimes and misdemeanors appear on a person’s religion rap sheet?

Allen told the Arizona Capitol Times she wanted a return to the America she remembered from the 1950s: "People prayed, people went to church. I remember on Sundays the stores were closed. The biggest thing is religion was kicked out of our public places, out of our schools."

Her wacky proposal set me thinking about how I remember the America of the 1950s.

First, there was the bloody war in Korea that lasted three years. Some 33,686 U.S. military personnel were killed and an additional 100,000 were wounded or missing in action.

Then there were the ”Jim Crow” laws aimed at African-Americans that included harsh restrictions on public accommodations, voting rights, education, transportation, employment and housing.

In 1955, a Montgomery, Ala., activist named Rosa Parks refused to give her seat on a local bus to a white person. Her arrest triggered a 13-month bus boycott and the start of the civil rights movement led by the Rev. Martin Luther King Jr. He didn’t require state-enforced attendance at his Montgomery church to permanently change America.

A year later, more than 100 Southern congressmen signed a “Southern Manifesto” declaring that they would do all they could to defend racial segregation. Presumably, many of the signatories attended weekly religious services.

The 1950s was a terrible time for folks called “fruits,” “queers” and “faggots.” There was no organized LGBT community back then, and few if any legal advocacy or support groups. It was a lonely, bitter time. One of my gay high school classmates committed suicide because of the venom and hatred he experienced.

During the same period, women were encouraged to reclaim their roles as wives and mothers. But the 1950s of “togetherness” that Allen idealizes was an era of intense dissatisfaction for many women. That malaise erupted in 1963 when Betty Friedan published “The Feminine Mystique,” asserting that suburban life was “burying women alive.”

The 1950s were the years of the Red Scare, led by U.S. Sen. Joseph McCarthy, R-Wis., whose congressional hearings and “investigations” destroyed many personal lives. Many innocent Americans lost their jobs, as well as their families and friends, as a result of McCarthy’s hyped-up scare tactics.

The real communists in the Soviet Union were engaged in a frightening Cold War with the United States. In the America of the 1950s, underground home bomb shelters were constructed and equipped with water, medical supplies and food in case of an atomic attack.

It’s clear Allen needs not only a refresher course on the Constitution and religious liberty, but also a history lesson.

Related Posts
By RNS staff
From civil rights to no nukes: A look at historic protest photos
By Thomas Reese
My generation failed to deal with racism
By Cheryl Townsend Gilkes
Kneeling to venerate hate: The meaning of a police killing in Minnesota
By Adelle M. Banks
Joseph Lowery, minister, civil rights leader, friend of King, dies at 98
By Gary Fields
Civil rights: The road to Bloody Sunday began 30 miles away