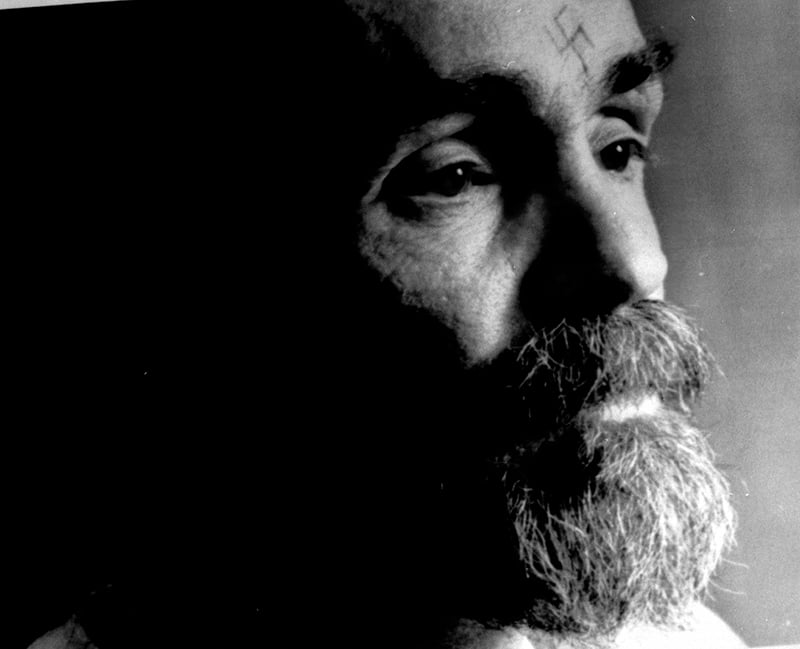 Charles Manson talks during an interview on August 25, 1989. Photo courtesy of Reuters
*Editors: This photo may only be republished with RNS-DEATHROW-CHAPLAIN, originally transmitted on May 20, 2015.

American Christians were once strongly in favor of capital punishment, but now they find themselves increasingly conflicted. After a judge sentenced Dzhokhar Tsarnaev to death for his role in the Boston Marathon bombings, religious leaders in the city found themselves on both sides of the issue. Lawmakers in Nebraska are considering a bill to ban the death penalty there, which would make it the first conservative state to do so in four decades. And Christian leaders such as Jay Sekulow and Pat Robertson have provided support for movements like Conservatives Concerned About the Death Penalty.

In such a moment, Reverend Earl Smith has decided to speak out. When Smith became chaplain of San Quentin in 1983, he was the youngest ever hired by the state of California. While there, he played chess with Charles Manson, negotiated truces between gangs, and witnessed many executions. In 2000, he was named National Correctional Chaplain of the Year and now serves as chaplain of the San Francisco 49ers and Golden State Warriors. Here we discuss his views on justice, America’s correctional system, and his new book, Death Row Chaplain: Unbelievable True Stories from America’s Most Notorious Prison. 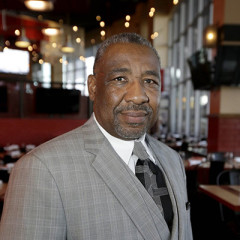 RNS: Describe what day-to-day life is like for death row inmates at San Quentin. Would you consider it humane?

ES: Each day on death row is different, yet each day is the same. Your lunch is served with your breakfast. Most days are spent watching television, sleeping or reading. Exercise is an option on certain days. Religious services are offered once a week on a rotating basis. The only area that actually has a chapel is East Block, which accommodates 24 inmates. Communication from cell to cell is done through yelling or an inmate mail system called a “kite” on a “fish line”. In only one of the three areas in San Quentin housing condemned inmates, inmates are allowed some opportunities to mingle during various parts of the day.

RNS: Tell us about your relationship with Charles Manson? What was your assessment of his spiritual state?

ES: After each conversation I had with Charles Manson, I went away in awe of his ability to capture a moment and claim it as his. Charles Manson was exactly what he sought to be. Charles wanted people to see him, hear his name and fear him. The problem is that Charles is a little person who sees his height in terms of emotional and psychological dominance. Psychological warfare was his means of survival. He once told me, “this is my world, and I decide when you do what you do. The trees, the stars, the grass they all belong to me”. Charles was interested in the manipulation of people for the sole purpose of seeing if he could manipulate them.

RNS: You witnessed 12 executions. Describe briefly what it feels like to see that kind of thing?

ES: To see a man strapped into a chair or on a gurney is actually a small part of the execution process. After the condemned man dies, the process of the execution lingers. The staff that walks the inmate into the chamber, the official witnesses, the victim’s family members and the inmate’s family members all are assembled in the same room. The administrative staff member assigned to the task of implementing the protocol has to disassociate themselves from the notion of death. The focus is turned to a person who is asked if he has any last words. People have asked me if lethal injection is more humane. My answer is capital punishment, via hanging, gas, firing squad, electrocution, guillotine all get the same result … death. [tweetable]Seeing an execution is seeing death. You can never forget what you see.[/tweetable]

RNS: Since humans are created in God’s image with inherent dignity, I don’t think humans should be able to legally execute other humans like this. What do you think?

ES: Sin is sin, and he that is without sin should be required to cast the first stone. If there is no one available, then perhaps we should come up with an alternative. God does not make mistakes, so the flaws witnessed in the process of the gruesome crimes which result in sentences of capital punishment are those of an infested society, not of a God who pronounced all creation “good”. A reference point for the argument of support for capital punishment is found in the mandate to support the laws of the land. I believe there are just and unjust laws. Is capital punishment one such unjust law? I truly do not know. What I know is that the only deterrent is to the person executed. Murders still take place on the day of an execution, so clearly the focus has not presented a time of pause.

RNS: How have your experiences on death row changed your thinking about the death penalty, if at all?

ES: As a chaplain, my job is to represent hope. In the execution process, hope meets reality; you have to focus on the true hope of eternal life. [tweetable]The word “closure” doesn’t belong in the dialog about capital punishment.[/tweetable] Before I arrived at San Quentin, I was not sure what I thought about the death penalty. I would listen to the play-by-play of an execution as a young boy. That experience left me thinking that when you do enough wrong, people will get tired of you and perhaps execute you. After arriving at San Quentin and having men on my death row caseload be released into free society, my thought has never moved beyond what if one of those guys had been executed. The reality that death is final and the system can be flawed is where I arrived as a result of working there. 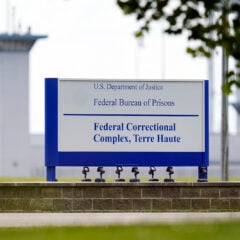