At lunch recently, a dear Catholic friend of mine talked to me about the practice of abstaining from meat at Lent and on other occasions. He said that a priest reminded people that if they were busy judging others for not having the same self-will or piety they had themselves, then they should “Eat a Cheeseburger and Save Your Soul.”

I thought it was such a wonderful idea, I immediately wanted to apply it to Mormonism.

How often do we as Mormons think that our commitment to the Word of Wisdom makes us superior to others? How often do we hear parents telling children that x person or y person is making “a very bad choice” or “will be sorry” when they take a drink or smoke a cigarette?

It is one thing to vow not to drink alcohol, coffee or tea for ourselves; it is something else again to figure out how to deal with others who are making a different choice.

When I was in high school (I still have difficulty believing this happened at the ripe old age of 14), my sister and brother-in-law gave me a test. They offered me a list of sins and asked me to put them in order of gravity. Among the sins were smoking, drinking alcohol, drinking coffee, fornicating, and murder. I put drinking coffee, drinking alcohol, and smoking at the top of the list and put murder and fornicating at the bottom.

Looking back, I can see why I did this. Obviously, my impression came from the number of lessons I had heard on each of these topics. I am sure that my young women’s leaders thought that murder was pretty far down on the list of likely sins, so they didn’t spend much time on it. (I’m not sure why they thought fornicating was so unlikely. I suspect this was because they talked about sexual sins in such veiled language I actually had no idea what they meant — a problem I still think needs to be dealt with in the church today.)

But I understood clearly how bad it was to drink coffee or tea. I would NEVER do that because it would cause me to be cast out of the church and it would make my parents ashamed of me.

Of course, I’m not saying that we should encourage teens to drink alcohol or tell them it doesn’t matter if they do it or not. I sometimes wish we talked about the problem more in terms of physical addiction than in terms of spiritual sin, however.

I wish that we thought about people who did not have the wise counsel of parents and prophets as being worthy of our compassion and love. I think parents are often so afraid that their children will be tempted by bad habits that they keep them far away from anyone who may have different life experiences. In Utah, I see this fairly often, when parents encourage their children not to make close friendships with non-Mormons. Yet this strips everyone of the chance to learn and to live deeply.

What if every time we chose not to drink coffee in the morning, we spent some time feeling love for those around us who make different choices? What if when we declined a drink alcohol at a night-time business event, we chose not to feel superior, but to ask questions of others about their religious beliefs? What if we took the opportunity each time we see someone smoking to say a prayer for peace and love in the world?

I don’t think I’m aiming at pitying people who don’t follow the Word of Wisdom, but every part of our worship of God should ideally make us better able to serve as His hands, and be more loving.

If we’re so busy defensively explaining why the caffeine in coffee is actually different than the caffeine in the hot cocoa we’re enjoying, are we losing a chance to have a real spiritual experience? If so, then maybe we should drink a coffee, and save our soul? 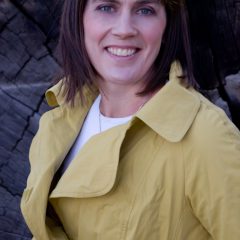 Mette Ivie Harrison is a novelist whose whodunit The Bishop’s Wife has earned rave reviews since it was released late last year. She has a PhD from Princeton University and is a nationally ranked triathlete.

She is a monthly guest here at Flunking Sainthood (for some of her previous posts, see “My Daughter Isn’t a Mormon Anymore” or  “Possible Long-Term Consequences of Mormon Modesty“).
Share
Tweet
Share