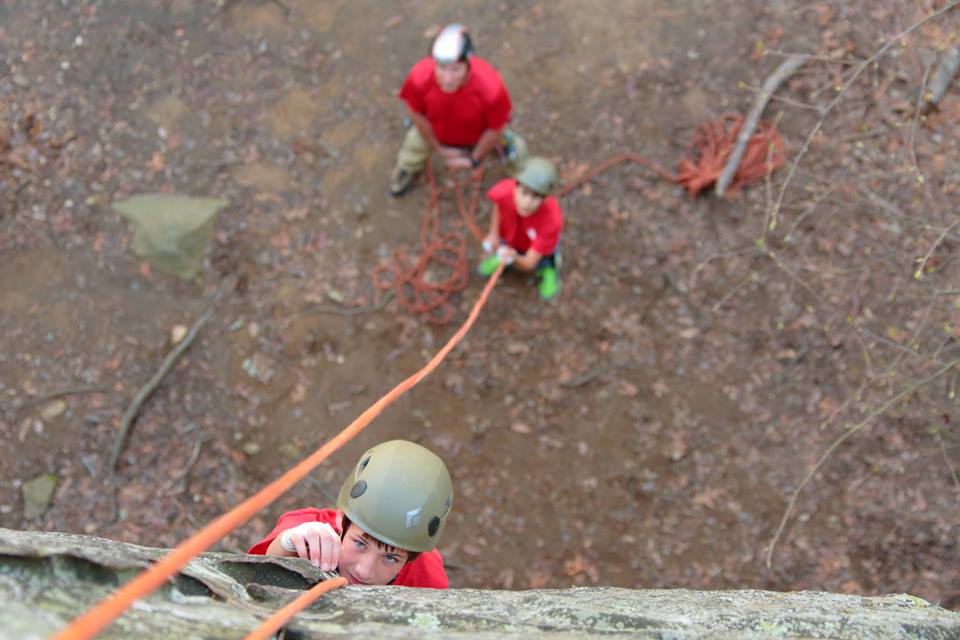 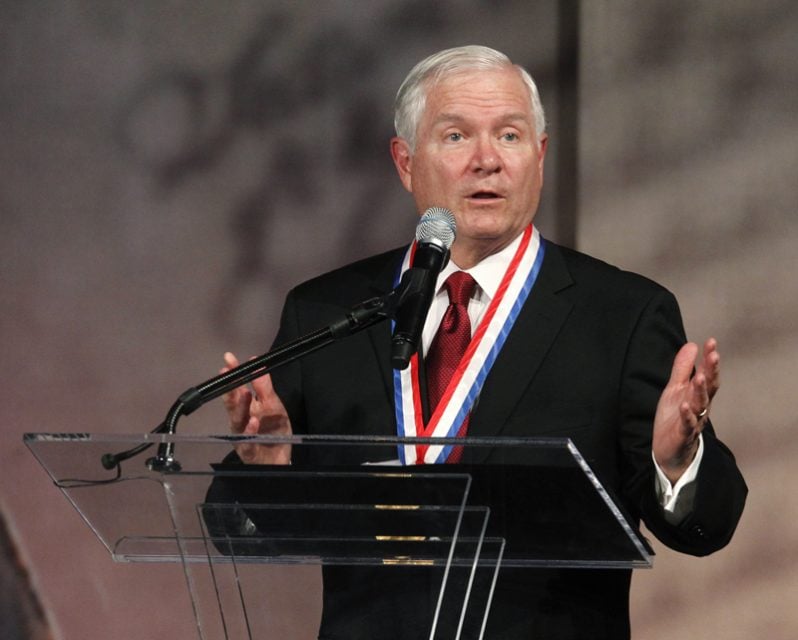 Former U.S. Defense Secretary Robert Gates speaks after being awarded the Liberty Medal at the National Constitution Center in Philadelphia on September 22, 2011. Photo courtesy of REUTERS/Tim Shaffer
*Editors: This photo may only be republished with RNS-BOY-SCOUTS, originally transmitted on May 29, 2015.

(RNS) The phone calls and emails have been pouring in at Trail Life USA since Boy Scouts of America President Robert Gates said his organization should remove its ban on gay leaders.

“I think this is the major public turning point," said John Stemberger, chairman of Trail Life USA, which bills itself as a Christian alternative to the Boy Scouts. "The handwriting is on the wall.”

After Gates’ remarks, Trail Life's Facebook page “likes” increased by more than 3,000. The group that began with almost 500 troops in January 2014 now has 567 troops in 48 states. Another 200 are in the process of joining.

Meanwhile, leaders of faith groups, which sponsor 70 percent of Scouts’ units, had mixed reactions. Catholics and Mormons appear to be taking a wait-and-see attitude, Methodists plan to mull the next steps with BSA officials, and some progressive groups are welcoming the possible change but say it may take an actual revision before they see a significant boost in participation.

In a letter to “fellow Catholic Scouters” posted on Facebook, Edward P. Martin, national chairman of the National Catholic Committee on Scouting, said his group supports the “viable form of youth ministry” it provides with the BSA.

“We will continue to pursue that mission until such time BSA rules conflict with Catholic teaching,” he wrote. “That hasn’t happened yet, nor do we expect it to happen.”

Martin noted that Gates said in his May 21 comments that organizations with BSA charters should be permitted “to establish leadership standards consistent with their faith.”

"Let’s wait and find out what is actually proposed,” he said he tells groups that are wondering about leaving the BSA.

The BSA said its Executive Board is expected to make a decision by October.

The Scouts have seen a decrease in membership since their 2013 policy change permitting gay Scouts. Overall, 2.4 million youth participated in BSA programs in 2014, a decrease of about 7.4 percent from 2013.

Turner said that “in a number of cases,” units have moved from a local congregation that no longer wanted to affiliate with the BSA to another affiliated faith group. While some councils, or local groups of Scouts, have seen membership growth for years, others “had some fairly significant losses.”

He could not name a specific faith group that has altogether left the BSA. 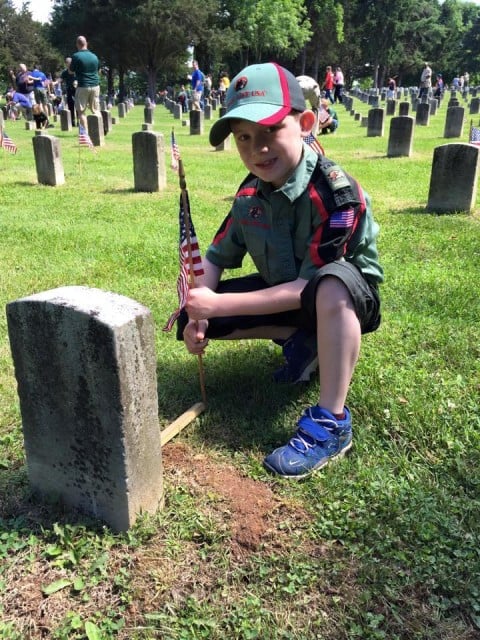 But a BSA report on trends in membership of faith-based chartered organizations shows that most listed groups saw a decline in youth membership from 2012 to 2013, ranging from 0.4 percent in the Episcopal Church's affiliated groups to 14.2 percent among Baptist churches. The only exception to the decline was the Mormon church, which had an increase of 1.5 percent.

“The Church of Jesus Christ of Latter-day Saints will, of course, examine any such changes very carefully to assess how they might impact our own century-long association with the BSA,” the Utah-based faith group said in a statement after Gates’ speech.

“We will be in conversation with the BSA relative to Dr. Robert Gates' remarks,” said Larry Coppock, national director of the United Methodist Church’s Scouting office.

On Wednesday (May 28), the Liberty Counsel, a legal and policy organization dedicated to religious freedom, asked its supporters to sign a petition to the BSA that declares “No compromise! Keep troop leaders and scouts morally straight!"

“We strongly encourage you to keep the BSA organization and its members doing your duty to God and country, reaffirming your goal to be 'physically strong, mentally awake, and morally straight,'" reads the petition, which will be hand-delivered to BSA leaders on June 5.

Trail Life, whose chairman expects some denominations will slowly transition out of the BSA, will be exhibiting at June’s annual meetings of the Presbyterian Church in America and the Southern Baptist Convention.

“Though we continue to be disappointed in their 2013 decision, we are not surprised that the trajectory set into motion two years ago continues to unfold,” said Roger “Sing” Oldham, spokesman for the SBC’s Executive Committee.

As faith leaders of all perspectives await word on what the BSA will do next, some churches that affirm LGBT people have strengthened their ties with the Scouts since its 2013 decision to accept gay Scouts.

“I do hear that people are encouraged by Dr. Gates' speech, but whether it will be a catalyst for new engagement will depend on what policy change actually gets adopted and how it is implemented over time,” said the Rev. Mike Schuenemeyer, the United Church of Christ's liaison with the BSA. “The history of exclusion will take some time to get past for a number of people and congregations.”

Related Posts
By Alejandra Molina
Who is Junipero Serra and why are California protesters toppling statues of this saint?
By Alejandra Molina
Faith leaders around the country prepare for historic Juneteenth celebrations
By David Crary
Amid pandemic, scores of US Catholic schools face closure
By Adelle M. Banks
National Day of Prayer, reshaped by pandemic, includes interfaith and online events
By Alejandra Molina
On LA’s Skid Row, Catholic Worker’s ‘Hippie Kitchen’ adjusts to COVID-19