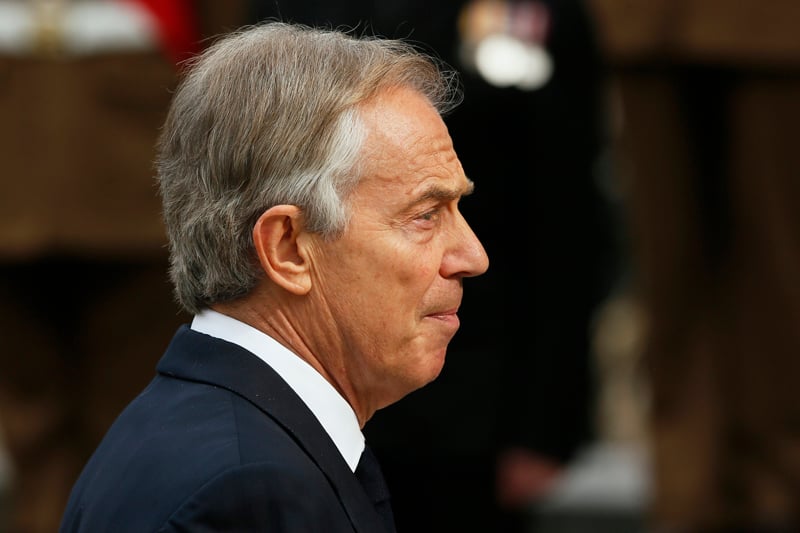 Former British Prime Minister Tony Blair arrives for the Afghanistan service of commemoration at St. Paul's Cathedral in London on March 13, 2015. Photo courtesy of REUTERS/Stefan Wermuth
*Editors: This photo may only be republished with RNS-BLAIR-TOLERANCE, originally transmitted on June 4, 2015.

A week after he stepped down as Middle East envoy of the Quartet -- the United States, United Nations, European Union and Russia -- Blair announced he is the new chairman of the European Council on Tolerance and Reconciliation.

The organization describes itself as “an opinion-making and advisory body.”

It campaigns for all European countries to adopt laws that criminalize Holocaust denial, to create clearer definitions of what constitutes racism and anti-Semitism and to oblige governments to pay for security at synagogues and Jewish schools.

The council was founded in 2007 by Russian-born Jewish businessman Moshe Kantor, now its president.

Blair, who was prime minister from 1997-2007, replaces a former Polish president as chairman of a board that also includes Jose Maria Aznar, the former Spanish prime minister.

Blair will not be paid personally for his new role, but his faith foundation will receive an annual donation; his office refused to disclose the amount. Kantor's net worth is about $2.4 billion, according to Forbes.

In a joint article published June 4 in The Times of London, Blair and Kantor said ECTR wants to reach thousands of students across Europe over the next two years, working for racial and religious tolerance.

They said: “It is our firm belief that it is not religion or faith that causes or foments conflict. It is the abuse of religion, which then becomes a mask behind which those bent on death and destruction all too often hide.”

Kantor is also president of the European Jewish Congress.