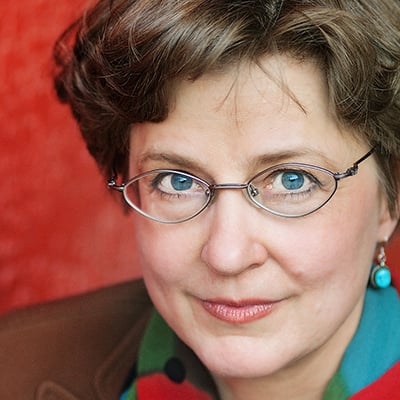 Historian Mark Noll once argued that evangelicalism was an intellectually weak movement. Nancy Pearcey hopes to lead a movement to change that. (Photo Credit: Amanda Rockafellow)

The evangelical emperor has not intellectual clothes. Such was historian Mark Noll’s argument in his 1995 book “The Scandal of the Evangelical Mind.” While the notion that evangelicals are just plain dumb is a both a generalization and a canard, it is correct that the movement has not always been intellectually rigorous.

Noll’s book jostled the evangelical movement. They forced evangelical colleges to reevaluate their pedagogical rigor, spawned the creation of Books and Culture magazine, and pushed many Christian intellectuals to the fore. One such thinker was Nancy Pearcey.

Pearcey arrived on the scene when she co-authored a book with Charles Colson, “How Now Shall We Live?,” which urged the faithful to develop a Christian worldview and sold more than 350,000 copies. Formerly the Francis Schaeffer Scholar at the World Journalism Institute, Pearcey serves as a professor at Houston Baptist University and a fellow at the Discovery Institute . She has also continued to publish books on apologetics and Christian thought, including the Gold Medallion-winning “Total Truth: Liberating Christianity from Its Cultural Captivity” and her newest title, “Finding Truth: 5 Principles for Unmasking Atheism, Secularism, and Other God Substitutes.” Here we discuss her mission and message.

RNS: You’re an agnostic-turned-Christian-apologist. What about this gives you a unique voice in your current role?

NP: A conviction that questions must be taken seriously—because I had them myself. About midway through high school, I started asking questions about my Christian upbringing, starting with the basics: “How do we know Christianity is true?” None of the adults in my life—parents, pastors, professors—offered any answers, so I eventually decided Christianity must not have answers. I discarded my church background and started reading books on philosophy, hoping maybe that’s where I would find people who address the big questions: “Is there truth?” and “Is there meaning to life?”

My journey led to thorough-going skepticism and relativism, until finally I stumbled across L’Abri, the ministry of Francis and Edith Schaeffer in Switzerland. That’s where I first encountered Christians capable of engaging the secular world of ideas. I concluded that [tweetable] Christianity is not a privatized religious “belief system” but truth about all of reality.[/tweetable]

RNS: What did you learn from working with Chuck Colson that has prepared you for your work today?

NP: That ordinary people are hungry for Christian worldview. I came on board at Prison Fellowship to start Breakpoint radio. Though the program aimed at a popular-level audience, as founding editor I was determined that each commentary would deliver a nugget of genuine worldview teaching. Writing more than a thousand commentaries myself, I also built a team of staff and freelance writers to produce broadcast-ready scripts on a wide range of topics. I operated with a grid to make sure Breakpoint educated listeners across several categories: education, science, politics, bioethics, the arts, pop culture, and so on.

Almost overnight, Breakpoint became more wildly successful than Chuck Colson or Prison Fellowship had dreamed. Clearly, the Christian public is eager to go beyond “insider” church talk and wrestle with worldview issues, if expressed in accessible language and connected to relevant current events.

RNS: The catch phrase on the cover of your latest book is “Don’t Think. Just Believe?” Talk about what’s behind this phrase.

NP: Romans 1 says we can test ideas about God against universal experience—evidence available across all cultures, all periods of history. This is what we call “general revelation.” For example, we all have direct awareness of human nature. How does that give evidence for God? Since humans are capable of thinking, the first cause that created them must have a mind. Since humans are capable of choosing, the first cause must have a will. As philosopher Étienne Gilson puts it, because a human is a someone and not a something, the source of human life must also be a Someone—not the blind, automatic forces of nature, as philosophies like materialism and naturalism tell us.

Christianity fits the most compelling experience of all people everywhere. The great drama of history is the tug of war between God and humanity, as God reaches out to make himself known and humans seek to suppress that knowledge.

RNS: You say that atheism can be a “God substitute.” Explain.

NP: It’s impossible to think without some starting point. Atheists typically start with matter—putting matter in the place of God as the eternal, self-existent source and first cause of everything else. Humans are reduced to biochemical machines. Robots. But atheists’ philosophy is contradicted by their own experience.

Rodney Brooks of MIT insists that a human is a “big bag of skin full of biomolecules” reducible to physics and chemistry. “When I look at my children, I can, when I force myself, … see that they are machines.” Yet is that how he treats them? Of course not. “I give them my unconditional love,” he says, while admitting that love has no “rational analysis” within his worldview. Robots don’t love. Brooks’s materialism is too small to account for his own behavior. Though his worldview says he is a machine made in the image of matter, his humanity keeps telling him he is made in the image of God.

RNS: Some postmoderns argue that the modern apologetics movement has made Christianity cerebral, that it has taken a head-based rather than heart-based approach to Christianity. They argue that it–perhaps as a reaction to the Enlightenment–has taken an almost scientific approach to faith, and thereby stopped faith of what makes it special. Is this a fair critique?

NP: If Christianity is too cerebral, the news has not reached young people yet. In Finding Truth, I cite studies asking young adults why they abandoned their childhood religion. Researchers expected to hear stories of emotional wounding and relationship issues. To their surprise, the most frequent reason epressed was that they did not get answers to their doubts and questions.

The largest study asked open-ended questions, so these were young people’s own words: “It didn’t make any sense anymore” and “Some stuff is too far-fetched for me to believe” and “Too many questions that can’t be answered.” The study concluded that the top reason for de-converting was “intellectual skepticism.”

The biblical concept of faith does not pit head against heart. [tweetable]Faith means trusting in practice what we have good reasons to hold as true.[/tweetable]

RNS: Much of Christianity–particularly American evangelicalism–is a male-dominated movement. What kinds of hurdles have you encountered as a woman thought leader in this movement, if any?

NP: The same hurdles women face in the secular world. For example, studies have found that when the same application was submitted twice—under “John” and “Jennifer”—the woman was judged less competent and offered a lower salary, even though the resume, references, etc., were identical. [tweetable]The evangelical world too often suppresses women’s gifts like the secular world.[/tweetable]