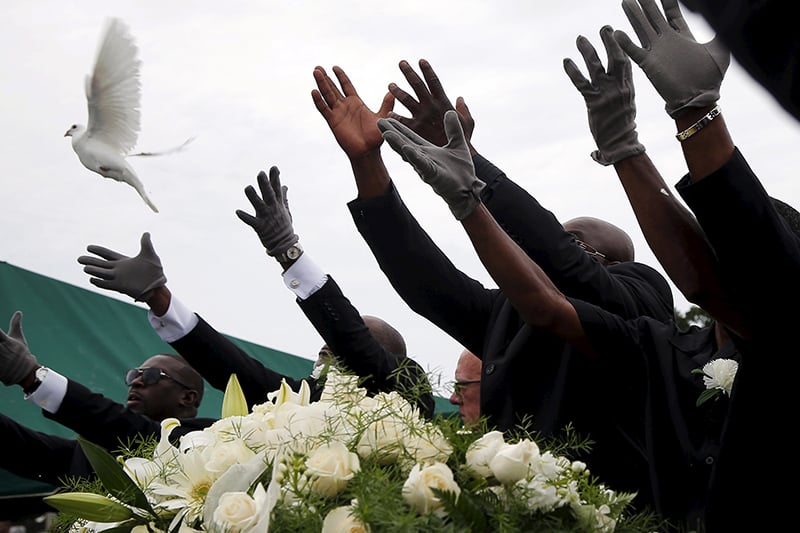 Pallbearers release white doves over the casket of Ethel Lance as she is buried at the Emanuel African Methodist Episcopal Church cemetery in North Charleston, S.C., on June 25, 2015. Lance was one of the nine victims of the mass shooting at the Emanuel AME Church. Photo courtesy of REUTERS/Brian Snyder
*Editors: This photo may only be republished with RNS-FAITH-FORGIVE, originally transmitted on June 25, 2015.

(RNS) — Forgiveness is in the air.

“We already forgive him for what he’s done, and there’s nothing but love from our side of the family,” said Chris Singleton.

Many other relatives and friends of the nine church members slain on June 17 also offered Roof forgiving words.

Then there are the victims of the 2013 Boston Marathon bombing. In the wake of Dzhokhar Tsarnaev’s statement of remorse Wednesday (June 24), some forgave him for the deadly mayhem that led to five deaths and the maiming of more than 260. 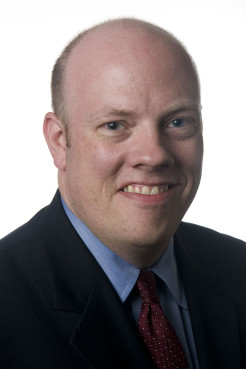 The forgiveness in Charleston and Boston has startled and moved people. But it has also provoked skeptics who wonder why – in the face of little, late or no remorse — victims have pronounced these violent young men “forgiven.”

“Distinguish between forgiveness and excusing behavior. Forgiveness doesn’t mean giving up moral judgment. It means giving up on enacting vengeance. From what I saw from the South Carolina families, it was the desire to speak a different word when faced with hate, and not to return hate with hate.

“In Christianity we would talk of forgiveness being a moral necessity. That doesn’t mean it comes cheap and it doesn’t mean it can be wrested out of our hands. It’s something we have to offer. We do not do it to let the perpetrators off the hook. We do it to preserve our own humanity.”

Islam: The Quran offers an alternative to violence

“Yes, the Bible and the Quran speak of ‘an eye for an eye.'” But the Quran also suggests an alternative to answering violence with violence: forgiveness. Were everyone to follow ‘an eye for an eye,’ you would have “a huge number of people who would be eyeless.”

Syeed told the story of Tariq Khamisa, a 20-year-old Muslim man gunned down in 1995 by a 14-year-old San Diego gang member while delivering pizzas. The victim’s father, Azim Khamisa, learned that the killer lived without a father and that his mother was addicted to drugs. Khamisa took seriously the Islamic teaching that on the 40th day of mourning, grief should be channeled into an act of compassion. Together, Tariq’s father and the killer’s grandfather built the Tariq Khamisa Foundation — an organization committed to “stopping children from killing children.”

Forgiveness, Syeed said, “ultimately helps us to create a society where we are concerned about the children of other people, and when we see that they are going the wrong way, it becomes a collective responsibility to put them on the right path.” 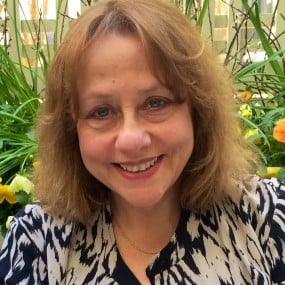 Judaism:  Jews ‘obligated to forgive those who have offered an apology’

“God can forgive us for sins we have committed against God, but only other human beings can forgive us if the sins are ones directed against them. When we have made these efforts we can hope to be forgiven and to have our relationships restored. We are absolutely obligated to forgive those who have offered apology, sincerely repented and tried to repair the damage their actions may have caused and who have refrained from repeating the original offense.

“As to whether Roof and Tsarnaev can or should be forgiven, there is no one Jewish answer. Were either of them to offer sincere repentance and recognition of the harm they have caused, were either of them to then work to in some way seek to make reparations and were either of them to then show that they would never behave similarly if an opportunity arose again, then according to Jewish tradition there would be an obligation to offer forgiveness for the crimes committed against those who have been hurt by them. That could include family members, their cities and our nation.”